When 18 teams, made up of Maryland Institute College of Art (MICA) students and Hopkins engineering students, were given the assignment to create an innovative “life hack,” it seemed as if one group would focus on the aesthetics and the other would focus on the technical design.

To the students’ surprise, everyone contributed to all aspects of the planning and designing.

The teams had specific requirements for their final project: there had to be at least five different materials, the project had to be interactive with moving parts and there was a budget maximum of $100.

Despite having different ideas of what could enhance their lives, teams found common ground in certain areas where a life hack could come in handy.

One team decided that waking up in the morning was a dreaded task that needed a new design. They created the “Rise N’ Shine Machine,” a complex assembly that can wake someone up in seconds. People who attended the show could test out the machine by walking into a set-up bedroom and push a button. Once activated, the lights would automatically turn on, the curtains unveiled and the user’s favorite song would play. Essentially, they tried to make the experience of waking up a more efficient and exciting process.

Another team created “The Remedial Ripple,” a motorized art piece made up of gold blocks that read ‘Peace begins with a smile.’ When turned on, the gold blocks would move at different times and peaks, which created an illusion of a wave. 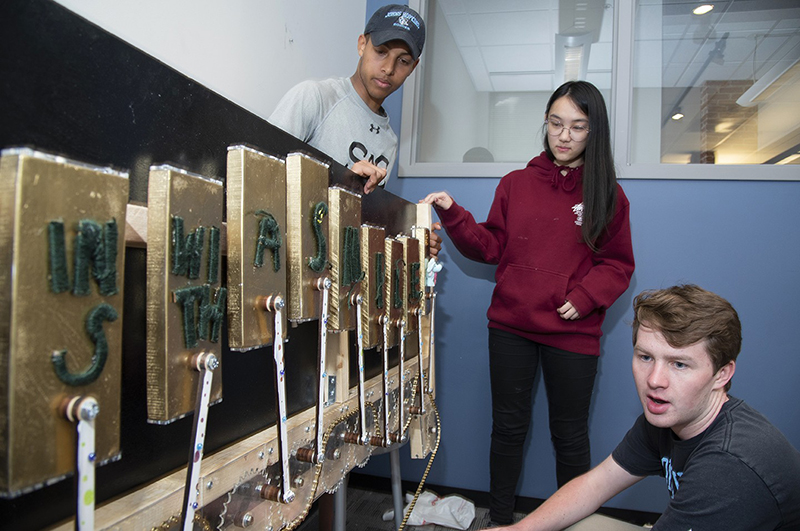 “The Remedial Ripple,” a motorized art installation of gold blocks that reads “Peace begins with a smile.” Credit: Michael Ciesielski

After discussion, another team realized they experienced homesickness, so they created mechanical flower petals that were programmed to open and close depending on the user’s emotional state. Their mood depicted by the flower was then transferred to far away friends or family to check in on the individual user.

Other designs included a hugging machine, a “smart” umbrella and an “ultimate study space.”

The teams showcased their final projects at “Hack Your Life Design Challenge” on the MICA campus. 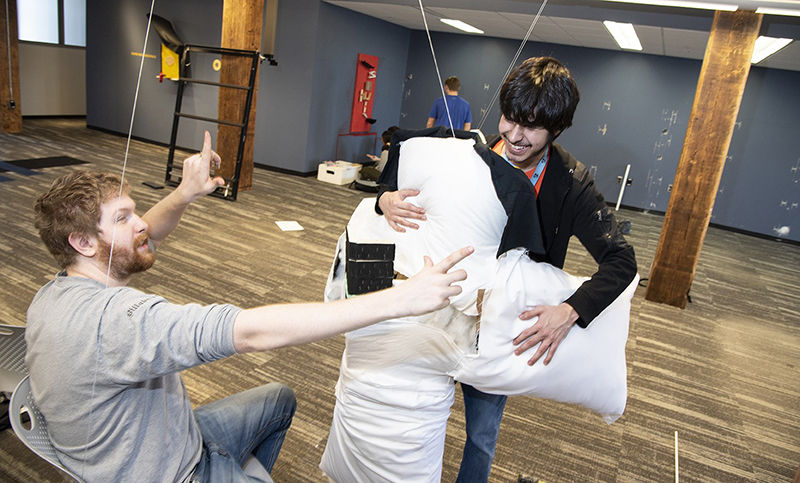