The good times continue for the electronics industry, if one uses the key metric of semiconductor sales as a barometer.

“The global semiconductor market has demonstrated impressive growth through the first quarter of 2018, far exceeding sales through the same point in 2017, which was a record year for semiconductor revenues,” said John Neuffer, president and CEO, Semiconductor Industry Association, in a statement. “Sales in March increased year-to-year for the 20th consecutive month.” 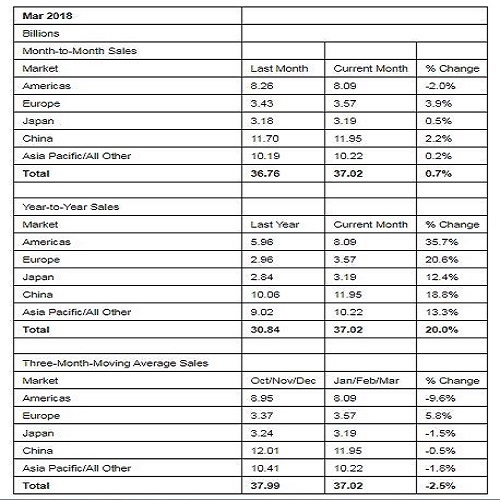