In this era of counter-terrorism, the need for small teams of Special Operations warfighters is continually increasing. To stay a step ahead of the enemy, these forces must be equipped with the best and most durable equipment that today’s technology can offer. Recognizing this, many recent USSOCOM Requests for Proposals for submersible equipment now require operational capability at a depth of 20 m, a substantial increase from the 1-m requirement prevailing as recently as five years ago. This increased operating depth requirement implies other essential characteristics, such as the ability to withstand much greater surface pressure. 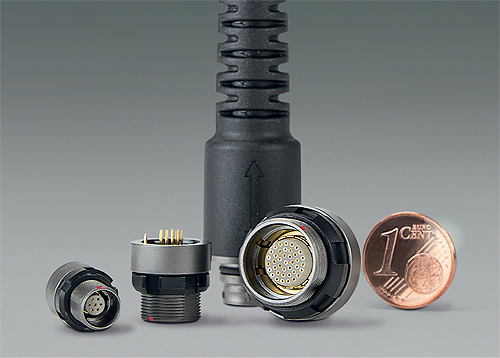 SEAL missions frequently involve infiltrating enemy lines through coastal waters, using their well-known SEAL Delivery Vehicles (SDVs). Unlike full-sized submarines, the SDV is a “wet” submersible vehicle capable of carrying up to six SEALs. The occupants are seated in an open cockpit, wearing their diving gear and ready for immediate action upon arrival at their destination. While in the vehicle, they are able to breathe from either an onboard compressed air supply or from their own air tanks.

In 2009, USSOCOM renewed its interest in underwater operational capabilities with the announcement of the Shallow Water Combat Submersible (SWCS) program, allocating an estimated budget of $530 million over a nine-year period. The SWCS (Figure 2) is scheduled to go into service in 2017. It will replace the current SDV Mark 8 Mod 1.

Operational characteristics of SEAL equipment
In addition to increasing the range from which the SEALs can initiate their missions, the SDV allows them to carry more equipment than they could otherwise take with them. The actual equipment they might use is classified, but some likely items include weapons and munitions, navigation and communications devices, surveillance equipment, battery-powered tools, positioning and measuring devices, and perhaps even medical instruments for search and rescue missions.

While some of this equipment may be entirely self-contained and watertight, it is likely that much of it will comprise multiple units interconnected through external low-voltage electrical cables, such as those used for data transfer. If these I/O cables themselves contain connectors, then those connectors must meet stringent performance standards to avoid being a dangerously weak link in the system. 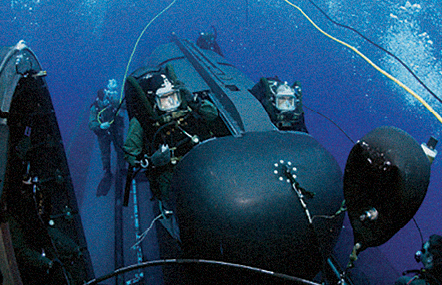 In many commercial systems, cable connectors are the most significant points of failure, particularly over prolonged periods of time. Such single points of failure are unacceptable in the extreme conditions under which SEALs operate. At a depth of 20 m, the ambient pressure is three times greater than the atmospheric pressure at sea level. This means that submersible equipment, and in particular the seals that give the equipment its watertight property, must be designed to withstand the higher pressure over prolonged periods of submersion.

This is just one of the parameters by which the operational characteristics of submersible equipment can be measured. This and others, along with relevant standards, include:

• Water protection—International Protection rating IP68 (as defined in international standard IEC 60529). The “6” indicates a completely dustproof seal, while the “8” indicates waterproof at depths greater than 1 m. No specific standards exist for greater depths.

• Temperature—Ocean temperatures decrease with depth, but the difference in temperature between the surface and 20 m is not significant. More important is the actual location, since water temperatures can vary between -2° C in polar regions and 36° C in tropical regions.

When evaluating cable connectors specifically, other factors must also be considered. These include:

• ease of physical mating and separation
• maximum number of mating cycles without failure, and
• diversity of electrical interface standards supported.

There are numerous Military Specifications (MIL-SPECs) covering a wide range of electrical connectors, and there are several companies that offer connectors designed to meet these specifications. Smaller companies in the field focus on specific niche markets, producing a subset of the MIL-SPEC connectors. Larger companies offer comprehensive ranges of connectors, capable of meeting the majority of military equipment needs.

One company, ODU, has focused on meeting these requirements for some of their submersible connectors capable of operating at the 20-m depth. The durability and reliability of these connectors are battlefield tested; right-angle connectors were used in the Atlantic Signal Dominator headsets worn by members of SEAL Team 6 during several of their top missions.

Broader market for submersible equipment
Although the Navy SEALs have a history spanning back to 1962, many of the missions they carry out today simply would not have been possible in past decades. The technologies essential to the equipment they use today did not exist—digital cameras, GPS tracking, micro-miniature electronics and computers, lithium-ion batteries, nanotechnology, panoramic night-vision goggles and many more.

Some of the modern electronic equipment carried by SEALs is self-contained, requiring no external cables and hence no exposed electrical connectors. However, in today’s data-centric world, connectivity is fast becoming a pre-requisite. Night-vision goggles and a headset connected to a secure tactical radio could, for example, allow remote visual and audio monitoring of every move each SEAL makes, with the data being transmitted in real time to skilled navy personnel aboard the host submarine—a second set of eyes and ears to assist the SEAL if necessary. The same audio/visual data would also be recorded for use in future mission simulations and training exercises.

Currently, only a few 20-m submersible products are available that would be suitable for such an application. Examples of those that do exist include the Harris RF-5800M-HH Multiband Tactical Handheld Radio, HTMI AN/PAS-23 Mini Thermal Monocular, and Atlantic Signal MH180-H-AA Tactical Headset.

The lack of such products opens the door for innovation. When new opportunities emerge as a result of military RFQs, industry suppliers typically respond with a range of products that go beyond just a single model designed to meet the military requirement. There’s a good reason for this: In the past, government procurement budgets often included funds for development of new types of products. However, with today’s economic climate and budget constraints, military RFQs for smaller or less specialized items place the development costs back in the hands of would-be suppliers.

Communications and surveillance devices, such as the three mentioned above, are examples of products for which a 20-m submersible capability is, or may soon be, required. Other potential categories of interest to the SEALs likely include handheld computing devices (tablets and pads), miniaturized cameras, short-range underwater drones, navigation and GPS devices, tools, medical devices and, of course, weaponry.