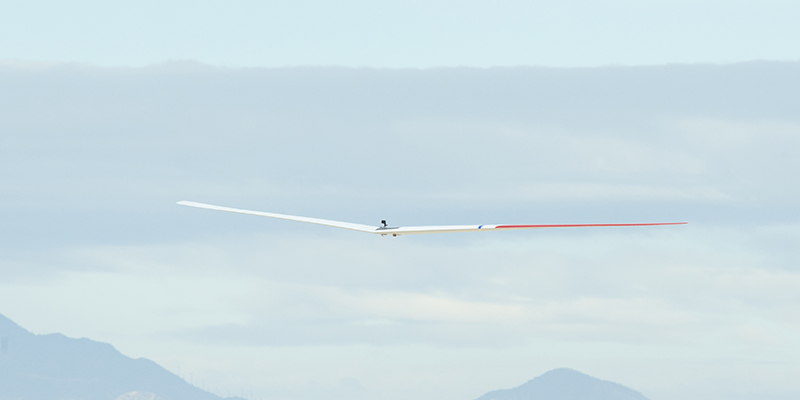 The first flight of the Preliminary Research Aerodynamic Design to Lower Drag, or Prandtl-D No. 3, completed a set of flight tests on Oct. 28.

The Prandtl-D No. 3, which has a 25-foot wingspan, reached an altitude of about 160 feet during the first flight and cruised at 15 mph. Two additional flights resulted in a higher altitude of about 210 feet and a flight lasting two minutes, 55 seconds.

“It flew beautifully,” said Albion Bowers, NASA Armstrong chief scientist and Prandtl-D project manager. “This is a slightly different design than the first two Prandtl-D aircraft with the correct twist that we want to optimize the aircraft’s efficiency. Next we would like to get the University of Minnesota data-collection system onboard and fly it a few times.” 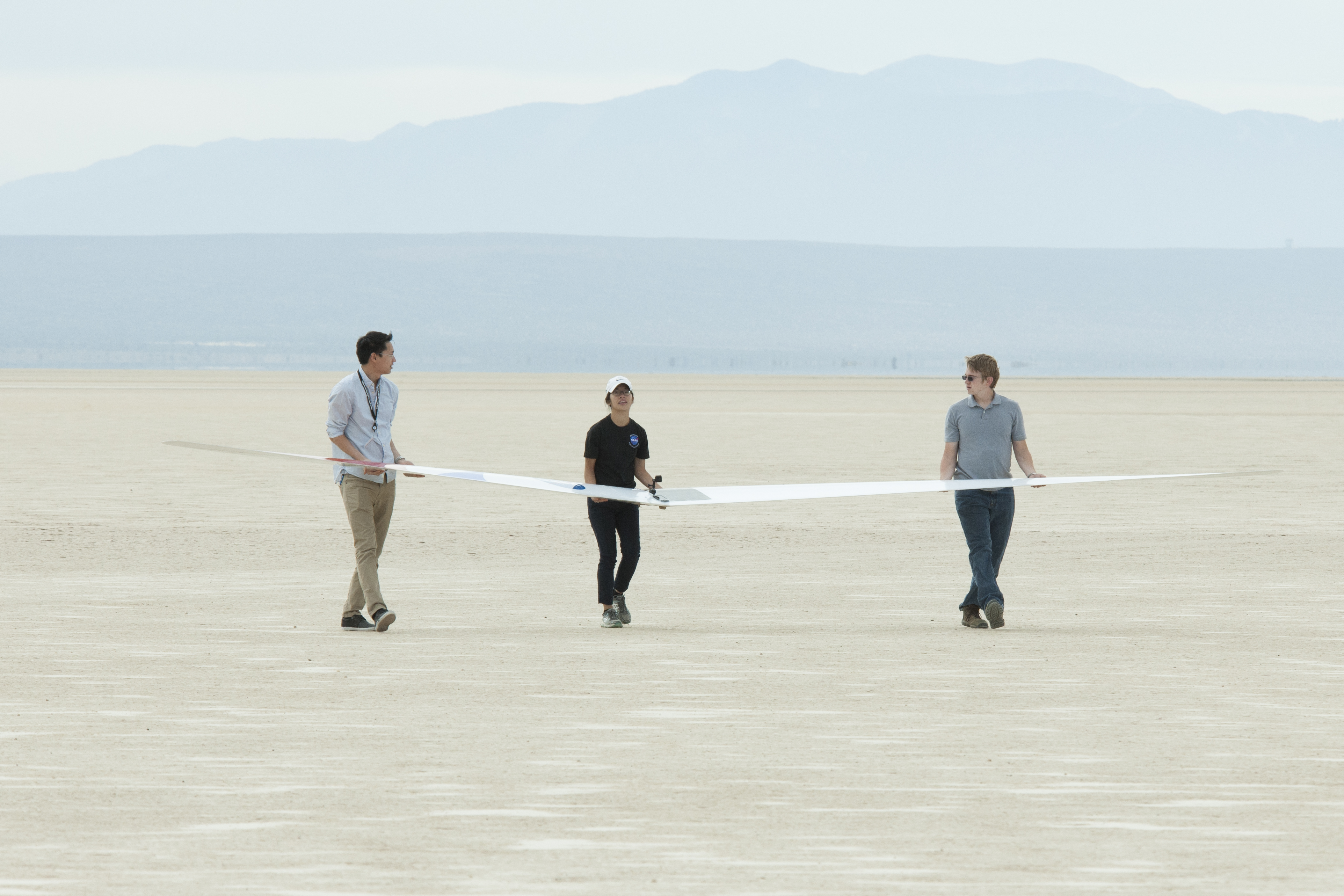 David Lee, Golda Nguyen and Scott Gleason recover the Prandtl-D No. 3 after one of its first flights. Credits: NASA Photo/Lauren Hughes

“It’s double the weight and double the wing span of the previous two vehicles, but it’s half the wing loading so it flies very, very nice, very majestic and very stable,” he explained. Wing loading refers to the relationship of the aircraft’s weight to its wing area.

The flights were intended to validate the subscale aircraft’s aerodynamics before adding instrumentation and flying data collection missions. The two previous Prandtl-D vehicles had a wingspan of 12.5 feet and flew for about one minute, 30 seconds.

The Prandtl-D was fabricated from carbon fiber, fiberglass and foam at NASA Armstrong and launched by a bungee cord. Future flights may include release from a remote controlled tow plane.

Continued success of the Prandtl-D aircraft could validate future aircraft designs using the same wing loading, resulting in an 11-percent fuel savings. Another 30 percent fuel savings could be achieved if future designers use the controls benefits of this new wing design to eliminate the use of aircraft tails, thus flying more like birds.