Sunstone Circuits®, a printed circuit board (PCB) prototype solutions provider, has announced the newest version of their free PCB design tool, PCB123®. Features of the new version include new and improved Edit Panels, the addition of drag-and-drop functionality for parts, and smoother rendering performance.

Users of PCB123 will see several benefits of working with the new version including: 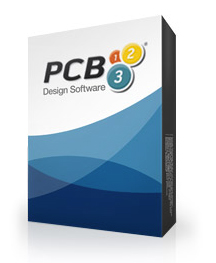 With the new version 5.1.0, PCB123 users will notice that the Display Tab for the layout view has been significantly reworked. The old-style green edit controls have been configured, and all panes are resizable horizontally and vertically. New, informative tooltips on many controls teach the user what is useful about the feature. In the Layer Display pane, a scrollbar has been added for user convenience when designing with many layers, and color visibility selection on the Layout Appearance pane is now identical to the Layer Display. The overall appearance is cleaner and transitions from layout to schematic to BOM to 3D and between other projects result in no flickering or flashing of the controls. The Parts Tab on the layout view’s Edit Panel is new and allows drag-and-drop directly from the part nodes of both the library and project trees as well as placement by double clicking. The schematic view has the same Parts Tab and the same functionality.

PCB123 rendering performance has been improved for large project files that contain a lot of copper pours, have many edges and a lot of objects on them that need clearance provided by the program. Users will notice improved responsiveness in the tool, making the user more effective while designing a PCB. Projects load and refresh more quickly when zoomed out (i.e. when more of the PCB is in view) and when panning or zooming with the mouse while holding the right mouse button down. There have also been a lot of accelerator keys added, making for more effective power user input.

“PCB123’s addition of drag-and-drop for parts, and the change in uniformity between control panels for layout and schematic views, will have a very big impact on the user’s ability to save time and money while designing their PCB,” said Sunstone’s CAD/EDA Marketing Manager, Nolan Johnson. “The improvement in rendering performance alone will save valuable time in the
layout and design process, with designers being able to build their prototypes faster and ultimately have their finished products more quickly and with less effort. Couple these new features with the new Sunstone On-Time Guarantee, and you have service unmatched in the industry. Our customer’s PCB123 order is guaranteed to ship on time, to arrive on or before the scheduled delivery date. If not, we’ll refund 100% of the PCB costs, plain and simple.”

The new benefits of PCB123 version 5.1.0 join a growing list of product features which make the prototyping process even easier and more accurate from project concept to PCB delivery:

“The improved Parts and Display panels in the new version are really good. This is a nice improvement in PCB123. Also, being able to see the symbol/footprint of a part is a great feature of the new release. On the Display, being able to center on the location of the board by d-clicking is huge! The User Preferences options that have been added to the Edit Panel are intuitive and work well.” PCB123 User, Adam Andrade, Qualcomm Inc.

This latest version of PCB123 joins a growing suite of PCB solutions from Sunstone which includes extended cutoff times, the new interactive Quickturn quote form, a real On-Time Guarantee, Bundled Assembly, Slots & Cutouts and Expanded Drill Sizes on PCBExpress Quickturn and PCB123, SMT Stencils with or without nano coating, and ITAR Registration, to name a few. Sunstone has also recently launched a new company website, at www.sunstone.com. With all of these offerings, Sunstone Circuits is continuing to differentiate themselves as the preferred comprehensive PCB solutions provider within the marketplace.