The Thomas fire, the fifth largest in California’s history, continues to creep towards Montecito and Santa Barbara, and is currently 234,200 acres in size. That is about 4,200 acres larger than yesterday. Reports today are citing the fire at 20 percent containment per Inciweb.

Because the region was relatively cloud free last night, NOAA/NASA’s Suomi NPP satellite’s Visible Infrared Imaging Radiometer Suite (VIIRS) observed smoke over Santa Barbara using its Day Night Band. Using local weather information and combinations of the data from Suomi NPP’s various instruments indicates that the weather phenomenon was smoke, and overcast at 4,800 ft. The scattering of light in Santa Barbara is due to a combination of smoke and clouds.

Suomi NPP is also able to give detailed information that even shows temperature differences within the various land areas. In this image, in the area the fire had burned, the 11-3.9um channel showed significantly different temperatures than the surrounding foothills. According to William Straka III, a researcher from the University of Wisconsin-Madison, this is a possible indicator of the burn scar left over from the fire. 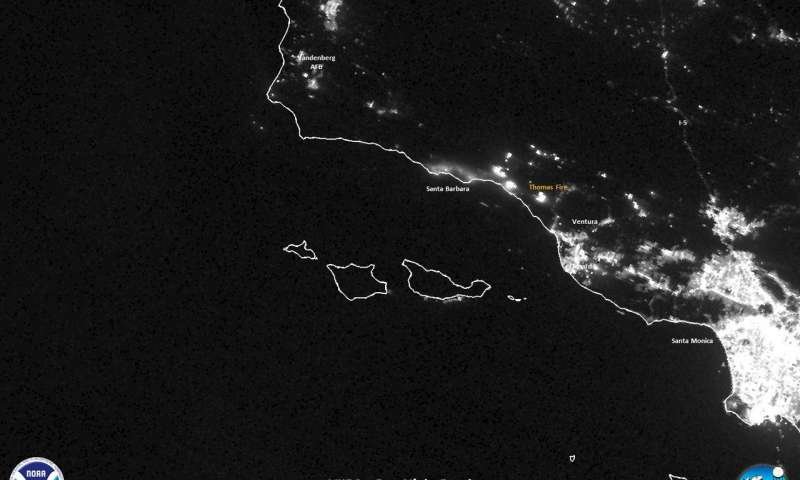