NVIDIA awakened the world to computer graphics when it invented the GPU in 1999. From our roots in visual computing, we’ve expanded into super, mobile and cloud computing. NVIDIA’s mobile processors are used in smartphones, tablets and auto infotainment systems. PC gamers rely on GPUs to enjoy spectacularly immersive worlds. Professionals use them to create visual effects in movies and design everything from golf clubs to jumbo jets. And researchers utilize GPUs to advance the frontiers of science with high-performance computers.

One of the most complex processors ever created, the GPU is the engine behind state-of-the-art computer graphics and energy-efficient computing. NVIDIA’s latest GPU architecture, Kepler, boasts 7 billion transistors. Based on Kepler, the GTX690 is the fastest, most energy efficient GPU ever built. And key features in Kepler will make supercomputing more efficient and accessible. 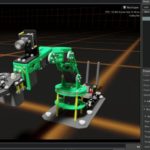 The new Isaac simulation engine creates good photorealistic environments, and streamlines synthetic data generation and domain randomization to build ground-truth datasets to train robots in applications from logistics and warehouses to factories of the future. Omniverse is the underlying foundation for NVIDIA’s simulators, including the Isaac platform — which now includes several new features. Discover […] 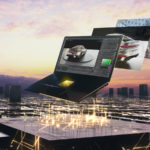 NVIDIA announced a range of eight new NVIDIA Ampere architecture GPUs for next-generation laptops, desktops and servers that make it possible for professionals to work from wherever they choose, without sacrificing quality or time. Using the NVIDIA RTX GPUs, engineers can create groundbreaking products on any system. “Hybrid work is the new normal,” said Bob… [Read More] 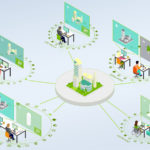