“The potential threat to the city from an accused murderer considered armed and dangerous is now over, closing another chapter of this horrific tragedy,” Houston mayor Sylvester Turner said, according to CNN. “And once again it involved heroic acts by frontline officers of the Houston Police Department, which has my gratitude for how it has handled this case and so many others.”

Hausknecht was fatally shot last month while bicycling to work one morning last month. According to police documents, the shooter tailed Hausknecht on a bicycle for several miles before passing the physician, turning to face him, and opening fire. Hausknecht was hit in the head and torso. He died after being transported to nearby Ben Taub Hospital. 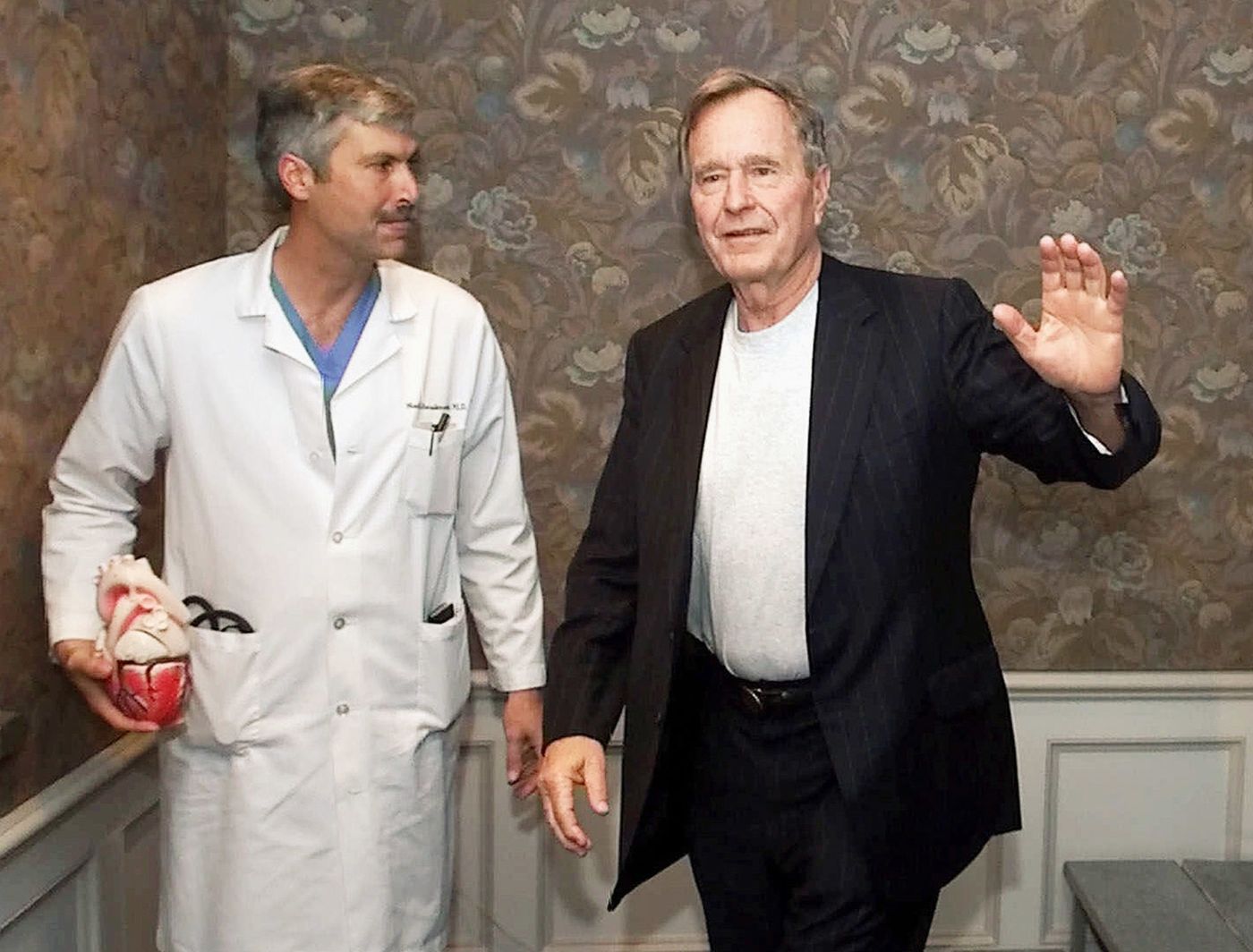 Police were stymied in their efforts to identify the killer, until one of Pappas’s neighbors identified him in surveillance footage. She called the police, and a subsequent inspection of Pappas’s home provided significant evidence that he committed the crime.

When police publicly identified Pappas last week, they noted the likely motive was the death 20 years earlier of the suspect’s mother while undergoing surgery performed by Hausknecht. Houston police chief called it a “20 year old grudge that this man held.”

Authorities say Pappas put an extensive amount of planning into the murder, collecting a highly detailed dossier on Hausknecht’s personal and professional routines. Police also found a list with over 20 names of other hospital employees.

“We can’t put much into that other than to say it was a very extensive list of names,” Acevedo said, according to the Chronicle.

Following the confrontation that ended with Pappas taking his own life, Hausknecht’s widow, Georgia Hsieh, MD, issued a statement expressing gratitude to the community.

“I echo the sentiments of Houston Police Department Chief Acevedo this morning in thanking the numerous departments, communities, and individuals involved whose teamwork and cooperation lead to the rapid resolution of this case,” Hsieh said. “Media’s role in keeping the public informed is also acknowledged. The family can never adequately thank our friends and neighbors who have loved and supported us. I am most grateful, however, for the many wonderful years our family shared together.”