Nordic Semiconductor has announced its multiprotocol SoC, the nRF52840 supports both Bluetooth® 5 (Bluetooth low energy) and IEEE 802.15.4 (the foundation of the Thread networking standard together with the OpenThread stack) is Thread 1.1 Certified. The nRF52840 SoC passed all Thread certification tests while supporting Bluetooth 5 connectivity to a central device. The tests demonstrated the nRF52840 SoC’s capability to support applications that concurrently use Thread and Bluetooth 5 wireless networks (eliminating the need to disconnect from one network before connecting with the other).

Nordic’s nRF52840 SoC is the only multiprotocol SoC on the market that offers this concurrent Thread and Bluetooth 5 support. The capability is enabled by the SoC’s Bluetooth low energy and Thread ‘Dynamic Multiprotocol’ feature (see below) which allows simultaneous support of Nordic’s S140 v5 SoftDevice (the Bluetooth low energy protocol stack for the nRF52840 SoC and part of Nordic’s nRF5 Software Development Kit (SDK) for Thread) and the OpenThread RF protocol stack. OpenThread is the first open-source Thread-certified implementation of the Thread networking protocol, released by Nest Labs, and to which Nordic Semiconductor actively contributes R&D expertise.

For developers, this means that any wireless sensor or product that employs a Nordic nRF52840 SoC can now not only quickly and easily gain Thread Certification, but also be interoperable with (and be commissioned, controlled, or managed by) a Bluetooth v4.0 (and later) wireless technology device, benefiting from both wireless technologies at the same time.

The non-profit Thread Group states that it is focused on making Thread the foundation for the IoT in the home and beyond by educating product developers, builders, and consumers on the unique features and benefits of Thread, while ensuring a positive experience through rigorous, meaningful product certification. Prime home IoT target applications for Thread include: home automation, appliances, access- and climate-control, safety, lighting, healthcare, and security systems. 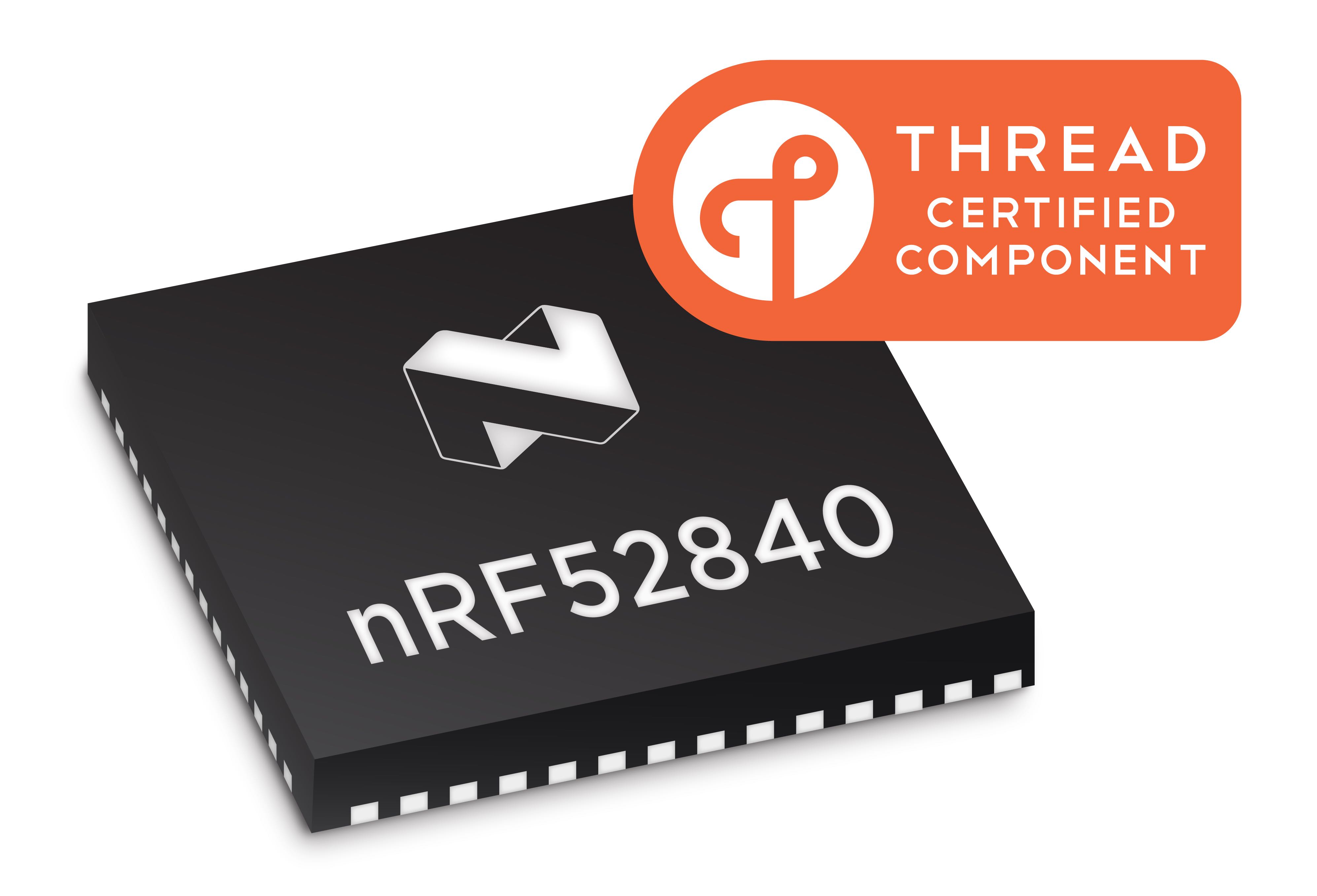