T-Mobile is beefing up its Internet of Things efforts, claiming on Thursday it is the first U.S. wireless carrier to successfully conduct tests of narrowband IoT (NB-IoT) technology live on its commercial network.

The Un-carrier said it conducted the tests alongside Qualcomm and Ericsson across multiple sites on its network in Las Vegas. The trial utilized only 200 KHz of the carrier’s AWS spectrum, T-Mobile reported. Qualcomm VP of Product Management Vieri Vanghi added the trials used that company’s global multi-mode LTE IoT modems.

T-Mobile CTO Neville Ray indicated the trials come ahead of an Un-carrier deployment of the technology later this year.

“Narrowband IoT is no longer a thing of the distant future — T-Mobile is lighting it up this year,” Ray commented. “By investing in Narrowband IoT now, we’re ensuring our customers will be able to bring their products to market faster with better performance, vastly improved battery life, and big cost savings — all on a dedicated highway that’s purpose-built for connected devices.”

T-Mobile reported Las Vegas will be one of the first to have access to its NB-IoT technology. The Un-carrier said it’s teaming up with the City of Las Vegas to deploy IoT technology – including NB-IoT – across the city to deliver solutions like flood and storm drain monitoring, smart lighting, and environmental monitoring of temperature, humidity, and gas.

Michael Sherwood, Las Vegas’ director of Technology and Innovation said the city is “excited about partnering with T-Mobile to bring these technologies to the core of our city in a way that will benefit residents and tourists.”

The move comes as Tier-1 carriers and equipment vendors kick their IoT efforts into high gear. On the NB-IoT front in particular, Sprint has said it’s aiming to deploy Cat-NB1 technology on the heels of its planned LTE Cat-M deployment in the middle of next year. At Mobile World Congress Shanghai last month, Qualcomm debuted its new Snapdragon Wear 1200 platform, which is aimed at bringing Cat-M1 and NB-IoT connectivity to more wearables.

These efforts are the leading edge of a movement that will fuel massive IoT growth over the next four years – growth that is expected to be dominated by the LTE-M and NB-IoT formats. According to Mobile Experts, shipments across U-LPWA and LTE-M/NB-IoT devices are expected to jump from fewer than 350 million in 2020 to more than 550 million by 2021, both up from less than 100 million in 2018. More on that forecast here. 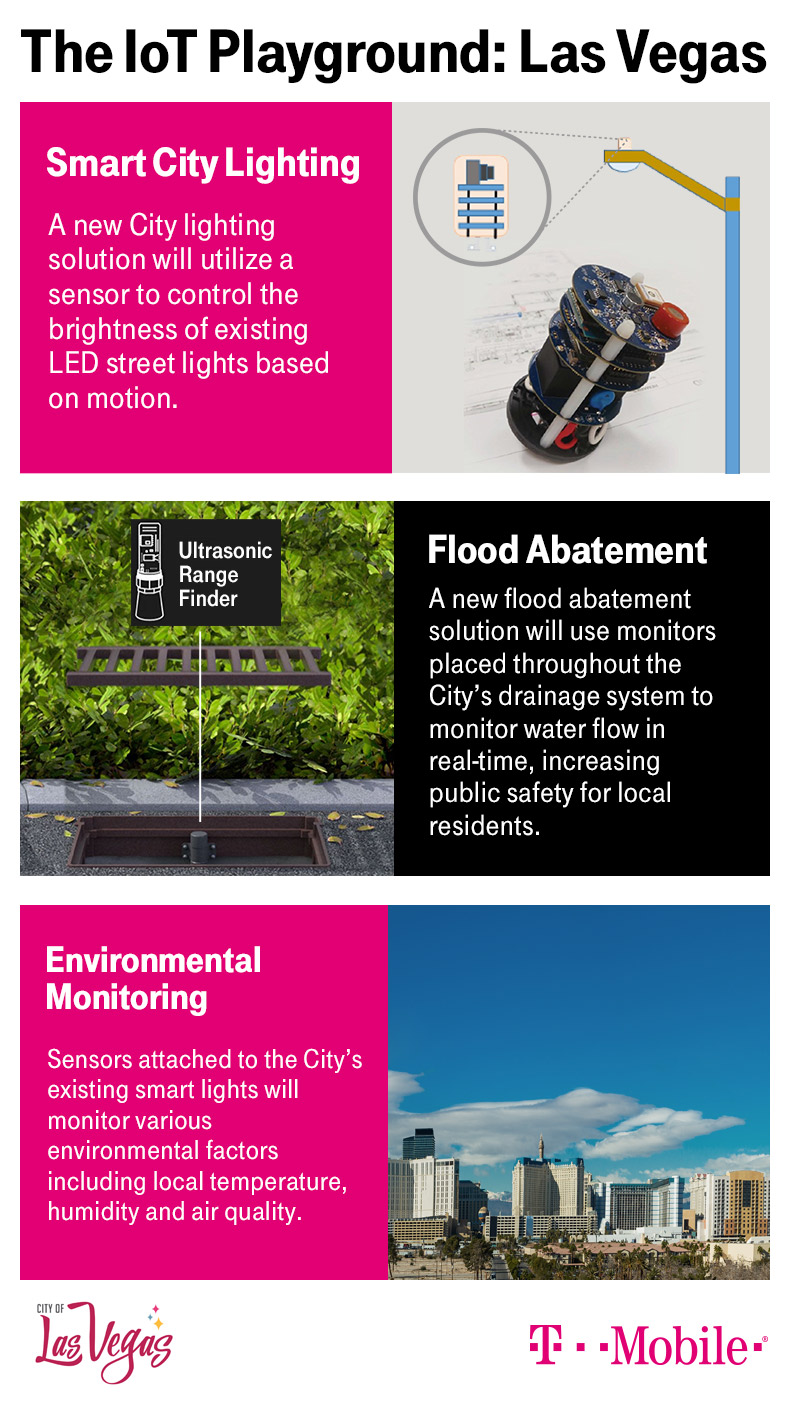