Technology company stocks were down in the wake of the United States presidential election on Tuesday, in which Republican Donald Trump outpolled Democrat Hillary Clinton in an outcome that came as a surprise to many.

Companies like Apple which rely heavily on suppliers and manufacturers in Asia could face significant changes in the event of altered, more insular trade agreements.

Statista examined stock prices from major tech companies in the aftermath of the election, comparing opening on Wednesday, Nov. 9 to closing on Tuesday, Nov. 8. 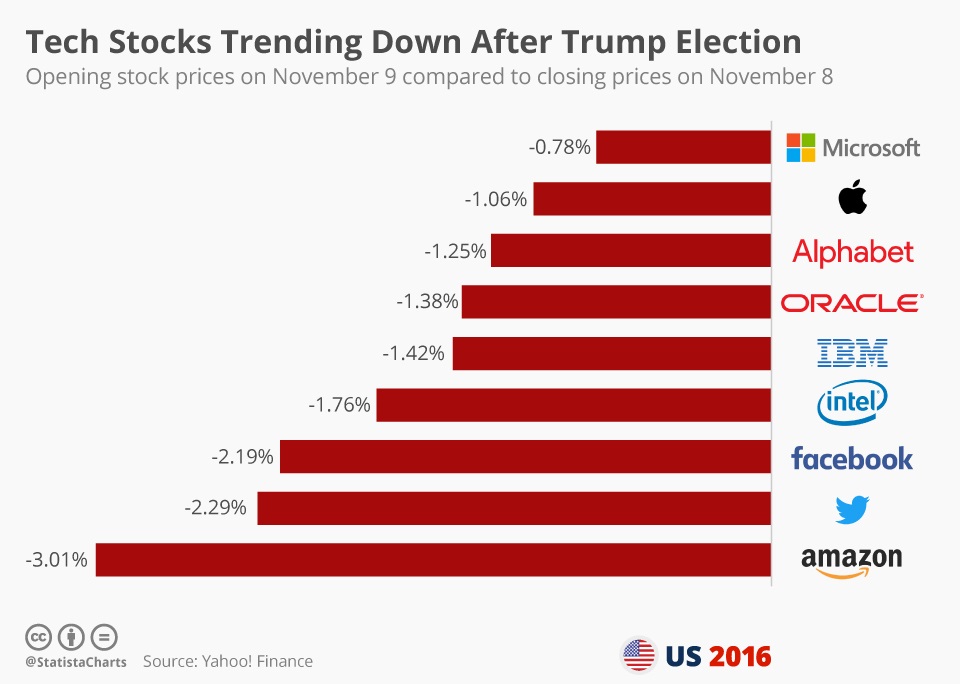