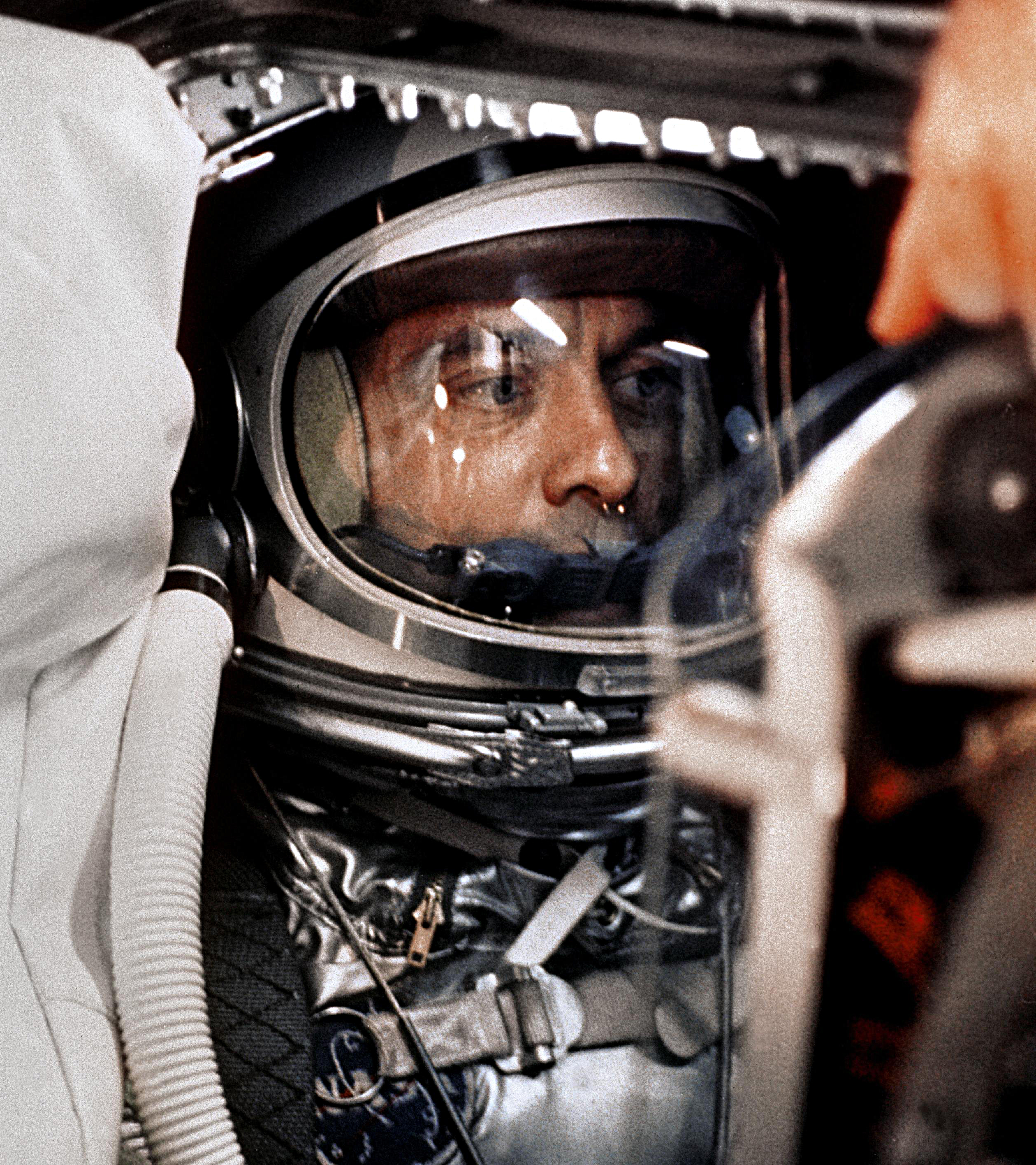 On May 5, 1961, astronaut Alan Shephard became the first American to be launched into space.

The goal of Shepard’s mission, Mercury-Redstone 3 (or Freedom 7), was to send an astronaut into orbit around the Earth. The resulting 15-minute suborbital flight, in which the spacecraft hit a speed of 5,180 mph and an altitude of 101.2 nautical miles, demonstrated Shepard’s ability to withstand the g-forces of both launch (6.3 g) and re-entry (11.6 g).

(Fun fact: due to weather and some minor technical difficulties, the launch was delayed three hours, with Shepard all the while sitting in the bolted capsule. The grounds crew refused to let him out to urinate, prompting Shepard to, ahem, let loose in his suit.)During the flight, Shepard conducted observations of Earth, finding that it was difficult to see cities but easy to distinguish coastlines, islands, and major lakes. 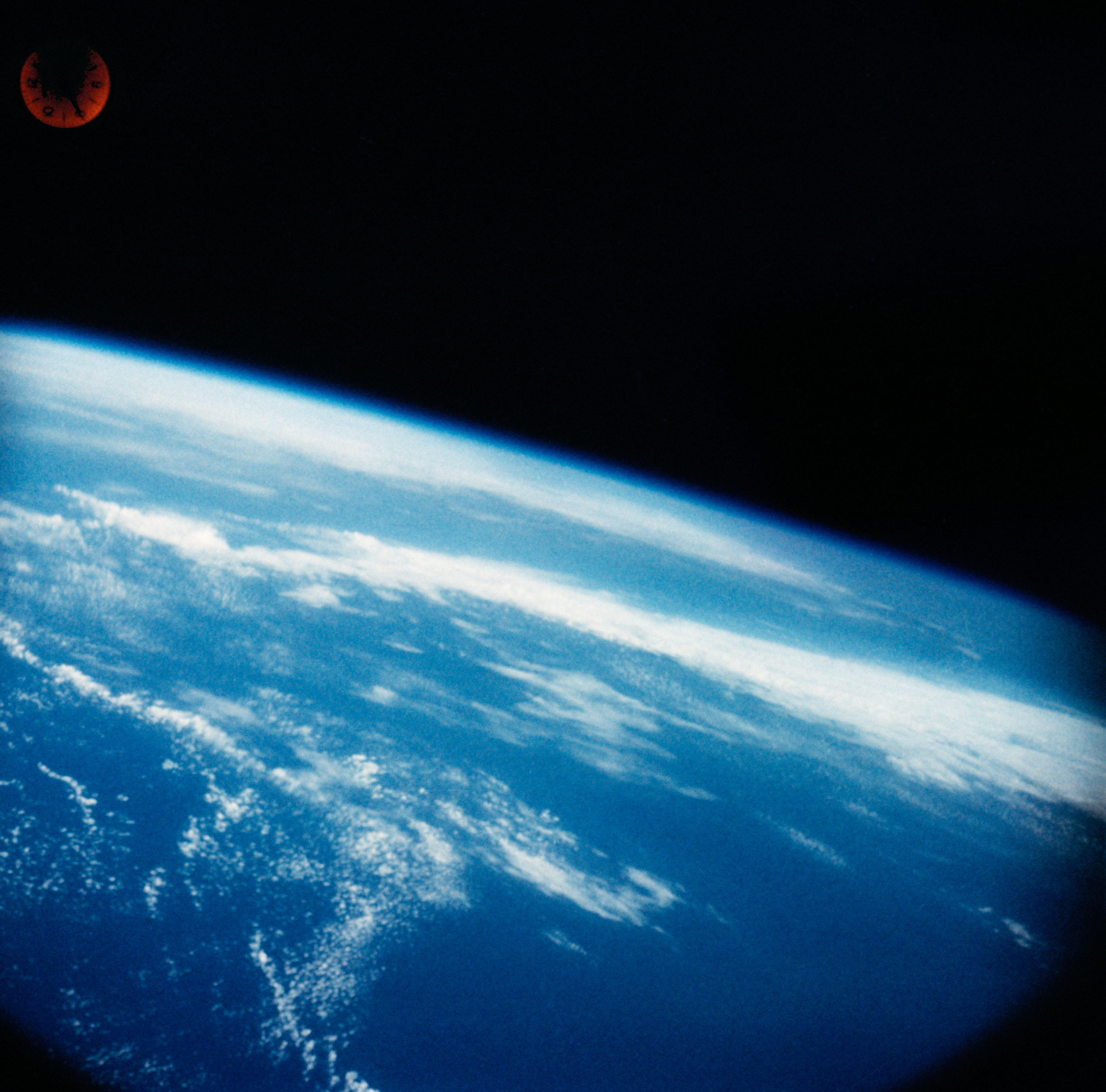 Shepard also tested the spacecraft’s attitude control system and retrorockets, before re-entering the atmosphere and splashing down in the Atlantic Ocean off the Bahamas.

The Freedom 7 is currently on display in the Armel-Leftwich Visitor Center at the U.S. Naval Academy in Annapolis, MD, where it was placed after Shepard’s death in 1998.

President Kennedy watching the flight on TV together with the First Lady, Vice President Johnson and others. (Public domain) 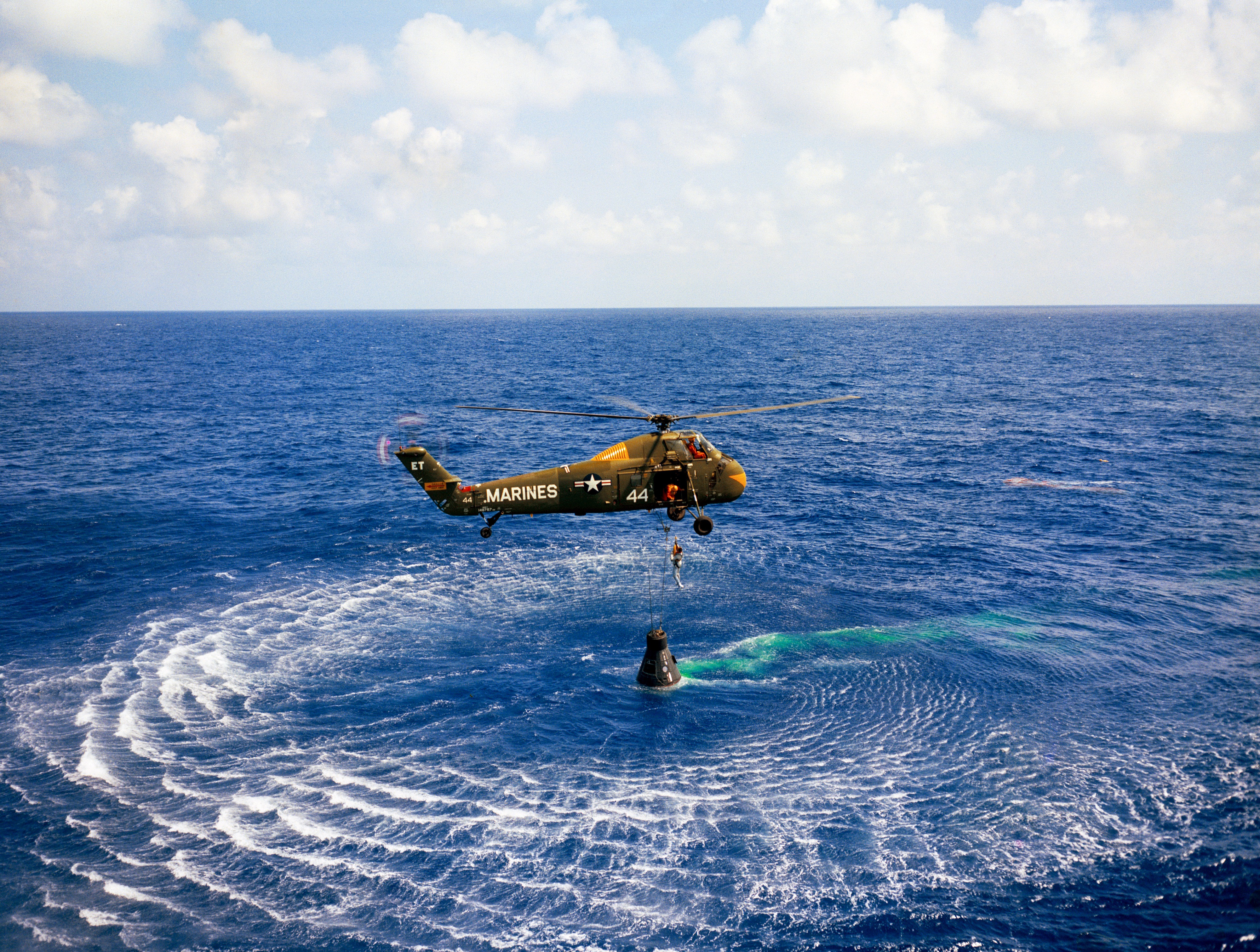