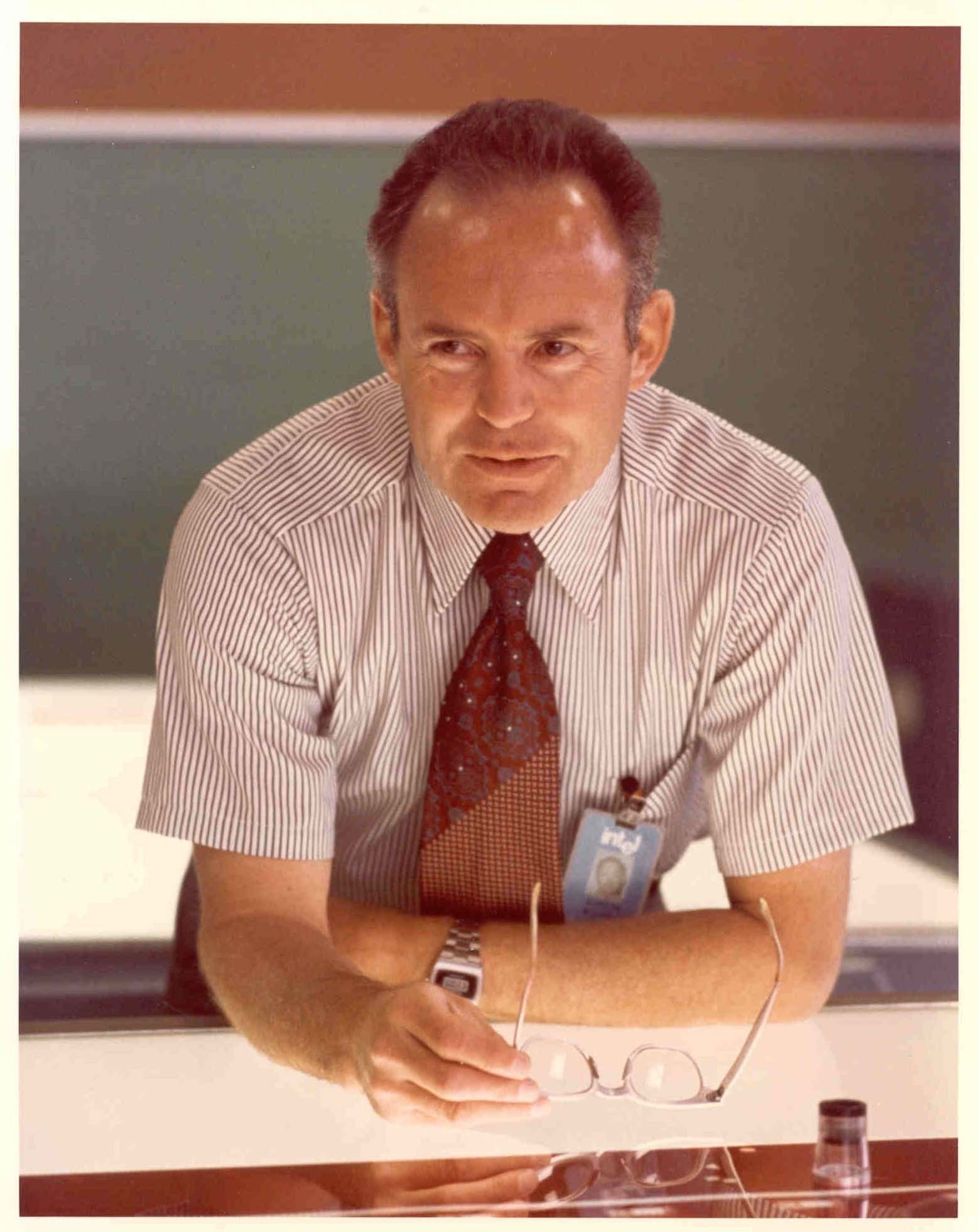 On April 19, 1965, Electronics magazine published an article by Gordon Moore, co-founder of Intel and Fairchild Semiconductor, describing a phenomenon that has come to define (and at the same time, influence) the trajectory of the digital revolution in the last several decades.

What Intel has called “the golden rule for the electronics industry,” Moore predicted that computing would increase in power and decrease in cost at an exponential pace. The prediction has since led to developments in many digital electronics, including memory capacity, sensors, and the number and size of pixels in digital cameras.

In its formal sense, Moore’s Law is the observation that the number of transistors per square inch on an integrated circuit will double every two years.Moore, who was Fairchild Semiconductor’s Director of R&D at the time of the article’s publication (titled “Cramming more components onto integrated circuits”), extrapolated the trend to 1975, calculating that the number of components per chip would reach 65,000—doubling every year. 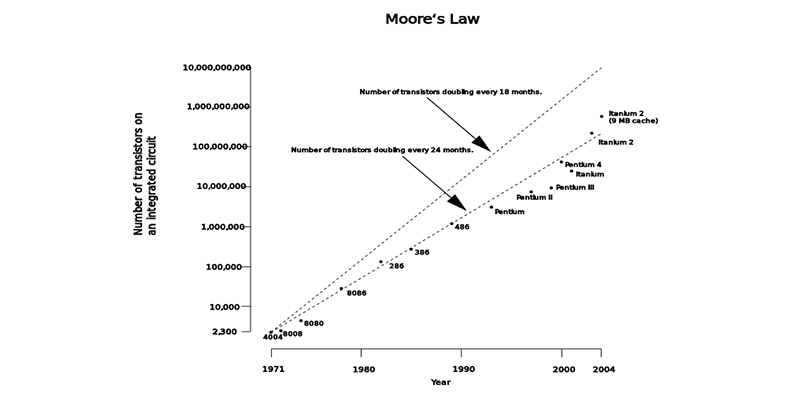 By 1975, following advances in semiconductor memory arrays, photolithography, wafer size, and process technology, Moore’s prediction was already realized—a kind of self-fulfilling prophecy and driving force behind the growth of the semiconductor industry. (In that same year, Moore slowed the rate of increase to doubling every two years, rather than one.)

Although the pace has slowed again in recent years, the trend is expected to hold until 2020. Currently, many devices can (and do) exceed one billion transistors.