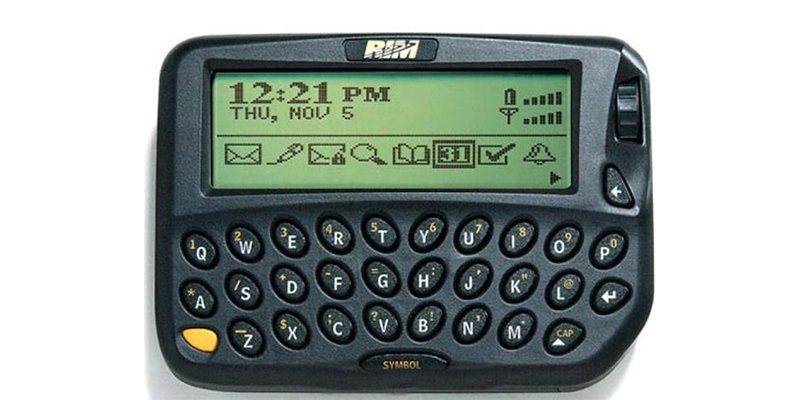 Ladies and gentlemen, the BlackBerry 850.

Sixteen years ago, on January 19th, 1999, BlackBerry Limited (formerly known as Canadian start-up, Research in Motion), released the BlackBerry 850, a small, wireless device that, although archaic by today’s standards, featured a monochrome screen and could support email and simple HTML browsing.

The phone essentially combined the company’s [email protected] Pager 950 (because, you know, pagers were a thing) with a PC dock, creating a new service for easy email synchronization with Microsoft Exchange accounts.

(Nowadays, of course, we take for granted the effortless “dings” and “swooshes” of our phones, signaling the never-ending cycle of receiving and sending emails…)

In addition to a scroll reel and QWERTY keyboard, the model incorporated a 32-bit Intel 386 processor, 2 MB Intel Flash memory, and an integrated wireless modem. It could also operate 24 hours a day, running on a single AA alkaline battery.

“The frequent and discontinuous nature of email usage is driving the need for a wearable, power-efficient device that can be constantly connected to the wireless network, while remaining unobtrusive to the user from both a physical and workflow perspective,” RIM Chairman and co-CEO Jim Balsillie had said.

Despite this being nearly two decades ago, that was quite the forward-thinking (and accurate) statement to make.

Although the BlackBerry 850 wasn’t the first device released by RIM, it was the first phone to bear the BlackBerry name—chosen because the buttons on the device resembled the drupelets of a (you guessed it) blackberry fruit.