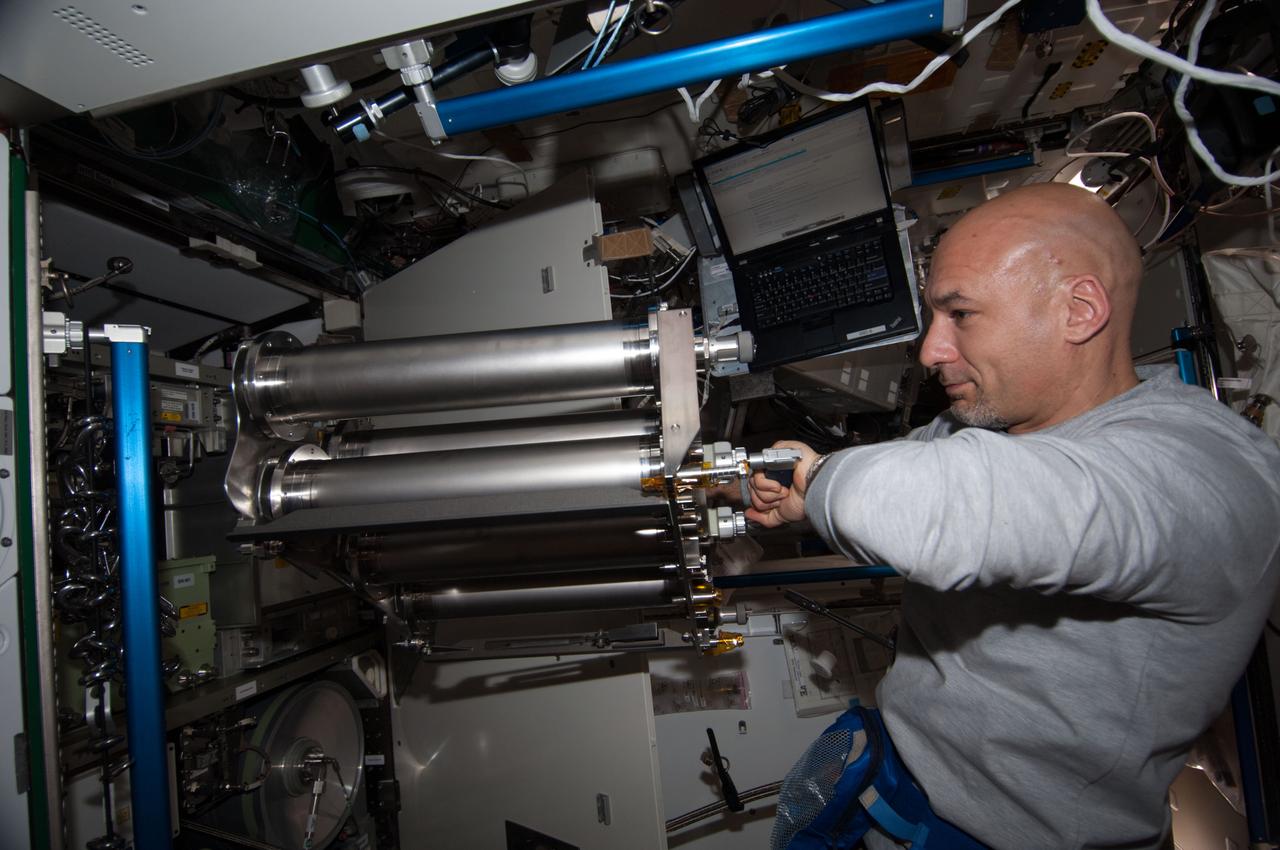 There is nothing as refreshing as a breath of fresh air or cool glass of water. On Earth, an open window or turn of the tap provides those essential pleasures, but for NASA’s deep space journeys, it will not be that easy.

Water and oxygen for human exploration in deep space will need be launched with the crew, recycled from the spacecraft’s atmosphere and astronauts’ waste, or made using the resources of the destination — such as water ice on Mars. Teams at NASA are using the world’s most advanced crewed spacecraft — the International Space Station — to test improvements to recycling technologies of the critical life support systems that provide oxygen and water to astronauts in space. The life support systems for NASA’s Deep Space Gateway and Deep Space Transport will be based on the improvements to the systems used on the space station.

ECLSS provides astronauts with clean air, water, and comfortable temperature and humidity in the spacecraft. The station’s current system recycles about 90 percent of the water and about 42 percent of the oxygen in the spacecraft while disposing of the crew’s solid waste and the briny liquid waste left over from recycling. Regular resupply missions to the orbiting outpost supplement the unrecovered water and oxygen and replacement components for those that fail on the system.

“We have to use different technologies if we want to close the air and water loops beyond the current system,” Gatens said. “Missions into deep space will not have the space station’s resupply capability; therefore, improvements to recycling processes and technologies are needed to fly long-duration missions.”

To reach the water recovery goal of 98 percent, researchers will test new technology to reclaim additional water from the urine brine using a process to evaporate the liquids, causing the solids to separate out, and then the water can then be reused. In addition to upgrades to improve the water recovery system reliability and reduce maintenance, the team is also investigating using reverse osmosis, a process that applies pressure to push liquid through a semipermeable membrane. This process would reduce the number of filters required to operate the water processor.

Engineers aim to reach the goal of 75 percent recycled oxygen for deep space missions using methods that involve the reaction of hydrogen and carbon dioxide to produce solid carbon and water, or acetylene and water. These candidate technologies go beyond the current system on the station that reacts carbon dioxide and hydrogen to produce methane and water, and would increase the current recovery to between 75 and 100 percent.  The resulting water is split into breathable oxygen for the crew by the oxygen generation system, and the hydrogen is recycled back to react with more carbon dioxide.

While water and oxygen recycling are critical, the robustness of the system itself is even more important. In the absence of cargo resupply missions flying replacements parts, teams must know what parts can be printed using 3-D printing technology during the mission and what spares have to be sent along from Earth. Many of the improvements in development will also extend the life of components and reduce failure rates.

Engineers plan to test the evolved system on the space station for at least two to three years to prove reliability before building the system for deep space. The greater efficiency and increased reliability from improvements to the life support system will strengthen systems in low-Earth orbit and enable continued presence in space – both near and far from humanity’s home planet.

To learn more about the work done on the ISS, visit http://www.nasa.gov/mission_pages/station/research/index.html. 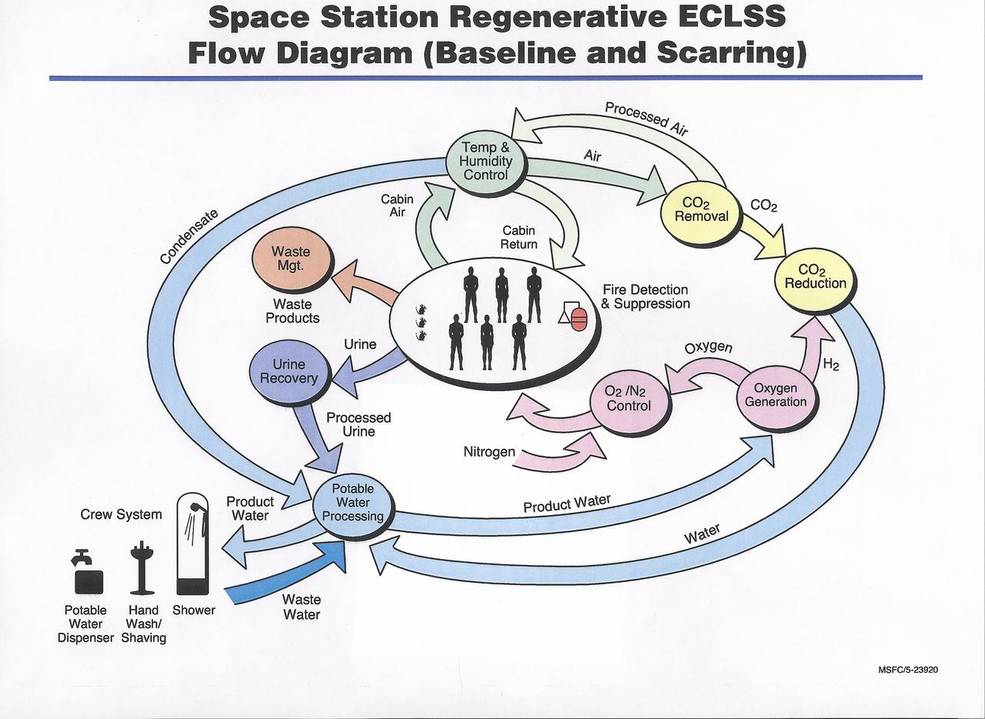 This diagram shows the flow of recyclable resources in the ISS. The regenerative ECLSS, whose main components are the water recovery system and the oxygen generation system, reclaims and recycles water and oxygen. Image credit: NASA