As ESA celebrates the 100th launch of Ariane 5, the Agency’s worldwide ground station network is also marking ten years of providing vital tracking services to launchers soaring out of Kourou.

ESA’s Earth-orbiting satellites and probes out in the Solar System are ultimately dependent on a small network of ground antennas, keeping them connected to their home planet. For ten years, this network has also been doing the same job for Europe’s high-flying launchers.

“ESA’s ventures into space have sent back vast quantities of scientifically vital data and beautiful images from our Solar System, yet without this little-known network, most of these incredible insights would never have reached Earth.” explains Gerhard Billig, responsible for managing launcher tracking support at ESA’s operations centre in Germany (ESOC).

Named Estrack, this global system of ground stations provides links between satellites in orbit and the teams on Earth that control them, and of course the scientists who analyse their data.

The core Estrack network comprises seven stations in seven countries on three continents, all are centrally controlled from the Agency’s operations centre in Darmstadt, Germany. 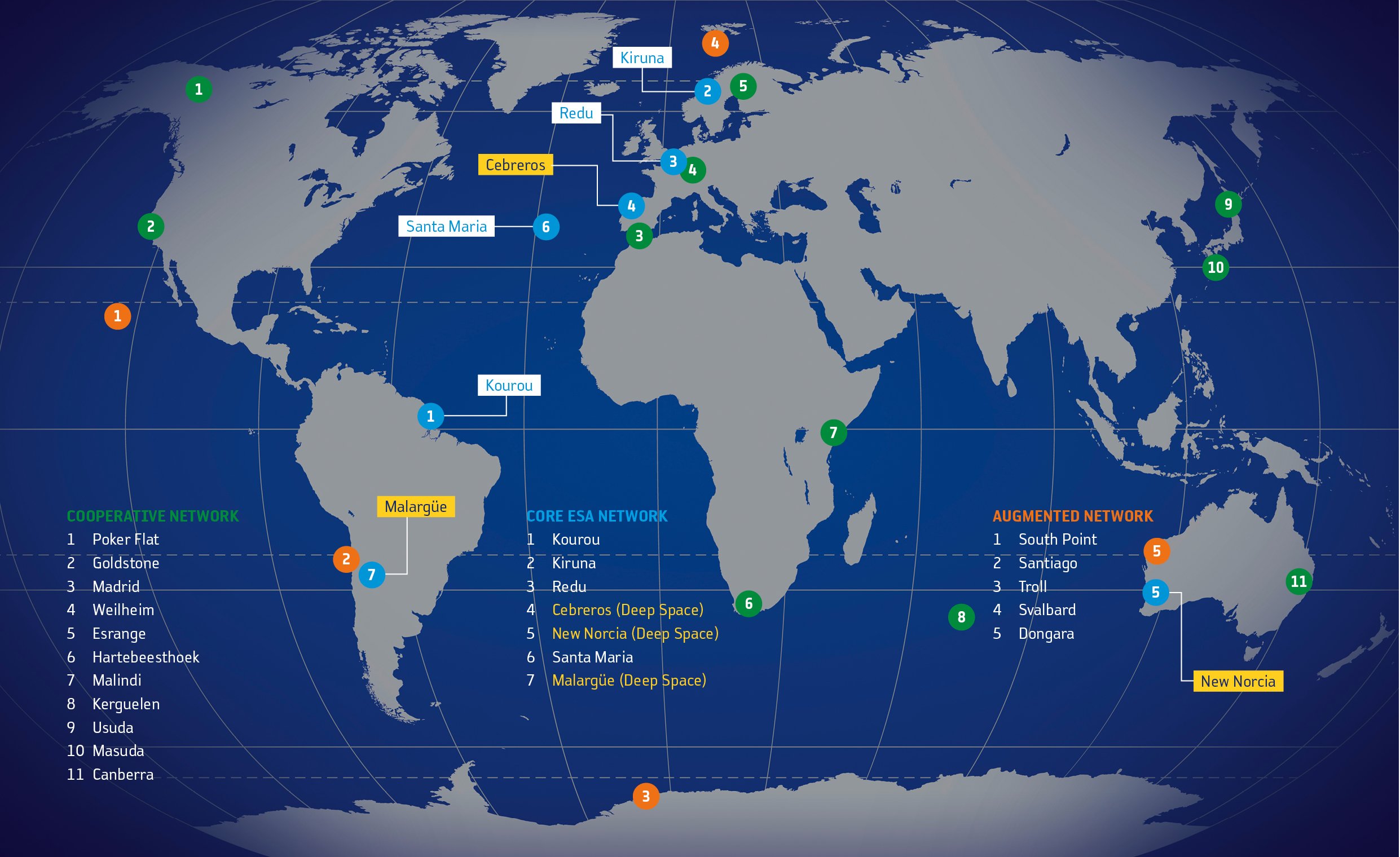 In addition to catching signals from satellites almost anywhere, 2018 marks ten years since Estrack stations began tracking the launch vehicles that deliver these satellites into orbit, starting in March 2008, with the Ariane 5 rocket that carried the ATV-1 cargo vessel, Jules Verne.

Initially established to communicate solely with satellites, Estrack was expanded to support their rockets in 2008 with the establishment of a ground station and 5.5 m-diameter antenna on Santa Maria Island in the Azores archipelago, Portugal. The first Estrack station with the capability to track launchers, Santa Maria provided ESA with the independent means of receiving information from launchers through all phases of their flights.

Santa Maria joined Estrack at the same time that the Automated Transfer Vehicle (ATV)-series of missions got underway; the five ATVs were a series of expendable spacecraft developed by ESA to carry supplies to the International Space Station, at about 400 km altitude.

The special Ariane launch trajectory for these missions required a dedicated station in the middle of the Atlantic Ocean. For the same reason, this station has continued to be used for all launches of Galileo satellites, helping orbit Europe’s new navigation system.

In contrast, the original Ariane launcher tracking station network—operated by the French space agency CNES from Europe’s Spaceport in Kourou—is tailored for a different launcher trajectory followed by most launches from Kourou. These deliver telecom satellites into geostationary orbit at 36 000 km. 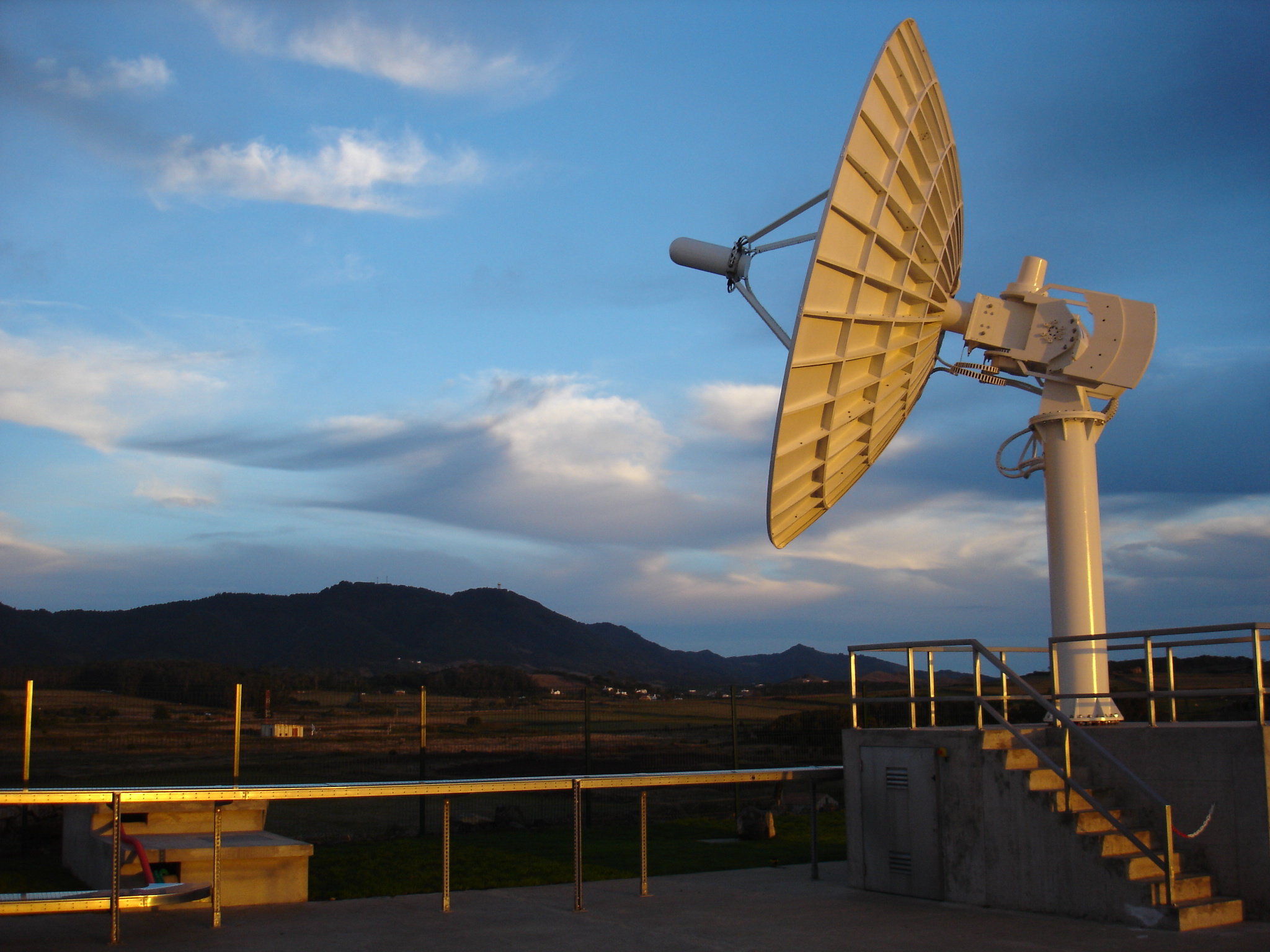 Estrack stations provide teams on site with vital information acquired from the launchers soaring overhead, which is then passed on to the CNES and Arianespace teams who control their flights.

“ATV-2 in 2011 was a particularly memorable launch,” says Gerhard, who was at Santa Maria station at the time.

“Just minutes after liftoff from Kourou, while the Ariane rocket was in radio contact with our station, we could see it whizzing high over our heads in the clear night-time sky.”

“We could actually make out the upper stage thruster burning! It was amazing to see the rocket speed across the horizon, like a comet through the sky. And what we saw visually, was being confirmed on our screens via the live telemetry link.”

To date, the Estrack stations in Portugal and Western Australia have supported 35 launches, many of which were monitored by more than one ground station; 16 launches have been supported from Santa Maria, and 34 from Western Australia (20 from Perth and 14 from New Norcia).

In 2010, the existing New Norcia antenna in Perth, Western Australia, was upgraded for launcher tracking.

It was used for tracking not only ATV and Galileo launches but also rockets delivering satellites to ‘Sun-synchronous orbits’ and onto interplanetary trajectories.

“For a decade now, tracking services for both the launcher and the satellite are provided, a unique and important capability during the first, critical moments of a satellite‘s mission,” says Gerhard.

Since the closure of Perth station in 2016, its launcher tracking capability has been transferred to ESA’s deep space station at New Norcia, also in Western Australia.

On 25 September 2018, another important milestone was reached for the Agency, as the 100th Ariane 5 rocket was launched into space. To mark this milestone 100th Ariane 5 flight, ESA is releasing 100 limited-edition t-shirts via the ESAshop.

From 26–30 September all ESAshop t-shirts are being sold at a 15% discount with the code “ARIANE5”.