You’d have to say there are a lot of used oscilloscopes floating around. A quick search on eBay recently turned up 16,355 listings for used scopes. A Craigslist search for scopes near me in Cleveland, Ohio found 16 instruments on offer, interesting in that Cleveland is not exactly a capital of high-tech.

One wonders if the equipment in this sea of used instrumentation is worth buying. It is perhaps surprising that major scope makers, who have an incentive for selling new stuff, are willing to weigh in on this question.

Mark Briscoe, a product planner at Tektronix, admits that used scopes are a double-edged sword for instrument makers. But he says most people don’t trade in a scope because it wears out. “Everybody can build a 1-GHz scope. So manufacturers don’t necessarily differentiate themselves on banner specs such as record length. Instead, they come out with new productivity features such as the automated decoding of serial buses, or they build several benchtop instruments into the scope to make the measurement process easier. That kind of measurement automation is the reason for most replacements these days. It’s why you can resell a ten-year-old scope and get quite a bit of value,” he says.

Briscoe also says that looking for a used scope is not unlike looking for used cars. “The primary stuff that fails is customer-interface components like probes, knobs, and buttons. The flat-panel LCDs have half-lives of about 20,000 hours or so, after which they lose half their brightness. But most people don’t get to the point where they notice the dimming,” he says.

Long-time scope users might be surprised to learn about how one user-interface item is handled these days: Front-panel knobs on digital scopes long ago abandoned the use of resistive potentiometers in favor of encoders. However, encoders can degrade – typically, their outputs grow noisy. But these problems are often fixable via adjustments in firmware, Briscoe says.

Adjustments often take the form of new values read into NAND flash chips. But herein lies a potential problem: “There’s only so many times you can write to NAND flash,” points out Briscoe. “Sometimes those chips fail. They can be difficult to replace if they are surface-mounted. Similarly, some Windows-based instruments use DIMMs, and those can come unseated. We recommend power-cycling the instrument a few times to make sure it turns on every time. A glitch here can indicate a memory component that isn’t fully functional,” he says.

Memory chips on scopes come into play during calibration. In the days of analog scopes, instrument calibration involved turning pots and making other physical adjustments. Today, it consists of changing coefficients in asic registers. Consequently, there isn’t much inside a scope that can wear out because of numerous calibration cycles. And anyway, most instruments don’t need adjustments when they go to calibration, Briscoe says. 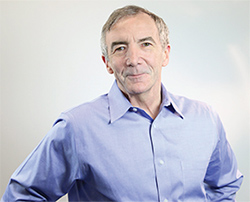 But if a digital scope really does have problems, it’s tough to repair. “Unless the issue is something like a bad electrolytic cap in the power supply, you probably wouldn’t try to repair a digital scope, says Dan Bogdanoff, product planner at Keysight Technolgies.

Nevertheless, relatively few digital scopes seem to wind up in the scrap heap, judging by what’s available on sites like eBay. “If it’s working, a scope is almost a timeless instrument,” says Bogdanoff. “People often say if you can see an accurate signal on the display, then it’s a fine instrument. It might be obsolete for an engineer at a company like Intel, but it’s still useful for somebody like a ham radio operator.”