GE Renewable Energy and Future Wind have signed an agreement to install the first Haliade-X 12-MW wind turbine prototype in Maasvlakte-Rotterdam during the summer of 2019. The offshore wind turbine will feature a 220-meter rotor, a 107-meter blade designed by LM Wind Power, and digital capabilities. The agreement includes five years of testing and a 15-year full service Operation and Maintenance agreement.

Initially, the prototype will be installed onshore at the Port of Rotterdam to guarantee access for testing, which will allow GE to collect data needed to obtain a Type Certificate. This certificate is an integral step in being able to commercialize the product in 2021, according to Windpower. 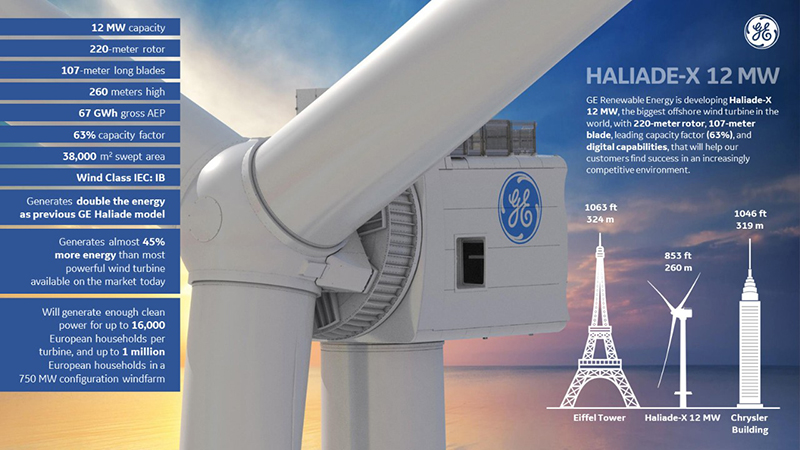 GE also stated that the “offshore wind turbine design of the Haliade-X is what makes it unique,” according to GE’s site.  By having bigger and better rotors, blades, and higher capacity, the Haliade-X is less sensitive to wind speed variations and can generate more power at low wind speeds. Additionally, the 12 MW turbine can generate 67 GWh annually.

GE claims that one Haliade-X12 MW will generate enough clean power to supply 16,000 European households according to wind conditions on a normal German North Sea site.

The prototype will be assembled in Saint-Nazaire, while the three 107 meter-long blades will be manufactured in Cherbourg and the towers will be produced in Seville. Once all of the components are completed, they will be shipped to Rotterdam to start assembly and installation. 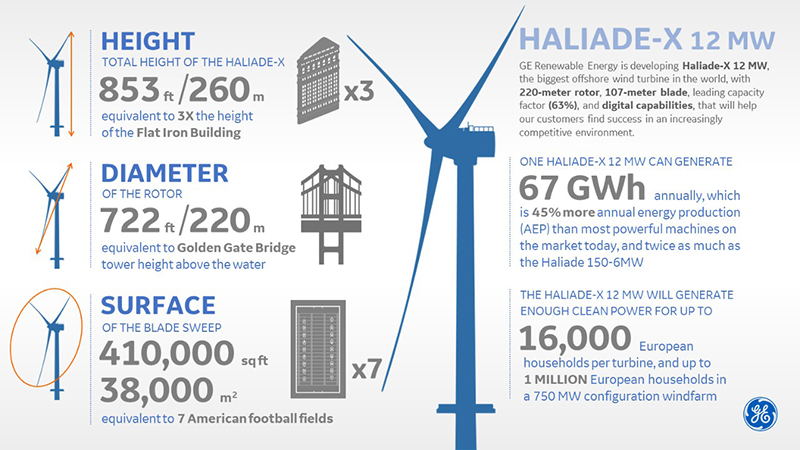 “As we rapidly progress on assembling the Haliade-X prototype, this announcement is a critical step forward for GE and our customers,” said John Lavelle, VP & CEO of Offshore Wind at GE Renewable Energy, according to Windpower. “The port of Rotterdam has been a real partner and provides all the necessary conditions to test the Haliade-X in the most drastic weather conditions”.