Procuring modern modern combat aircraft is expensive with the unit cost of a single F-35A coming to $98 million, according to Lockheed Martin. However, keeping fighter jets airborne is also expensive. An F-22A costs $33,500 to operate every hour, while the F-35 costs $28,500 per hour according to U.S. Defense Department data. With the former striking ISIS targets in the Middle East, should cheaper platforms be doing the job at a fraction of the cost? Read more on Forbes. 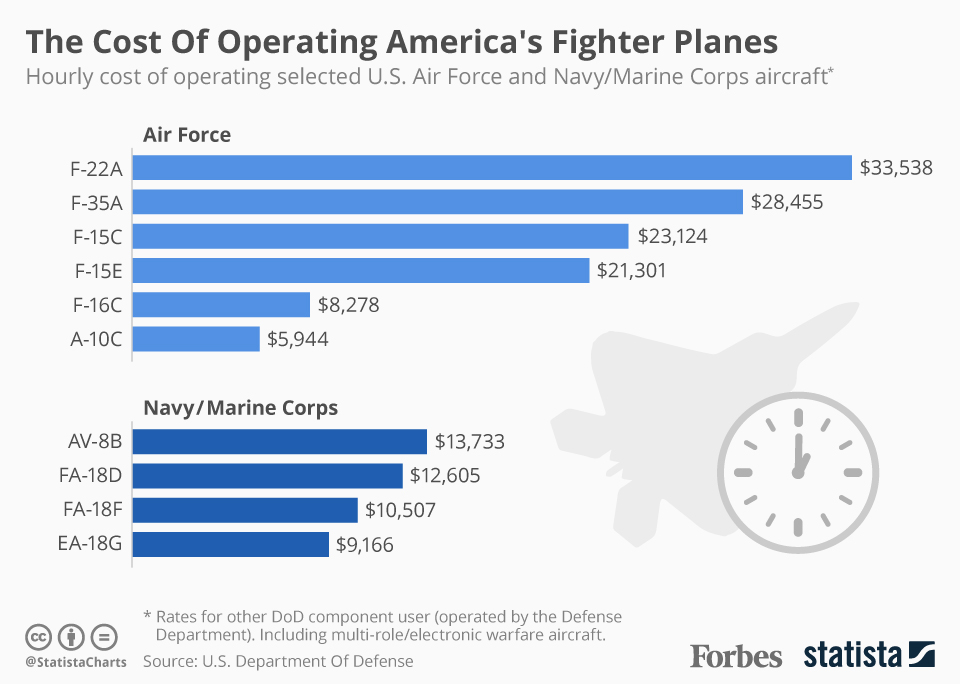