The Mavic 2 Enterprise Dual furthers the collaboration between FLIR and DJI, representing the next iteration of the ‘Thermal by FLIR’ partner program created to fuel thermal innovation while enabling partners to leverage the leadership, quality and innovation from FLIR. Earlier this year, FLIR and DJI collaborated on the DJI Zenmuse XT2 side-by-side visible and thermal camera payload attachment.

Like the Zenmuse XT2, the purpose-build Lepton for Mavic 2 Enterprise Dual pairs the FLIR thermal camera with a visible camera along with FLIR’s patented MSX® technology, or multispectral dynamic imaging, that embosses high-fidelity, visible-light details onto the thermal imagery to enhance image quality and perspective.

“By integrating our Lepton thermal sensor within the DJI Mavic 2 Enterprise Dual, we are helping bring thermal imaging capabilities to more first responders, industrial operators, and law enforcement personnel who increasingly rely on drone technology to save lives and livelihoods,” said Jim Cannon, President and CEO of FLIR. “Thanks to the Lepton thermal sensor’s small size, weight and cost, it has proven to be a transformational technology that brings the superpower of thermal to more of the world than ever before.”

“The addition of thermal imaging capabilities provided through the Thermal by FLIR Program enables DJI to create dynamic airframes that can fly in a variety of conditions, including at night and in fog and smoke,” said Roger Luo, President at DJI. “With the Mavic 2 Enterprise Dual, we can offer more commercial drone pilots the additional value of side-by-side thermal and visible imagery in a highly portable drone, enabling more commercial drone operations from utility inspections to emergency response.”

DJI is one of multiple collaborators involved within the Thermal by FLIR program, created to support original equipment manufacturers (OEMs) and product innovators interested in using FLIR thermal imaging sensors to deliver the benefits of the world’s sixth sense. The program ensures that OEMs and entrepreneurs can carry the Thermal by FLIR brand and receive additional product development and marketing support from FLIR to build and market their respective products. Thermal by FLIR partners include Cat Phones, Casio, and Panasonic. 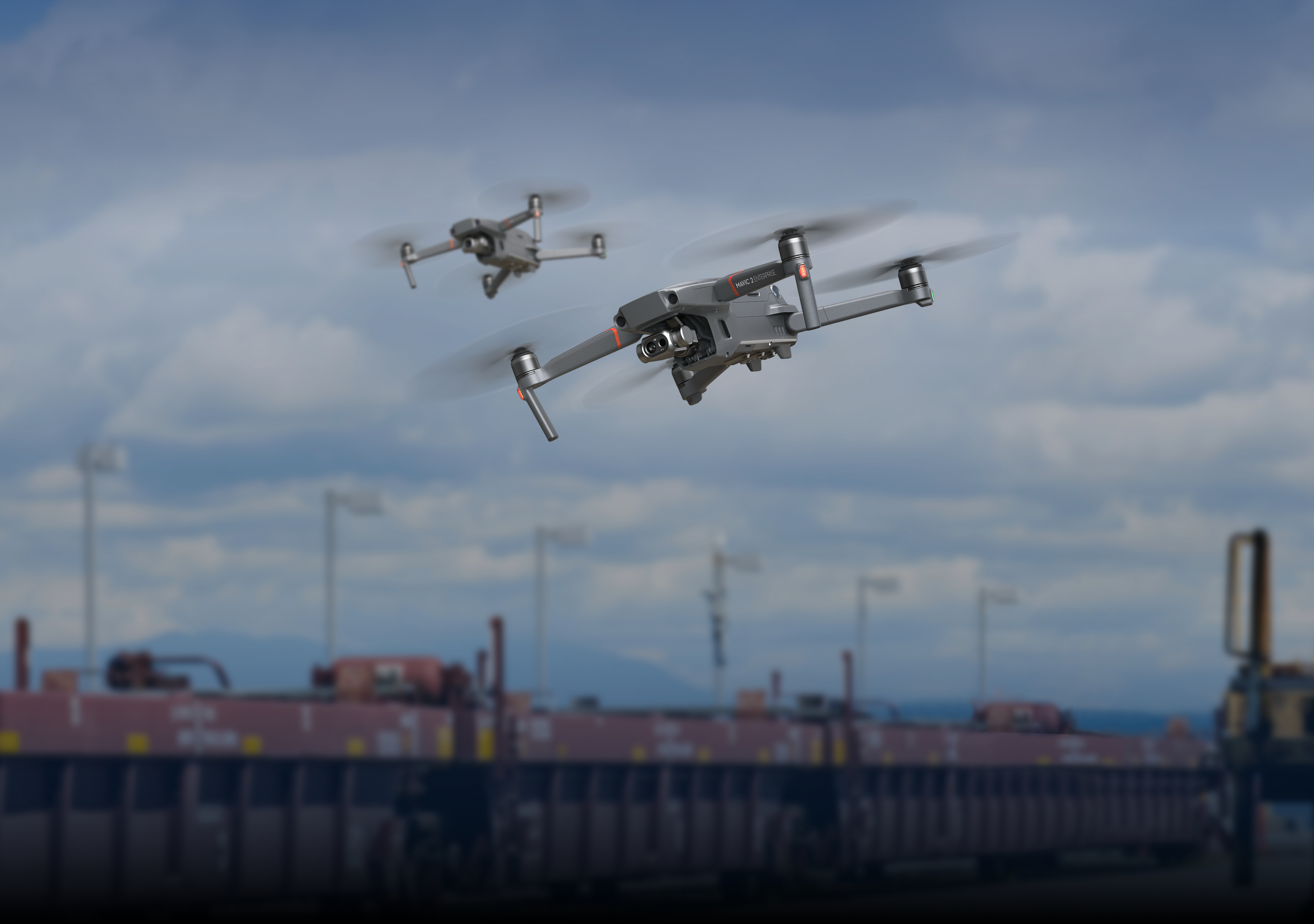