According to a new survey by KRC Research, business leaders and employees generally agree on the advantages of automation, but employees put more emphasis on the risks than leaders do. That is understandable due to potential job losses – only 40 percent of business leaders see a risk compared to 48 percent of employees.

Overall, nearly all business leaders (99 percent) embrace the advantages that automation at work involves in comparison to only 81 percent of employees surveyed. As KRC Research remarks, “only a very small percentage of workers believe their role could be completely automated.” And while “Artificial Intelligence(AI) is still in its infancy with regard to work, more than half of business leaders expect to implement work automation in the coming years.” 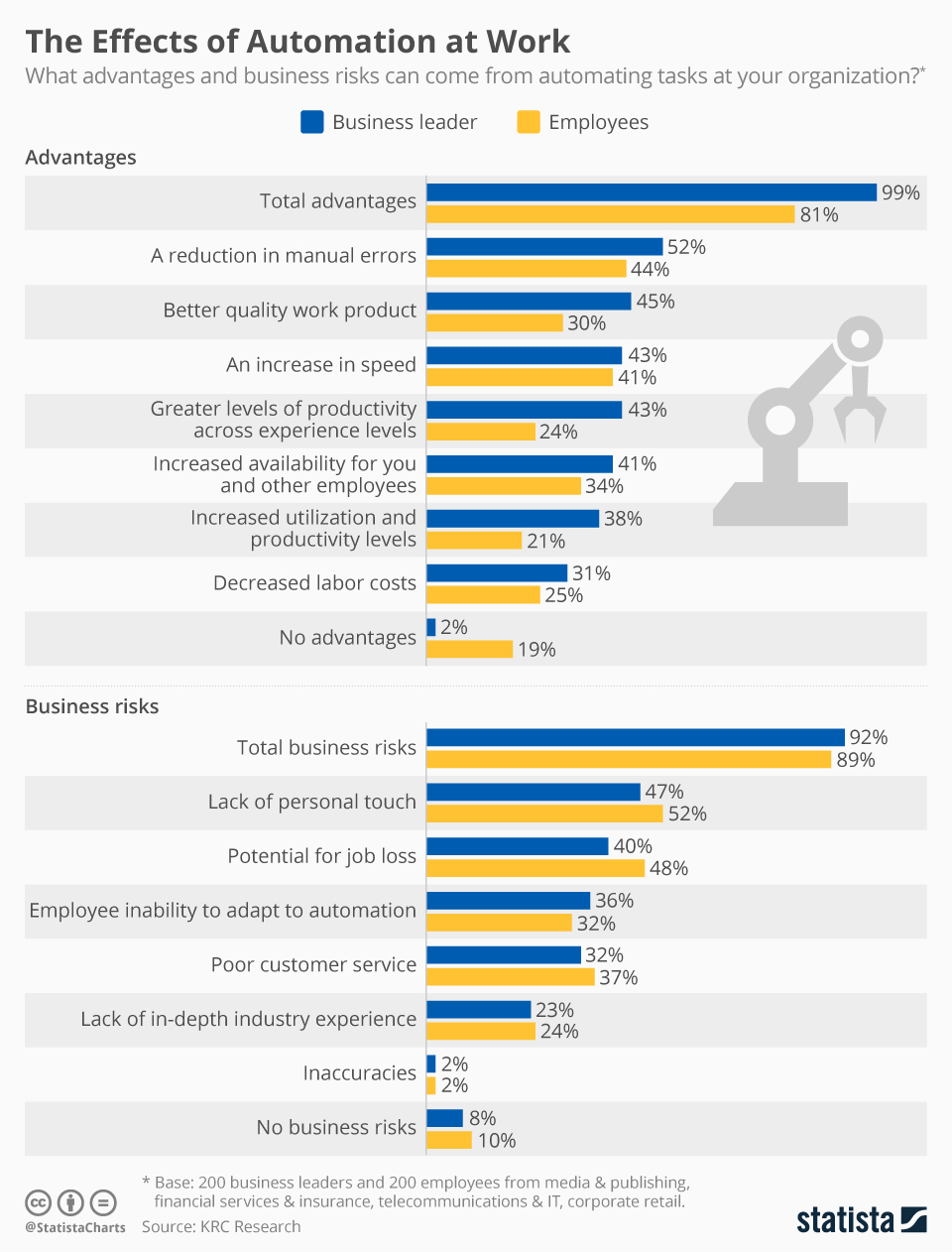