Despite the wide use of “soft” on/off switching, the traditional electromechanical switch is still often required or preferred and is available in countless versions. This article will examine some physical implementations of these hardwired EM switches and their unique functions and features.
Their Role

Switches are an integral, essential part of most electronic products. They have two broad roles: As power switches which, as their name indicates, cut the flow of power from the source, thus turning the unit or a load on and off; and as signal switches, which allow the user to indicate to the system what action is desired, such activating a function or connecting it into a system.

Increasingly, the design tendency is to prefer soft switching over hardwired physical switches. In this approach, a small, temporary contact closure is sensed by the system processor and software, or an image or button on a touch screen is sensed to indicate the desired action to the system.

Soft switching is not really providing “off” in the formal sense having zero current flow and no physical (ohmic) path from source to load. For soft power switching, the current flow is reduced to a quiescent value as the system goes into a deep sleep. At the same time, the device uses some power as it must retain enough “awareness” to sense when that soft on/off button is pressed again, to wake up the device, and turn it fully on. For non-power soft-signal switches, the system processor and software must recognize the switch closure or finger on the panel in the right place and respond appropriately.

Why use soft switches? There are many reasons:
• They can reduce user-panel space.
• They enable a more compact and “slick” overall product package.
• They can save on bill of material (BOM) and component cost — the cost of a physical soft switch is near zero since it is often just one of many such switches in an array. The cost of adding a button symbol on a touch screen is zero.
• They offer design flexibility, as the system software can respond differently at different points in the product’s function. (This can be both a blessing and a curse, depending on the design and implementation.)

Despite these features, there are applications where users prefer, demand, or mandate tangible, hardwired, electromechanical (EM) on/off switches. This may be due to comfort factors, convenience, circuit complexity for controlled high current/voltage level, or safety assurance. Hardwired EM switches offer these attributes:
• They are unambiguous in performance: when they are in the “off” state, the current flow path is complete; when they are “on,” current flows through a resistance of a milliohm or less.
• An EM switch is the only way to completely shut off the flow of current resulting in zero battery drain or to ensure user safety.
• They are reliable, as actual switch failure is very rare; in contrast, soft switching can fail temporarily due to a software flaw (have you ever had to unplug a system physically or remove its battery to force a reboot, since the purported “on/off” button was not being sensed by the system due to a bug or crash?).
• They offer visible indicators, even at a distance: with nearly all hardwired EM switches, you can glance at them and see if they are on or off.
• For some products and some users, there is something satisfying, on a “visceral” level, about an EM switch.

Symbols
Switches are represented by their schematic diagram symbols, which correspond to the number and arrangement of their contacts.

Schematic symbols tell part of the story
In an electromechanical hardwired on/off switch, the current flow is interrupted by the mechanical movement of conducting elements. The schematic symbols for such switches are simple, widely used, and well-known (note that there are several styles in common use), beginning with the basic single-pole, single-throw (SPST) switch, with one conducting path (called the pole) and a single on/off position (the throw), Figure 1.

There are many variations on this basic symbol covering specialized versions of switches used in diverse applications. There are at least 100 schematic symbols for different types of “simple” SPST variations, such as a symbol for the old-fashioned on/off telegraph key or one used as a limit switch.

These switches are latching devices that stay at one position until moved to the alternate on/off position by the user. There are also electrically identical switches which are momentary contact devices where the action does not latch but returns to its resting position when the pressure (usually but not always from a finger) is removed. These two broad classes have many similarities but also some differences.

These non-momentary switches are sometimes referred to generically as“toggle” switches since their action latches. However, this introduces some ambiguity because “toggle” also refers to a specific type of latching switch.

Parameters
As with all components, there are some top-tier parameters and many secondary ones; some of those secondary ones may be important in a specific application.
As expected, the two obvious switch specifications are about voltage and current. The critical value for voltage is the maximum voltage value the switch can “hold off” when it is open, before it arcs, flashes over, or otherwise fails. Even a small, inexpensive basic switch can usually handle tens of volts. For current, it is the maximum amount of current that the switch can handle when the contacts are closed and current flows.

EM switches used for signaling are generally need only modest voltage and current. In contrast, switches for power must have ratings commensurate with the application plus a safety factor.

Another performance metric for some situations is the switch bandwidth. This is not a concern for on/off switches handling AC line or DC power. However, many switches must handle audio signals with little or no attenuation or frequency rolloff, while some handle RF. Some switches have genuinely innovative and unique designs and can handle frequencies into the GHz range (admittedly, these are relatively costly, but the fact that they can even be done is impressive). Many of these higher-frequency switches are shielded, so they do radiate RF.

Contacts and materials
Another factor that affects switch performance is the materials used for the switch contacts. Switch ratings and performance are also determined, to some extent, by the switch use of AC or DC, which have different effects on contact ratings and wear, micro-arcing, tarnish, and other less-obvious characteristics.

Some switches are designed to provide a self-wiping action at the contact surface, to dislodge and breakthrough any tarnish that may have formed, especially a problem if the switch is not used for a long time). Some switches use a special plating of the contacts to minimize contact wear or prevent tarnish buildup. Some of these special finishes are standard catalog items, while others are available only by special order (higher cost and longer lead time).

Filed Under: Switches
Tagged With: jaffaengineering 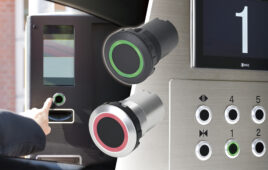 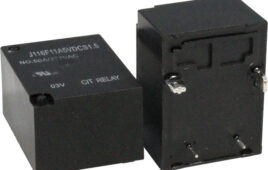 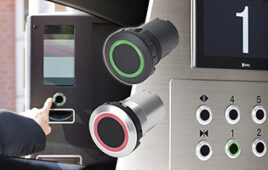 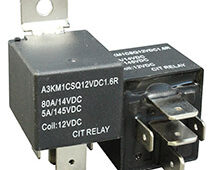