You know that change has to be a big thing, if only by the measure of how many clichés there are about it. The reality is that change happens in all aspects of our lives, and there’s no doubt that it will affect engineering and manufacturing in the years to come.

At last month’s National Fluid Power Association annual conference, Scott Klososky gave a talk on how technology is changing the world. If you stop to think about some of the changes we’ve seen over the past few years in society and consumer businesses, it’s pretty incredible. One out of six marriages comes through online dating sites. Many people you know have probably bought from Amazon, but I’ll bet not one of them has actually ever spoken to someone at Amazon. Apple is the #1 music retailer and they have no music stores. Uber is the world’s largest taxi company, and it doesn’t own a single taxi. Facebook could be considered the world’s largest content company, and they generate none of it themselves. Airbnb is the largest hotelier today and it owns no real estate. Klososky thinks that banking and insurance will be the next two industries to see some major upheaval in how they do business.

Can industry be far behind? Automation is constantly changing things in our world, and some are guessing that within the next two decades, 35% of the jobs done by humans will be taken over by either software or robots.

Klososky said that companies need to decide how they should balance humans and technology. A customer-centered business needs to employ more people than one that is selling more of a commodity item. And leaders in each company need to start thinking strategically now, before their competitors use tech to pass them up. 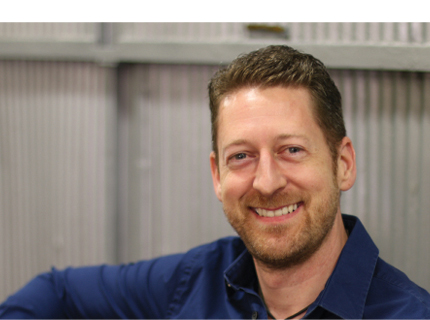 First, ask how you think the world will be different in five years. How will customers be different? Technology? Regulations? Anything else that affects your business? Next, brainstorm with your colleagues what the top three trends will be at a 30,000-ft level, as well as the top three in your industry level, and the top three on a local level. Once you’re looking at this collected information, it becomes easier to decide how you’re going to have to invest in people, product and processes to address these impacts on your business.

If you act now, the coming change doesn’t need to be scary—it can be a positive for both your company and career.