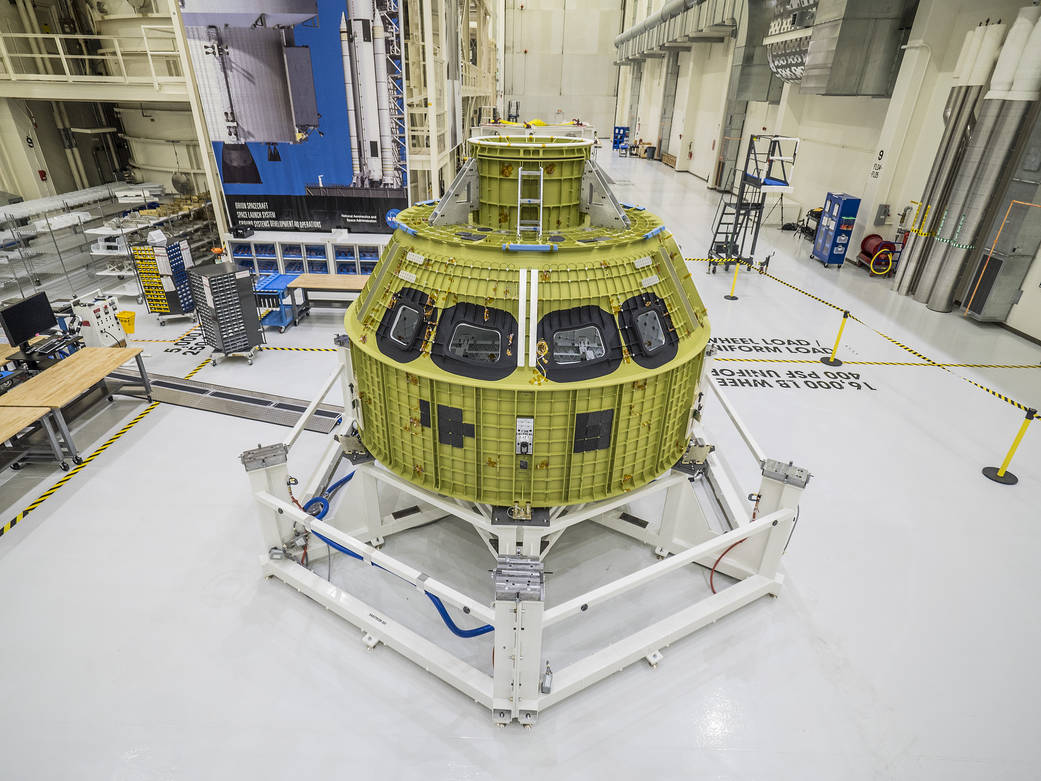 The Orion crew module pressure vessel for NASA’s Exploration Mission-1 (EM-1) is secured in an upgraded version of a test stand called the birdcage in the high bay inside the Neil Armstrong Operations and Checkout (O&C) Building at the agency’s Kennedy Space Center in Florida. The pressure vessel, which is the crew module’s underlying structure, arrived Feb. 1 aboard NASA’s Super Guppy aircraft at the Shuttle Landing Facility operated by Space Florida at Kennedy.

The module was transported from the agency’s Michoud Assembly Facility in New Orleans, where its seven large pieces were welded together over the course of several months. At Kennedy, it was offloaded from the aircraft and transported to the O&C. In the high bay, Orion will be prepared for its mission. It will be outfitted with the systems and subsystems necessary for flight, including its heat-shielding thermal protection system.

The Orion spacecraft will launch aboard NASA’s Space Launch System rocket on a test flight that will take it thousands of miles beyond the moon over the course of about a three-week mission.