Engineers looking for information about how heat treating affects the tensile strength of hardened steels may stumble onto a journal called Multidscipline Modeling in Materials and Structures. It published a paper in 2010 by researcher Ali Nazari that analyzes failures of high-strength boron steel (adding a little boron hardens the steel) and chromium‐molybdenum (chrome moly) steel, widely used for its corrosion resistance and strength at high temperatures.

One little problem: That 2010 paper has been retracted because some of the images it contained seemed to be either manipulated or falsified. Lead author Nazari has now had 85 papers retracted. As reported by Retraction Watch, which maintains a database of retracted papers, those retractions came after a whistleblower flagged problems in Nazari’s work.

Worse, Nazari’s retracted hardened steel paper can be found online sometimes with no mention of its retraction. For example, it’s abstract is still available 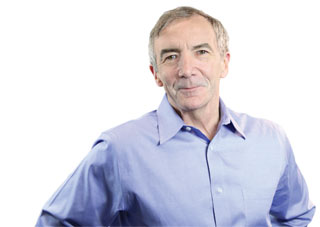 Retracted papers aren’t usually a worry for mechanical and electrical engineers. Journalists at Science.org report that only about four of every 10,000 papers are now retracted. A significant number of those retractions are in social and biomedical sciences. One well-publicized reason for many of those retractions is a misinterpretation of statistics. More specifically, there are many examples of academic studies that misuse statistical significance to prove scientific validity. The underlying reason isn’t dishonesty, just researchers who aren’t very good at statistics.

Erroneous results in social and biomedical papers generally also have only a limited impact on society. Usually the worst that can happen is a certain amount of wheel spinning on the part of other researchers trying in vain to verify the claims.

That’s not the case, however, with retracted papers in engineering fields. Here erroneous published data can potentially have consequences that can be catastrophic. Consider Nazari’s 85 retracted papers as a case in point. In addition to steel hardness, they cover compressive strength and abrasion resistance in concrete, blast-furnace slag used as a concrete binder, computer prediction of concrete strength, impact resistance of aluminum-epoxy laminated composites, compressive strength of geopolymers, and similar areas. We can only hope that nothing ever gets built that depends on the data any of these papers contain.

Perhaps the only good news about Nazari’s 85 retractions is that, according to the Retraction Watch database, many of them seem to have been withdrawn because they were basically a duplication of an earlier work but with a new title. Re-titling earlier work is a dicey practice but not the same as manipulating images. Still, one must also wonder if Nazari’s coauthors will suffer guilt-by-association because they worked with him.

With that guilt-by-association in mind, consider a paper published in December by scientists at a biotech firm that described a miniaturized, robotic clinical laboratory. It lists 45 authors, the last of whom is Elizabeth Holmes. Holmes was recently found guilty of defrauding investors in Theranos, the failed blood-testing start-up she founded. No one has raised questions about the recent paper’s findings, but you have to suspect the other 44 authors are not particularly happy to share authorship with someone convicted of fraud. DW