Hosted by Alix Paultre, the Tinker’s Toolbox is the Advantage Design Group’s web-based interview show where we talk about the latest technology, components, and design issues for the  electronic  design engineering community.

In today’s podcast we talk to astrophysicist, technology evangelist, and futurist Dr. Neil deGrasse Tyson. In his day job Dr. Tyson is the Frederick P. Rose Director of the Hayden Planetarium at the Rose Center for Earth and Space in New York City and a Research Associate in the Department of Astrophysics at the American Museum of Natural History. Host of the educational science television show NOVA scienceNOW on PBS, Dr. Tyson has been announced as the host of a new sequel to Carl Sagan’s Cosmos: A Personal Voyage TV series. 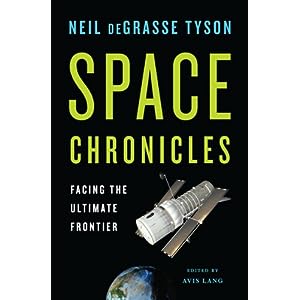 During our conversaton we talk about intelligent systems, robots in space, and how private spaceflight may not be the solution it appears to be, among other things. We also talk about his new book, Space Chronicles: Facing the Ultimate Frontier. According to the publisher, “This book represents the best of Tyson’s commentary, including a candid new introductory essay on NASA and partisan politics, giving us an eye-opening manifesto on the importance of space exploration for America’s economy, security, and morale.”

You can listen to or download the podcast here: Dr. Neil Tyson Interview