Data reported by The Guardian reveals that the there has been a dramatic decline in internet access growth around the world. As a result of the slowdown, billions of people in poor and isolated parts of the world are set to remain disconnected from the digital revolution for a long time to come. That means that as well as missing economic opportunities, the disconnected will also be cut off from news events, public debates, education and many other items people with internet access take for granted.

The following infographic uses the UN data analyzed by the Web Foundation data and published in the Guardian to show the world’s most and least connected nations. The data is from 2016 and it reveals that in Iceland, 98.2 percent of the population have internet access, with the small countries of Luxembourg and Liechtenstein following closely. At the opposite end of the scale, only 1.2 percent of Eritrea’s population is connected to the web. 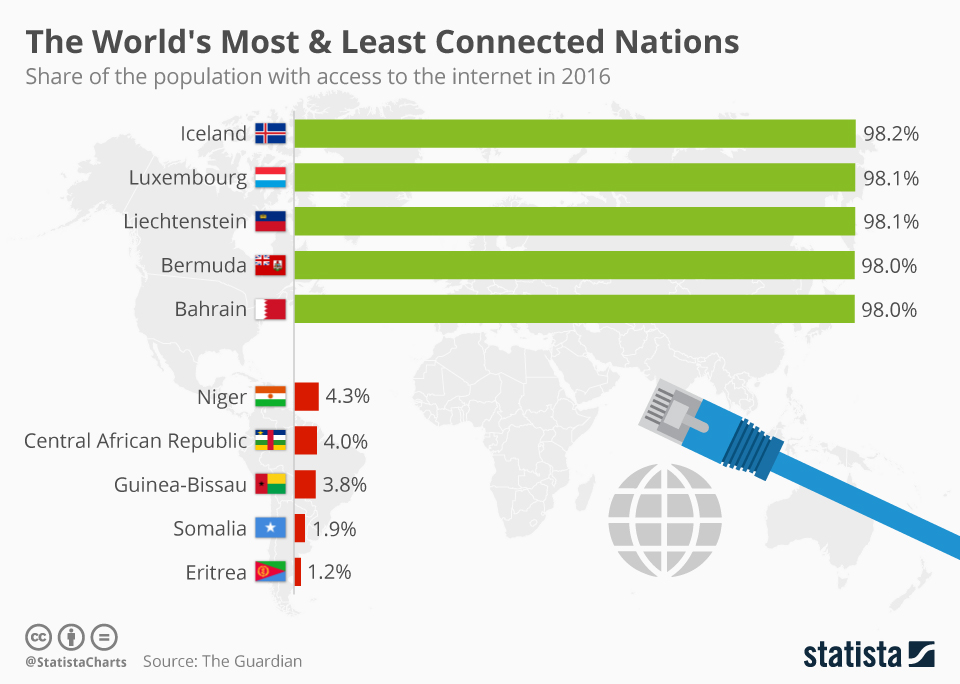