It’s difficult to make a case for airlines as the underdog–particularly if you traveled anywhere near an airport over the past two weeks–given that they keep making the seats smaller, the checked luggage more expensive, and the food, well, nonexistent. (Looking at you, United.)

However, NASA’s Environmentally Responsible Aviation (ERA) project, which concluded a six-year run in 2015, has announced some changes that primarily address some concerns about the environmental impact of the airline industry, and also save those poor conglomerates some cash.

The technologies could reduce cut fuel use in half and reduce pollution from commercial planes by 75 percent. They’ll also hopefully reduce noise to 1/8th of the current levels, which is nice for those of us who live near large, international airports. The ERA project could potentially save airlines $255 billion in operational savings between 2025 and 2050, according to NASA.

So what is this magical money and fuel-saving technology? First, it’s actually eight different technologies, which were tested by NASA, some in partnership with major aerospace companies.

The first experiment involved Boeing’s exoDemonstrator 757. The researchers installed 30 sweeping jet actuators on the vertical tail and learned that doing so meant they could reduce the size of the tail to reduce drag and weight. They also tested surface coatings designed to minimize drag caused by bug residue on the wings.

Experiment number two was focused on utilizing composite materials to reduce weight by 20 percent as compared to all-metal counterparts. The team pieced together pieces of the material, called Pultruded Rod Stitched Efficient Unitized Structure (PRSEUS), which requires no rivets or bolts–eliminating a potential safety concern–and is capable of stopping any holes or tears that occur from getting worse during flight. Plus, it can be used to build aircraft that are a different shape than traditional planes, which offers options on fuel savings and speed.

Working with the Air Force Research Laboratory and FlexSys Inc, the third experiment focused on a morphing wing technology that improves upon the idea of the wing flap, but eliminates the air gaps, which reduces noise and drag.

NASA and GE teamed up to improve the aerodynamic efficiency of the compressor stage of the turbine engine to save 2.5 percent in fuel burn, for experiment number four.

Experiments five and six were with Pratt and Whitney. The first improved upon fan design to reduce noise and improve propulsion, reducing fuel burn by 15 percent. The second experiment could reduce generated pollution by 75  to 80 percent by reducing the amount of nitrogen oxides produced in the jet engine combustor.

Number seven offered up a design tool to help reduce noise during landing via a computer based simulation put together with baseline flight tests and wind-tunnel campaign data.

Finally, the whole design of a plane was considered in hybrid wing body concept experiments. This idea joins the wings and fuselage in one line and puts the jet engines on the top, rear of the plane.

All of this technology would have to be integrated into new planes–though some of the smaller items can be retrofitted–but it could mean a quieter, cleaner future for commercial airlines. 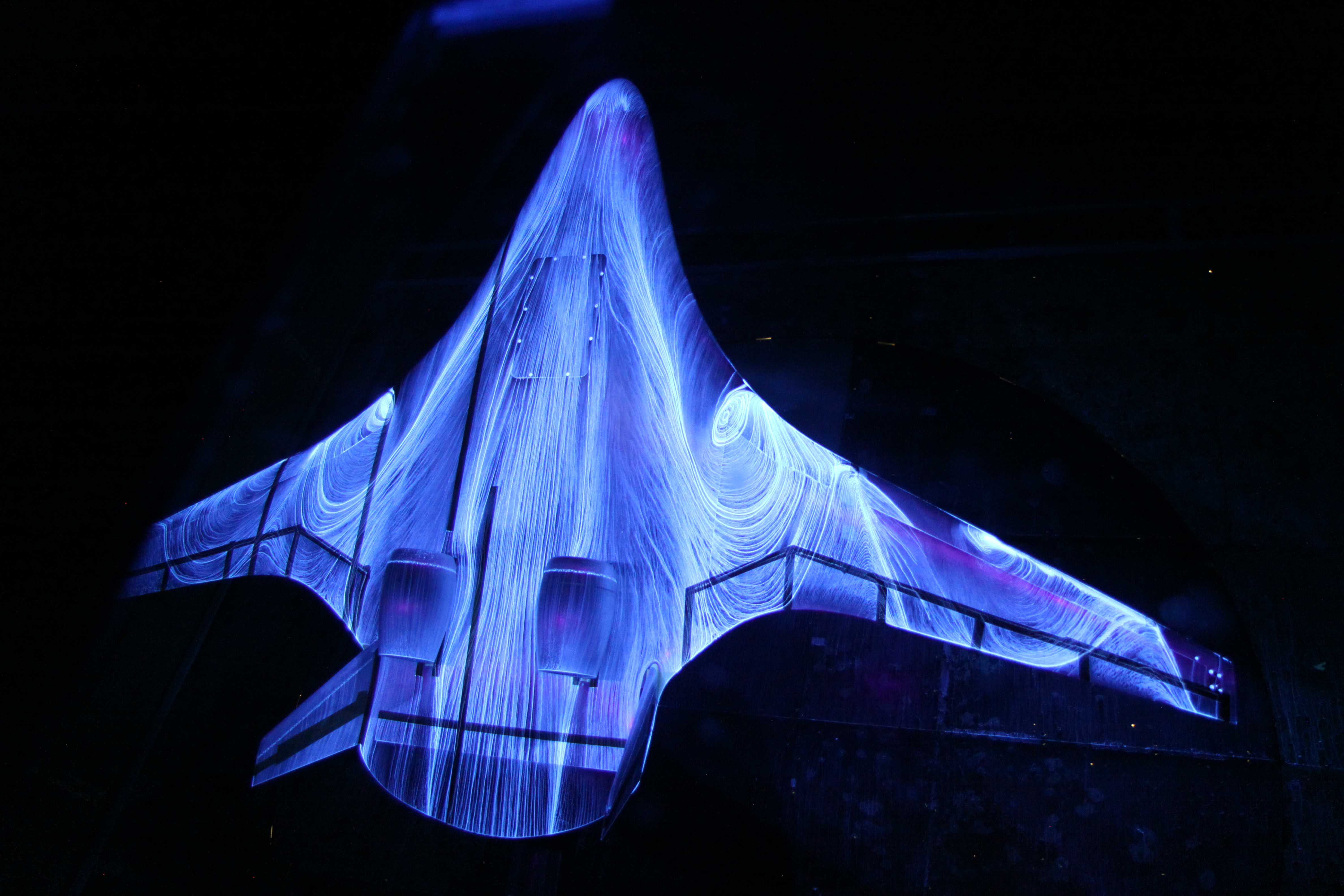