Venus isn’t the easiest place to live. Surface temperatures can soar up to 864 degrees Fahrenheit and atmospheric pressure is about 90 times greater than Earth. Russia’s Venera 12 earns the title as the longest Venus-surviving spacecraft, lasting a little over 110 minutes in 1978. All of these stats cement Venus’s status as a difficult planet to study in depth.

High temperatures and a chemically reactive atmosphere are the most challenging design aspects to overcome in order to create Venus-worthy technology. Most computer chips are made out of silicon, but when temperatures start to escalate, it loses its semiconductor properties. Semiconductors are known for allowing electricity to pass less regularly than ordinary conductors, making it a great medium to control electrical currents. By switching to silicon carbide, the semiconductor behavior remains intact, allowing the hardware to survive the extreme conditions.

“This work not only enables the potential for new science in extended Venus surface and other planetary exploration, but it also has potentially significant impact for a range of Earth relevant applications, such as in aircraft engines to enable new capabilities, improve operations, and reduce emissions,” says principal investigator Gary Hunter.

Reiterating Hunter’s sentiments, this could potential spark a new interest in studying the planet up close, since the last lander mission was conducted back in 1982. Below you can find the results of NASA’s current tests, which shows two images of the integrated circuit before and after entering the GEER chamber. 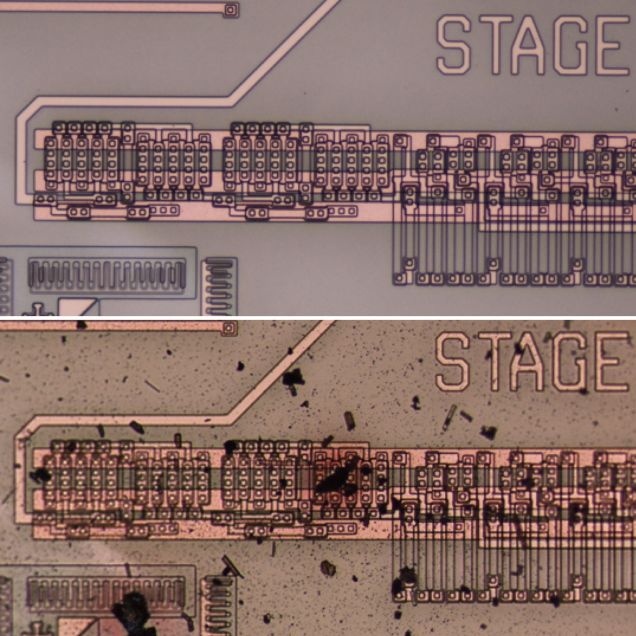