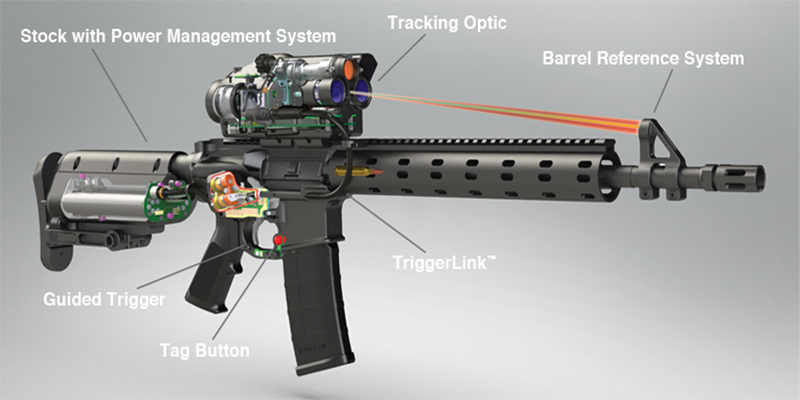 Of course, Kyle’s skill as a marksman extended beyond simply his weapon; snipers must exhibit mastery in techniques such as stalking, target range estimation, camouflage, field craft, and infiltration—all under the tremendous, often dangerous pressures of combat.

But in terms of accuracy and precision, is it possible that a rifle can make the difference, transforming an amateur into a pro?

On December 8th, Texas-based company, TrackingPoint, hosted a charity event to find out.

Using smart rifle technology, Chris Kyle’s wife, Taya Kyle, defeated the NRA World Shooting Champion, Bruce Piatt, in a shoot-out after only four and a half hours of training. Using the company’s precision-guided firearms, Taya, a novice shooter, hit 100 percent of her shots, while her opponent, using the same weapons our servicemen and women utilize in combat (the army’s M4A1, M110, and M2010 rifles), made 58.6 percent of his shots.

The competition incorporated real-life battle stressors, such as explosions and simulated fire, and required its competitors to take shots on static and moving targets (ranging from 150 to 1,000 yards) while standing, kneeling or hiding.

In particular, Taya used TrackingPoint’s auto-locking, squad-level M600, M800, and XS1 precision-guide firearms. The weapons integrate target acquisition technology that tracks, ranges, and measures targets for velocity—all by the time the soldier is ready to pull the trigger.

They also utilize fire control technology (“computers” that guide the release of ordnance), eliminating human error caused by misaiming, mistiming or jitter. These fire control and target-tracking technologies are the same systems currently used in drones, fighter jets, and other advanced weapon systems.

During one portion of the event, Taya hit 100 percent of her shots taken from a fully concealed position using special smartglass technology that projects the rifle’s scope onto a pair of digital, wearable glasses. This enables shooters to see the scope without actually having their head or body behind the gun, allowing them to make shots around corners or over walls—all without being exposed to enemy fire. The glasses connect wirelessly to the rifle (and smartphone) and integrate a built-in camera and high-definition video display.

Given the success of the charity event, TrackingPoint believes that military servicemen of any level would score 100 percent when utilizing its smart technology. The company also estimates that it would save the military $3.2 billion dollars annually in training and ammunition costs. But most importantly, the technology could save countless lives; if its precision-guided firearms had been available during the Iraq War, the company says, over 1,000 casualties could have been prevented.

“Our first responders and military members face situations most of us cannot imagine,” Taya said in a press release. “They need every advantage for precision and efficiency to protect and serve while minimizing collateral damage and risk to themselves.” 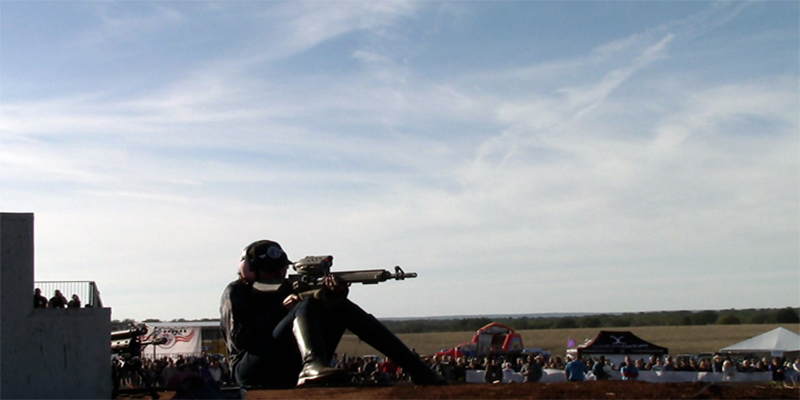 Taya Kyle at the American Sniper Shootout, which raised over $500,000 for the Chris Kyle Frog Foundation.