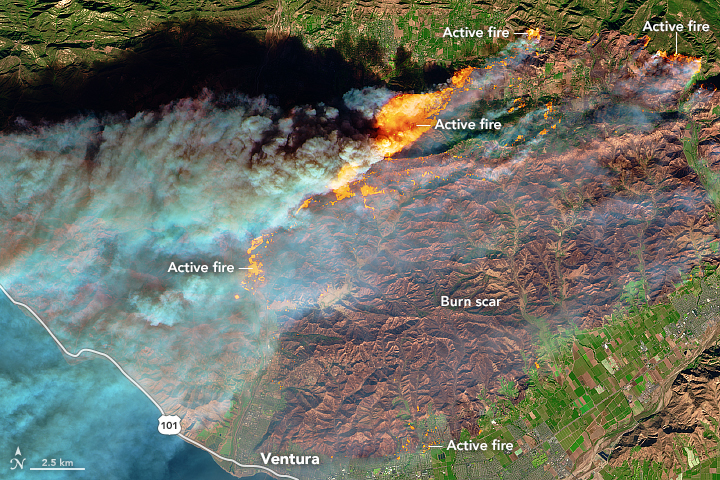 Images of the ongoing wildfires in regions of Southern California were captured by the European Space Agency’s (ESA) Multi Spectral Imager (MSI) on their Sentinel-2 satellite. Data attained from the Sentinel-2 produced a false-color image breaking down the devastation. In the image above, active fires appear orange, burn scars appear brown, unburned vegetation is green, while developed areas appear in gray.

The image is based on observations of visible, shortwave, infrared, and near infrared light. This region in Southern California happens to also be experiencing its strongest and longest wind event of the year, with powerful gusts capable of reaching 80 mph. These conditions along with Southern California previously experiencing nine of its driest consecutive months in the region’s history, have strongly contributed to the strength and speed of these wildfires. 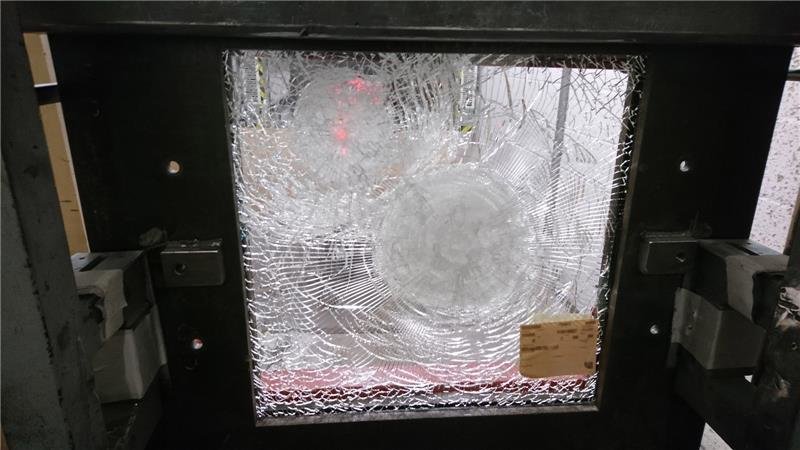 Researchers at the Fraunhofer Institute for Technological Trent Analysis and Institute for Photonic Microsystems collaboratively developed a smart anti-burglary protection system. Conventional security glass contains metal threads that tear in the event of suffering mechanical damage, which activates the alarm, but won’t react at all (or too late) if devices like a drill or torch are used.

The aim of Fraunhofer Institute researchers was to address this particular issue. Their new system quickly and dynamically records occurrences like thermal and mechanical stresses from external causes. Even a light knock or manipulation using a flame is enough to trigger this new model’s alarm. The external force applied to pane changes the window’s mechanical characteristics, which the system detects through a monitoring method based on a glass break sensor built inside an optical fiber through Bragg grating. 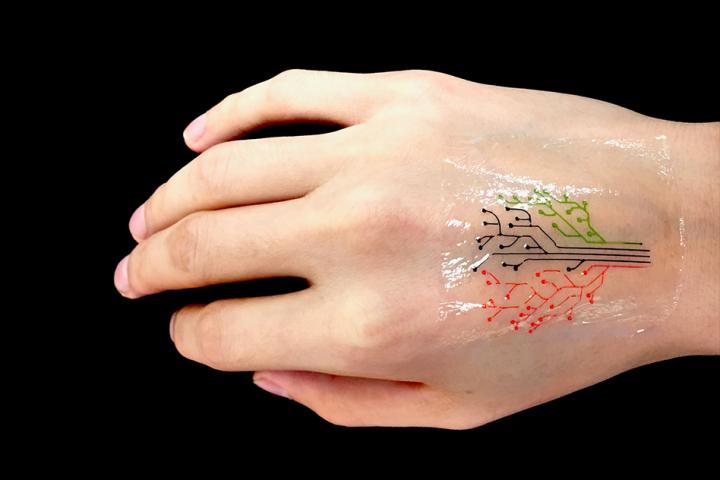 Engineers at MIT developed a 3-D printing technique that utilized a new type of ink made from genetically programmed living cells. The cells were engineered to light up in response to numerous stimuli. Upon being mixed with hydrogel and nutrients, the cells become printable to form three-dimensional, interactive structures and devices. The technique was demonstrated by printing what was described as a “living tattoo,” which came in the form of a thin, transparent, tree-shaped patch patterned with live bacteria cells.

Each brand is lined with cells that are sensitive to different chemical or molecular compounds. When the patch is applied to skin not yet exposed to the same compounds, corresponding regions respond by illuminating. The technique researchers use can fabricate “active” materials for wearable sensors and interactive displays. These materials can be patterned with live cells capable of sensing environmental chemicals, pollutants, along with pH and temperature changes. 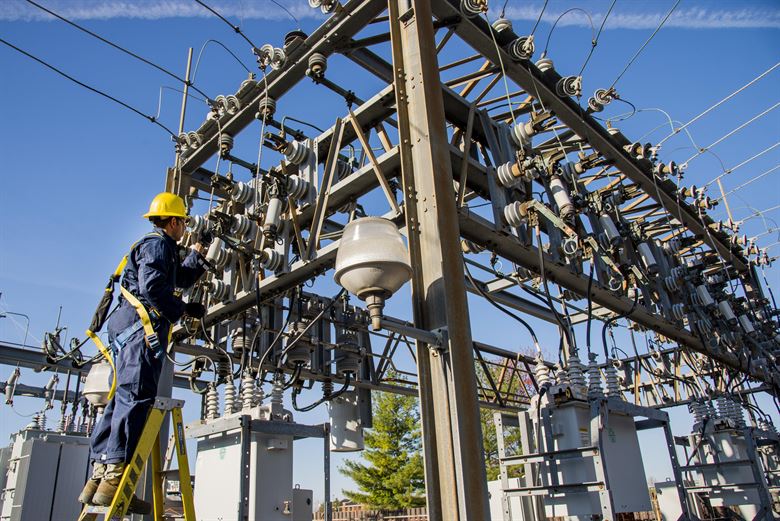 Installations and representatives from Headquarters Air Force participated in a two-day national Grid Security Exercise IV (or GridEx IV). The event facilitated a coordinated response to cyber and physical security threats to North America’s electricity grid and other critical infrastructure. GridEx IV is the largest event of its kind, which assembled over 6500 participants from 450 government agencies and private industry from the United States, Canada, and Mexico.

Other participants came from the Department of Defense, civilian federal agencies, state and local entities, and banking and telecommunication sectors and utilities, who simulated how they would respond, recover, and restore damaged grid infrastructure. One of the exercise’s primary objectives was to identify communication friction points and seek potential solutions. North American Electric Reliability Corporation, which is sponsoring GridEx IV, is working on a public report of recommendations and lessons learned, which is scheduled to be released early next year.