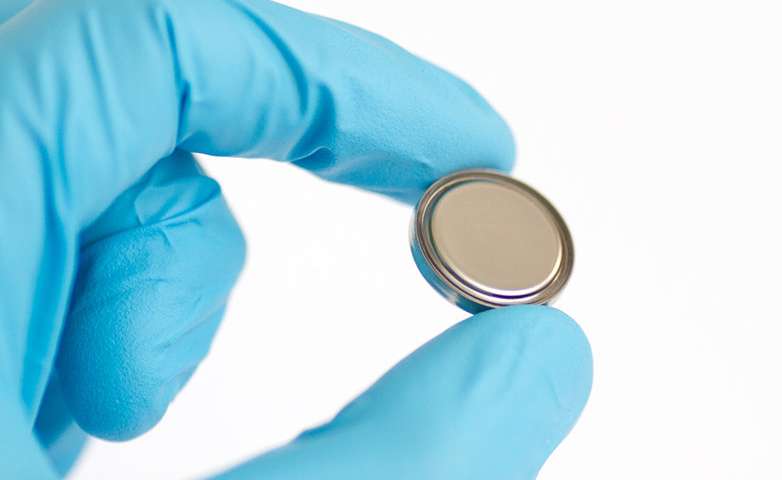 The researchers produced aluminum button cells in the laboratory. The battery case is made of stainless steel coated with titanium nitride on the inside to make it corrosion resistant. (Image Credit: ETH Zurich / Kostiantyn Kravchyk)

Researchers have discovered new conductor and electrode material that could aid in the development of cheaper batteries capable of large-scale storage of renewable energy. This transition ultimately relies on technologies that allow cheap and temporary storage of electricity from renewable sources. The material researchers are focusing on is aluminum batteries comprised of cheap and abundant raw materials.

Two new materials were identified by researchers that could be capable of facilitating significant breakthroughs toward developing aluminum batteries. The first is a corrosion-resistant material for the battery’s conductive parts, while the second is a novel material that can be adapted to a broad range of technical requirements for the battery’s positive pole. 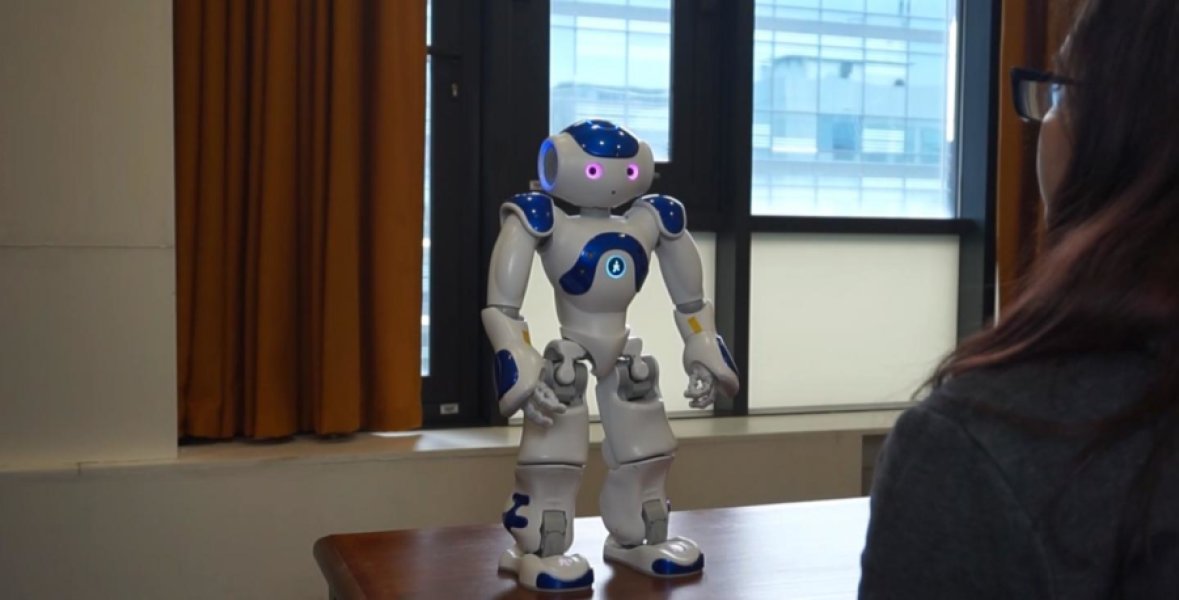 For the first time, studies are showing that social robots have the ability to deliver positive and motivational interviews. Also known as MI, this is a counseling technique aimed at encouraging changes in behavior. The interviewer’s role is to facilitate conversation about commitment and change.

The University of Plymouth’s School of Psychology organized a study around this concept, which was moderated by a social robot, programmed to encourage ideas and discussion regarding one’s ability to improve their physical activity. The robot successfully encouraged participants wanting to bolster their physical activity. Many participants lauded the impartial nature of their robotic moderator, with some even saying they would prefer engaging in these types of discussions with the robot over a human. 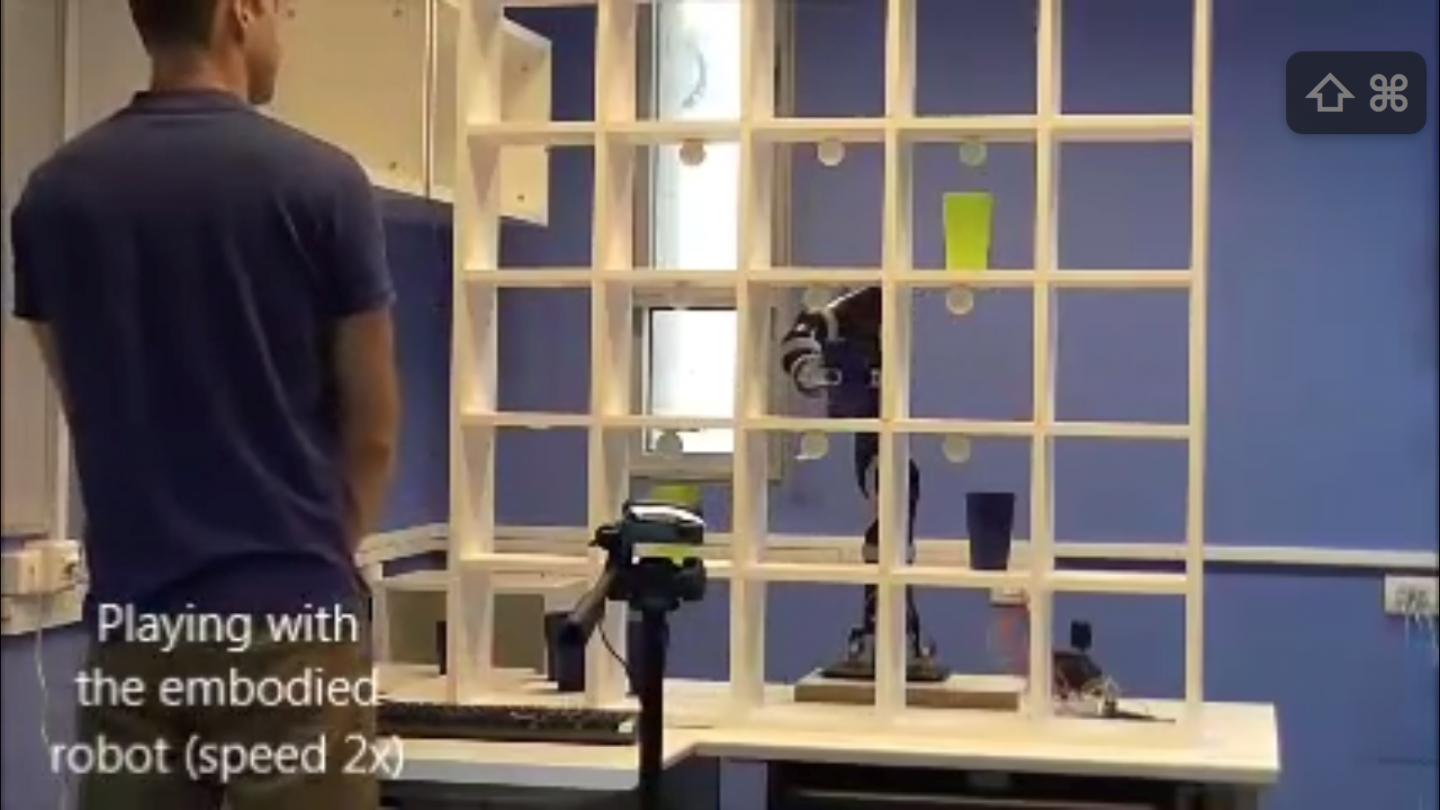 Researchers from Ben-Gurion University of the Negev (BGU) in Beer-Sheva, Israel have demonstrated for the first time the feasibility of a robotic system that plays Tic Tac Toe with rehabilitation patients to improve real-life task performance. (Image Credit: Ben-Gurion University)

Another “first time” instance occurred this week, this time regarding the ability of a robotic system playing Tic Tac Toe with rehabilitation patients to improve real-life task performance. The feat was achieved by researchers from Ben-Gurion University of Negev (BGU), who designed a game with a robotic arm to simulate “3D Functional Activities of Daily Living.” These are essentially movements and gestures people make on a daily basis (like drinking a cup) that can be the focus of certain physical rehabilitations (like people recovering from injured limbs).

The motivation of participants to play with a robot was compared to a set of computer-controlled LED lights. This was done to determine how important interacting with an actual physical robot was in this process. According to the study’s results, patients are willing to interact with a robotic device in a social setting, while embodiment plays an important role—all of which are encouraging signs for future systems. 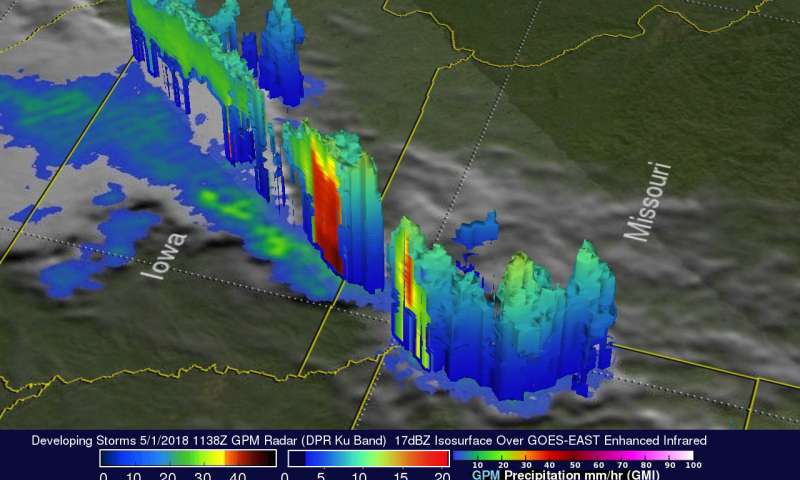 The core satellite used in the Global Precipitation Measurement (GPM) mission has spent a considerable amount of time observing severe weather in the American Midwest this week. Prior to the last couple of days, the infamous Tornado Alley had virtually no tornado activity, until 18 storms were reported in the area on Tuesday. GPM’s core observatory satellite was observing Tornado Alley on the morning of May 1, as storms began developing from Kansas to Minnesota. Tornadoes followed in the afternoon.

The GPM satellite’s Microwave Imager (GMI) and Dual Frequency Precipitation Radar (DPR) instruments closely monitored the storm activity, providing instant measurements of precipitation intensity. The craft’s radar (DPR Ku Band) made some startling discoveries, like how some storms in Kansas were producing rainfall at rates of 1.4 inches per hour.