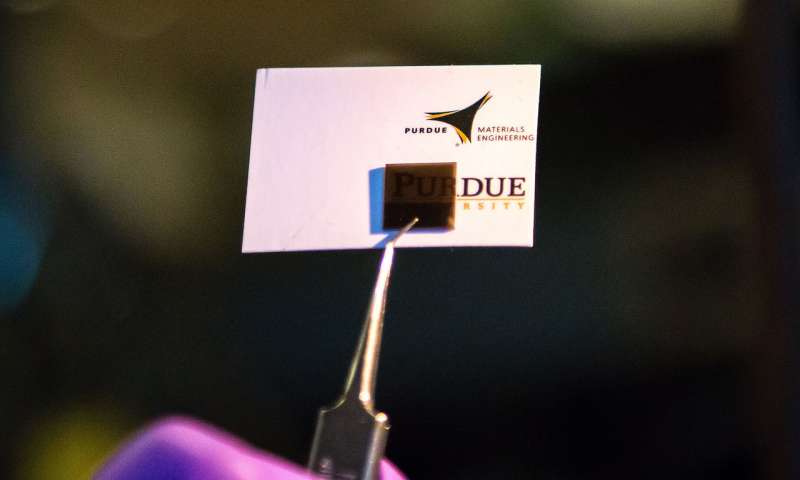 The sensor is made from a “quantum material” that, surprisingly, functions well in the cold, ambient temperatures typical of seawater. (Image Credit: Purdue University image/Marshall Farthing)

“Quantum material” that emulates a shark’s ability to sense minute electric fields from small prey has performed fairly well in ocean-like conditions, leaving potential room to be applied in applications ranging from defense to marine biology. The material maintains functional stability and doesn’t corrode after being immersed in saltwater. The material functions surprisingly well in cold temperatures, which aren’t uncommon in seawater. This technology could improve studies of oceanic organisms, ecosystems, along with monitoring movement for both military and commercial maritime applications. The new sensor was inspired by a shark organ near its mouth called the ampullae of Lorenzini, which detects small electric fields from prey animals. The sensor is composed of material called samarium nickelate, a quantum material whose performance taps into quantum mechanical interactions. 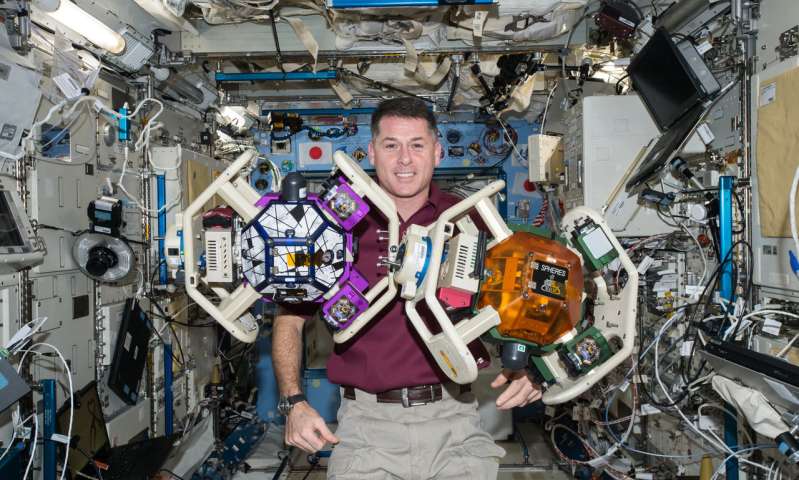 By developing floating assistant robots, ground-based researchers are enabling astronauts to focus on tasks only humans can handle. Robotic assistants have been a longtime (and constantly evolving) presence on the International Space Station (ISS). The first of these projects is called SPHERES (Synchronized Position Hold Engage, Reorient, Experimental Satellite) that originally derived from a professor’s challenge for his students to recreate the lightsaber training droid Luke Skywalker used in Star Wars Episode IV. These devices have operated on the ISS since first arriving in 2003, with three SPHERES in total—red, blue, and orange. The SPHERES propel themselves using AA batteries and bottles of carbon dioxide in the ISS microgravity environment, enabling these volleyball-sized crafts to examine materials, conduct experiments, connect to smartphones, and test new hardware. 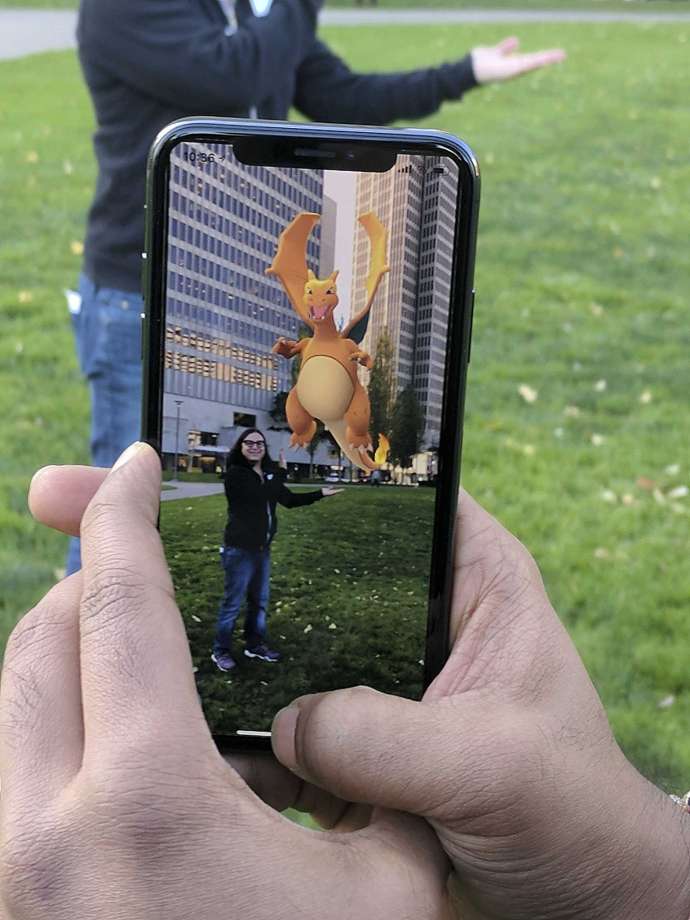 In this Monday, Dec. 18, 2017, photo, Pokemon Go is played at a park in San Francisco. Pokemon Go is unleashing its digital critters in Apple’s playground for augmented reality, turning iPhones made during the past two years into the best place to play the mobile game, according to the CEO of the company that makes Pokemon Go. (Image Credit: AP Photo/Michael Liedtke)

The popular smartphone app Pokemon Go, is shifting to a different iPhone dimension, due to software allowing the game to try new tricks with its array of different digital beings. The updated version relies on the internally developed Apple software called AR Kit, which gives the iPhone new ways to serve as a portal into augmented reality. After making the announcement on Wednesday, the new updates will add depth to the playing field and allow Pokemon to grow or shrink to fit their environment. Pokemon can now even flee upon detecting sudden movement or if a player approaches too quickly. Apple’s AR technology works on iPhones dating back to 2015. Apple hopes this is the start for app makers to find compelling ways for deploying its AR tools and hook people on its technology that has been embraced by a small number of smartphone users. 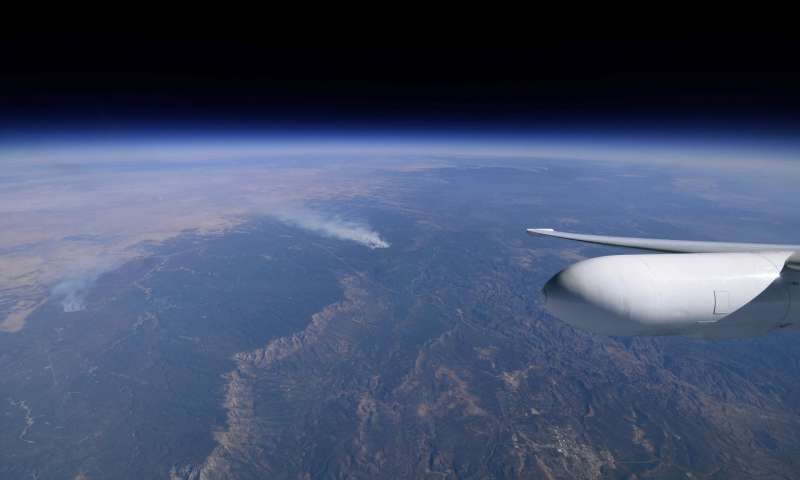 The view from NASA’s ER-2 flying at approximately 65,000 feet (19,812 meters) near a controlled fire burning near Flagstaff, Arizona, during the Aerosol Characterization from Polarimeter and Lidar (ACEPOL) airborne campaign on Nov. 7, 2017. (Image Credit: NASA/Stu Broce)

Researchers recently conducted test flights where prototypes of potential satellite sensors (namely two from NASA’s Jet Propulsion Laboratory). The probe basic science focused on aerosols, clouds air quality, and global ocean ecosystems. The flight campaign went by the name of Aerosol Characterization from Polarimeter and Lidar (ACEPOL), and sought to test capabilities of numerous proposed instruments for Aerosol-Cloud Ecosystem (ACE) pre-formulation studies. Aerosols are small solid or liquid particles suspended in Earth’s atmosphere that scatter and absorb sunlight, which are critical to the formation of clouds and precipitation. Scientists can analyze the scattered light with instruments like polarimeters that measure the color and polarization of scattered light and lidar, which use lasers to probe the atmosphere. These data sets collectively provide essential information regarding aerosol properties like shape, size, and chemical composition. This data helps gain a better understanding and assessment of their effects on weather, climate, and air quality.