The federal government’s penalties on hospitals will reach a new high as Medicare withholds more than half a billion dollars in payments over the next year, records released Tuesday show.

The government will punish more than half of the nation’s hospitals — a total of 2,597 — having more patients than expected return within a month. While that is about the same number penalized last year, the average penalty will increase by a fifth, according to a Kaiser Health News analysis.

The new penalties, which take effect in October, are based on the rehospitalization rate for patients with six common conditions. Since the Hospital Readmissions Reduction Program began in October 2012, national readmission rates have dropped as many hospitals pay more attention to how patients fare after their release.

The penalties are the subject of a prolonged debate about whether the government should consider the special challenges faced by hospitals that treat large numbers of low-income people. Those patients can have more trouble recuperating, sometimes because they can’t afford their medications or lack social support to follow physician instructions, such as reducing the amount of salt that heart failure patients consume. The Centers for Medicare & Medicaid Services says those hospitals should not be held to a different standard.

Medicare said the penalties are expected to total $528 million, about $108 million more than last year, because of changes in how readmissions are measured. 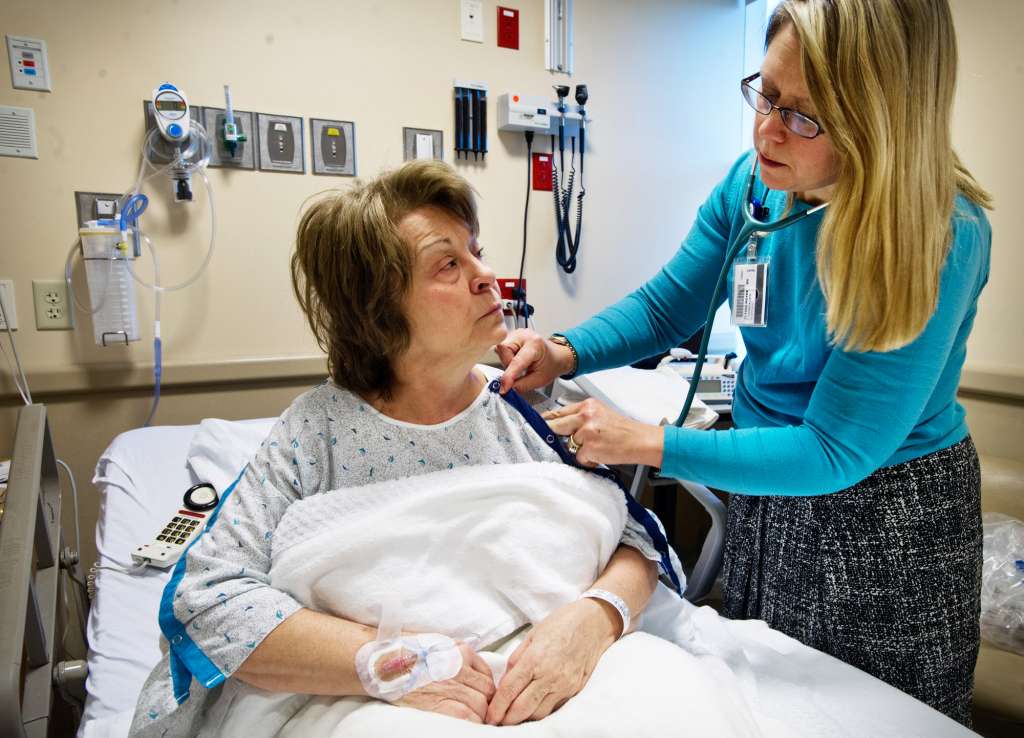 The fines are based on Medicare patients who left the hospital from July 2012 through June 2015. For each hospital, the government calculated how many readmissions it expected, given national rates and the health of each hospital’s patients. Hospitals with more unplanned readmissions than expected will receive a reduction in each Medicare case reimbursement for the upcoming fiscal year that runs from Oct. 1 through September 2017.

The payment cuts apply to all Medicare patients, not just those with one of the six conditions Medicare measured. The maximum reduction for any hospital is 3 percent, and it does not affect special Medicare payments for hospitals that treat large numbers of low-income patients or train residents. Forty-nine hospitals received the maximum fine. The average penalty was 0.73 percent of each Medicare payment, up from 0.61 percent last year and higher than in any other year, according to the KHN analysis.

Under the Affordable Care Act, which created the penalties, a variety of hospitals are excluded, including those serving veterans, children, and psychiatric patients. Maryland hospitals are exempted as well because Congress has given that state extra leeway in how it distributes Medicare money. Critical access hospitals, which Medicare also pays differently because they are the only hospitals in their areas, are also exempt.

As a result, more than 1,400 hospitals were automatically exempt from the penalties. Other hospitals did not have enough cases for Medicare to evaluate accurately and were not penalized. Of the hospitals that Medicare did evaluate, four out of five were penalized.

The KHN analysis found that 1,621 hospitals have been penalized in each of the five years of the program.

This article was prepared by Kaiser Health News.