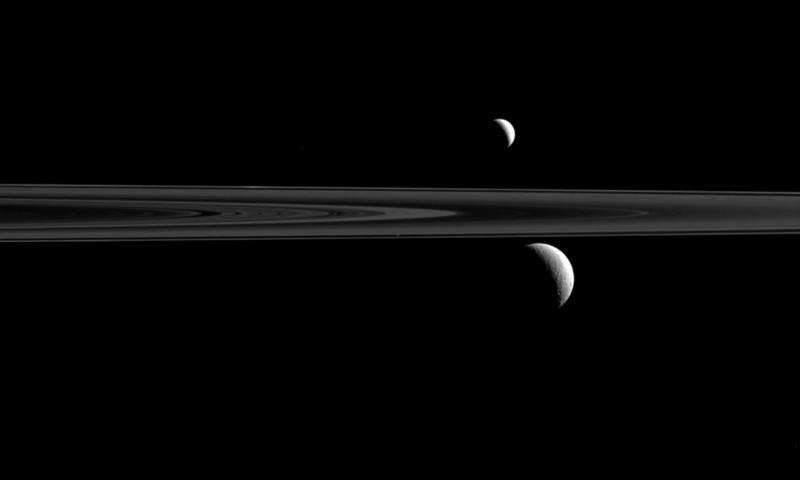 What looks like a pair of Saturnian satellites is actually a trio upon close inspection.

This view looks toward the unilluminated side of the rings from about 0.34 degrees below the ring plane.

The image was taken in visible light with the Cassini spacecraft narrow-angle camera on Sept. 24, 2015.