Earlier this month, I wrote a piece on how 5G was being used to keep wild boar populations at bay around the Pyeongchang stadium during the 2018 Winter Olympics. The piece covered one of the most innovative technologies being utilized at the games, which was ultimately the tip of the iceberg. The 2018 winter games provided a paramount opportunity for companies and governments alike to test some of the latest technologies from different industries, and put them on the international stage. These vehicles, devices, and applications will play essential roles in our future and are on the path towards becoming ubiquitous facets of everyday life in the not-too-distant future. Here are three noteworthy technologies that turned a lot of heads and almost garnered as much attention as the winter games themselves. 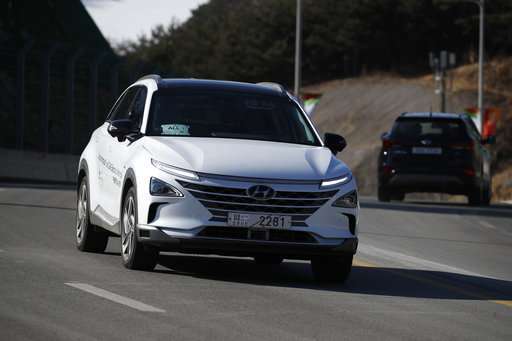 In this Monday, Feb. 12, 2018, photo, Hyundai’s autonomous fuel cell electric vehicle Nexo is driven along a road near the Pyeongchang Olympic Stadium in Pyeongchang, South Korea. At Pyeongchang Winter Olympic Games, there are two futures of self-driving vehicles in two different Olympic venues by two different companies. In a reminder of a proxy war between automakers and tech companies, Hyundai and KT have negotiated over the exclusive right to use the buzzword. (Image Credit: AP Photo/Jae C. Hong)

In an effort to distance themselves from being late arrivals in autonomous driving, Hyundai is the local sponsor for the transport category in the Olympics. Hyundai also jumped on an opportunity to gain some headway on their Japanese rivals preparing to deploy their own autonomous vehicle models at the 2020 Olympics, which will be held in Tokyo.

Hyundai had five Nexo fuel-cell cars traversing the grounds around the Olympic stadium and nearby area. These vehicles navigate without direct human control within a four-mile range from the Olympic stadium. Prior to the games, Hyundai administered a one-time test on the Nexos, and drove the vehicles 118 miles on the highway from Seoul to Pyeongchang. The vehicle passed through toll gates, navigated junctions, and tunnels without any human control or interruptions, an accomplishment that’s been attributed to years of preparation and development of 3D maps by the South Korean government. 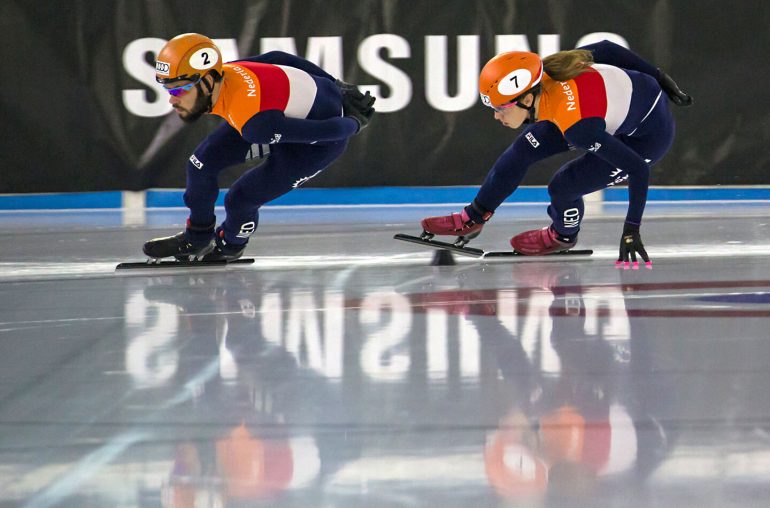 Two Dutch short track speedskaters were each issued a pair of Samsung’s SmartSuits, which are embedded with five sensors for measuring body posture, and calculating how far the skater’s hips are from the ice. This analysis is crucial because this distance (if maximized) enables skaters to increase their speed on the track. The data the suit captures is sent to an app, where it can be analyzed in real time by a coach. Skaters can even be issued reminders if they aren’t crouched at the ideal level for maximal speed, by feeling a vibration on their wrist that can be sent remotely from the app.

In an effort to keep Team USA athletes warm in the winter weather conditions, Ralph Lauren provided athletes with parkas with wearable hear technology. The parkas contained streamlined heating pieces made from electronic conductive printed inks that were fastened on the inside of the jacket in the shape of a silver and carbon American flag. Ralph Lauren’s Chief Innovation Officer mentioned how the parka’s heating element is actually thick as a thread of hair, and runs across the back of the jacket without any wires, and syncs with your smartphone so you can adjust the temperature. The heating capabilities last up to 11 hours, and are connected to a three-mode battery pack in the jacket’s pocket. 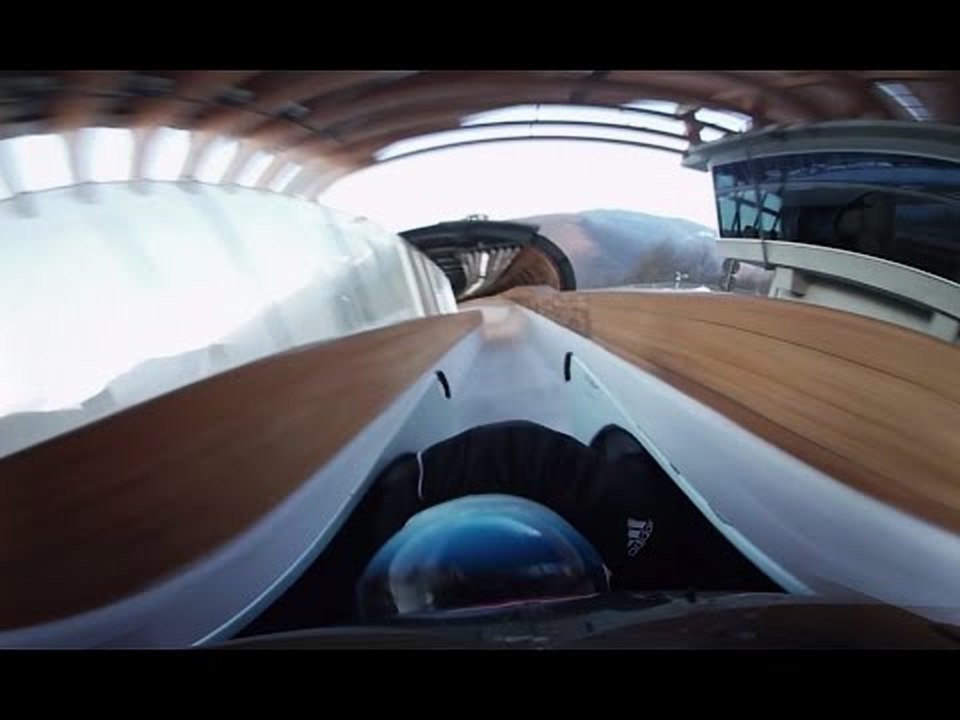 Winter sports fans who want to experience fast-paced events such as the bobsleigh races as vividly as possible, can do so using the Bobsleigh 360 app for Android and iOS. Users can experience the race from the pilot’s point of view, and go through the entire process from climbing into the sleigh, the push-off, and race speeds that exceed 90 mph. Bobsleigh 360 has several features, like 360-degree video of actual bobsleigh runs, user-controller viewpoint, along with support for 2D and VR viewing.

The app even adds new runs and tracks as they become available. The technology is based on a first-of-its-kind VR training tool developed by Raydon Corporation, which aimed to improve the quality of safety and performance for bobsleigh teams. The pre-recorded races can be experienced on a tablet or (for a more immersive experience) a VR headset.