On this day in 1895, Charles Steinmetz patented the first three phase alternating current generator, introducing A/C power to the world. 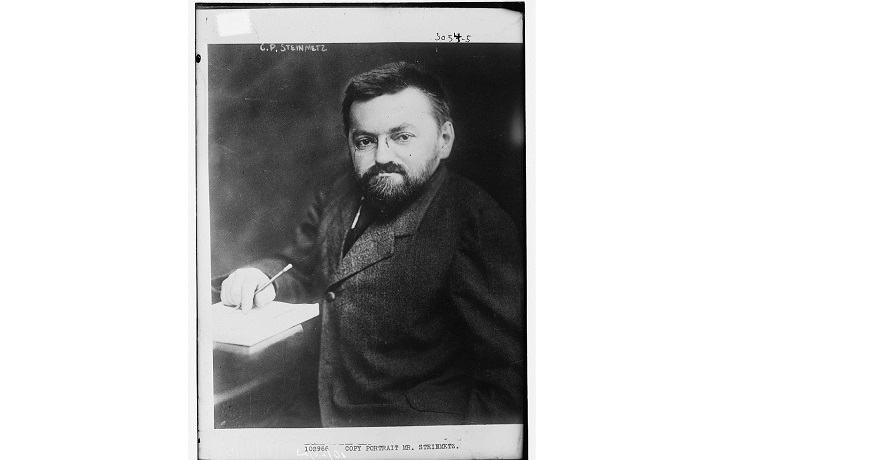 Steinmetz had immigrated to the United States from Prussia in 1889. He was forced to flee from the university in Germany where he received his Ph. D. after he after he wrote an article critical of the German government, and then moved to Zurich before immigrating to New York City. At Ellis Island he faced threat of expulsion due to his dwarfism, but entered the country on the strength of his mathematical ability.

After this he worked at an electrical firm in Yonkers, N.Y., where he developed Steinmetz’s Law, which deals with power loss from magnetic action.

Steinmetz, center, was one of the premiere General Electric engineers who accompanied Albert Einstein (eighth from left) on a tour of the wireless radio station at Somerset, N.J. in 1921. Image credit: Franklin Township Public Library

Steinmetz has been described as an “engineer’s engineer” due to his diligent work. He spent a large part of his career working for General Electric, and had more than 200 patents by the time of his death in 1923.