On this day in 1947, U.S. Air Force Captain Chuck Yeager and the X-1 aircraft broke the sound barrier, marking the first time a human flew faster than the speed of sound.

Along with being the first craft to break the sound barrier, the X-1 was one of the first research aircraft ever used by the military. It was built by Bell Aircraft Corporation and used by the Army and the NACA (the National Advisory Committee for Aeronautics, now NASA.) The thin wings and XLR-11 rocket engine propelled it to Mach 1. 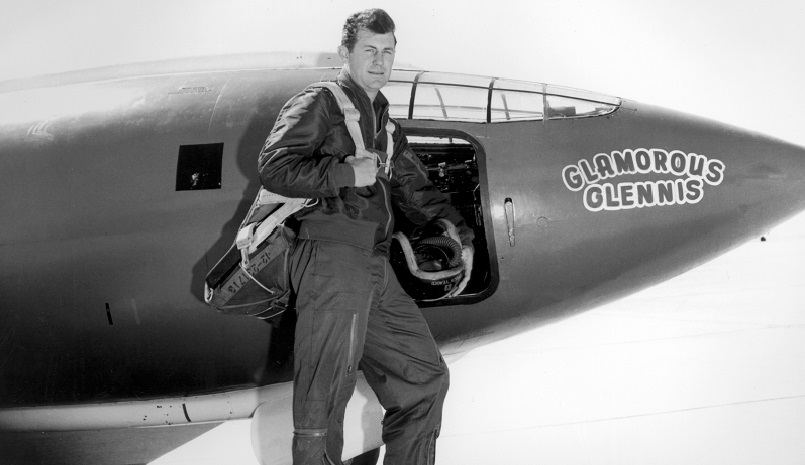 The accomplishment was top secret when it first occurred, and was therefore only revealed to the public in a leak in December of 1947, followed by official confirmation in March of 1948.

On the same day 65 years later, in 2012, Felix Baumgartner became the first person to break the sound barrier without a vehicle when he jumped out of a capsule flying about 24 miles over the Earth.