On this day in history, October 21, 1975, the Soviet unmanned spacecraft Venera 9 became the first man-made object to orbit Venus. The spacecraft’s probe touched down on the surface of the planet the following day.

Venera 9 was launched from the Baikonur Cosmodrome on June 8, 1975 as part of a series of Soviet missions to Venus. It consisted of an orbiter and a lander. The orbiter was made up of a cylinder with two solar panel wings and a high gain parabolic antenna attached to the curved surface. Attached to the bottom of the cylinder was a bell-shaped unit holding propulsion systems, while a 2.4 meter sphere, which held the lander, was mounted on top. 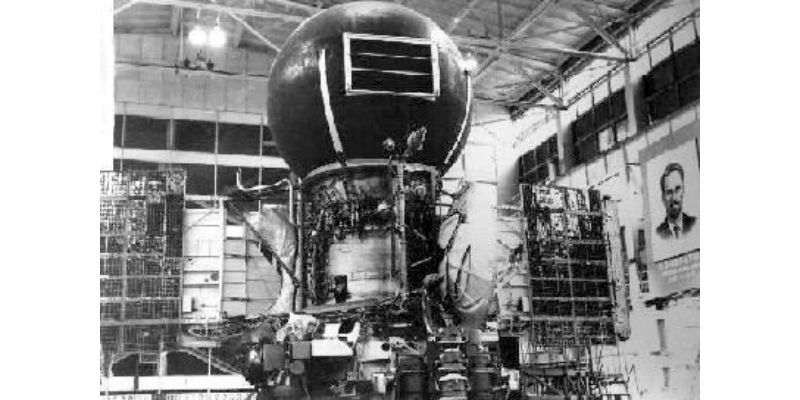 After the orbiter entered the orbit of Venus, its mission was to act as a communications relay for the lander and to explore cloud layers and atmospheric parameters with a variety of instruments and experiments. It measured clouds that were 30 to 40 km thick. It also measured atmospheric chemicals including hydrochloric acid, hydrofluoric acid, bromine, and iodine. Other measurements included a temperature reading of 860°F, a surface pressure 90 times that of Earth, and surface light levels comparable to those at Earth mid-latitudes on a cloudy summer day. 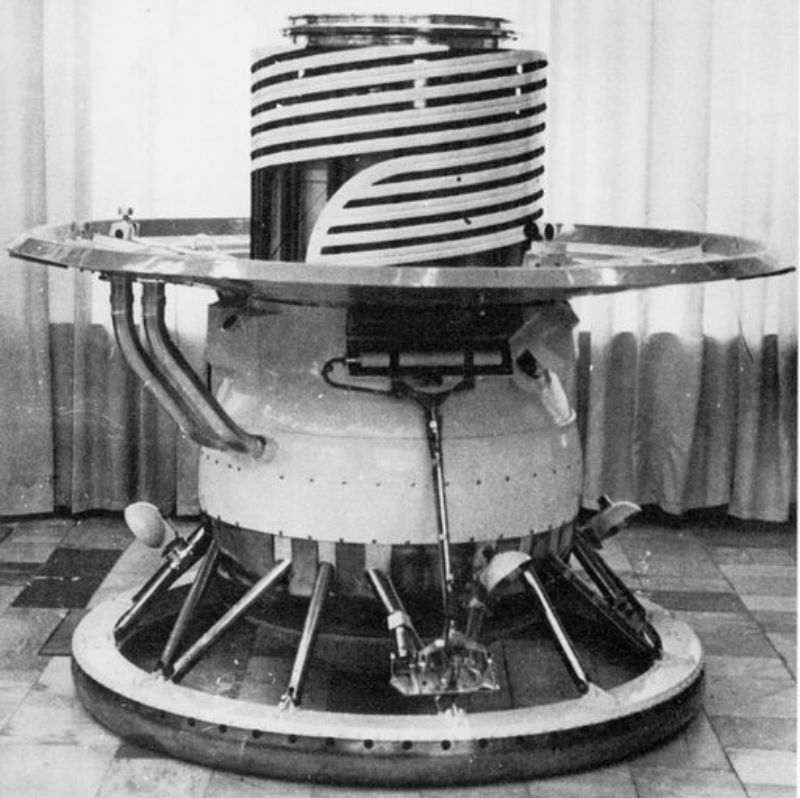 In its 53 minutes of transmissions, the lander became the first probe to send back black and white television pictures from the Venusian surface, showing shadows, no apparent dust in the air, and a variety of 12 to 16 inch rocks which were not eroded. Unfortunately, planned 360-degree panoramic photos could not be taken because one of the two camera lens covers failed to come off. This limited the probe to only take picture to 180-degrees.

Venera 10 landed on Venus on October 25, 1975 to take additional photographs and study the rocks on the surface of the planet.