On this day in 1986, the experimental aircraft Voyager completed the first nonstop flight around the globe that took only one load of fuel. 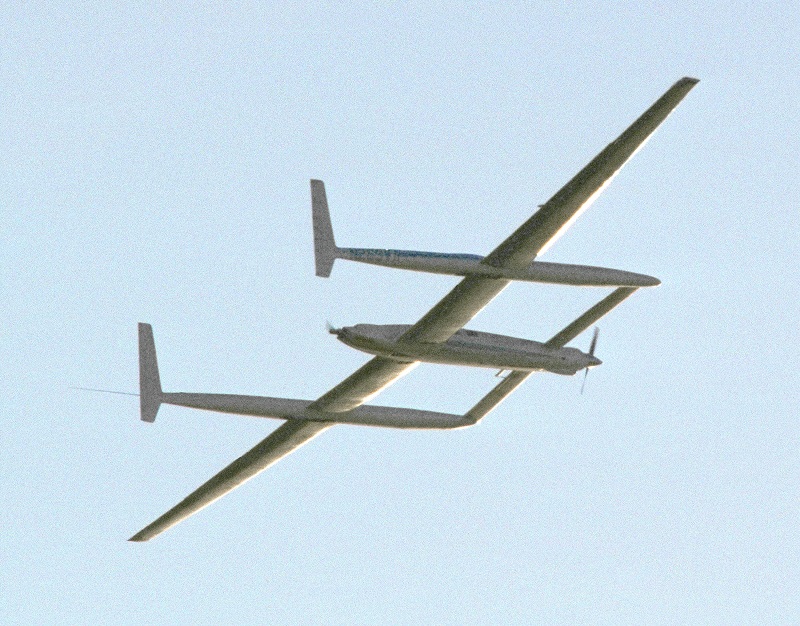 The Voyager shortly before its landing at Edwards Air Force Base in 1986. Image credit: NASA/Thomas Harrop

It had taken off from Edwards Air Force Base on Dec. 14 with three crew members, Jeana Yeager and brothers Burt and Dick Rutan.  Near the end of the nine-day journey, one of the Voyager’s engines stopped, sending the plane dropping 3,500 feet until an alternate engine could be started up.

The Voyager on display in the National Air and Space Museum in Washington, D.C. Image credit: Wikimedia Commons / Public Domain

In order to make the journey, almost every possible part of the plane was used for fuel storage, with the rest stripped down to reduce weight. The plane had a 111-foot wingspan, with a horizontal stabilizer wing along its nose. In order to keep its body as light as possible, it was made with carbon-fiber tape and paper, sealed with epoxy resin and cured in an oven.