Toshiba Corp. has unveiled a remote-controlled robot with tongs that it hopes will be able to probe the inside of one of the three damaged reactors at Japan’s tsunami-hit Fukushima nuclear plant and manipulate chunks of melted fuel.

An earlier robot captured images of pieces of melted fuel in the reactor last year, but other details of the fuel’s status remain largely unknown.

Toshiba’s energy systems unit said experiments with the new probe planned in February are key to determining the technologies needed to remove the fuel debris, the most challenging part of the decades-long decommissioning process. 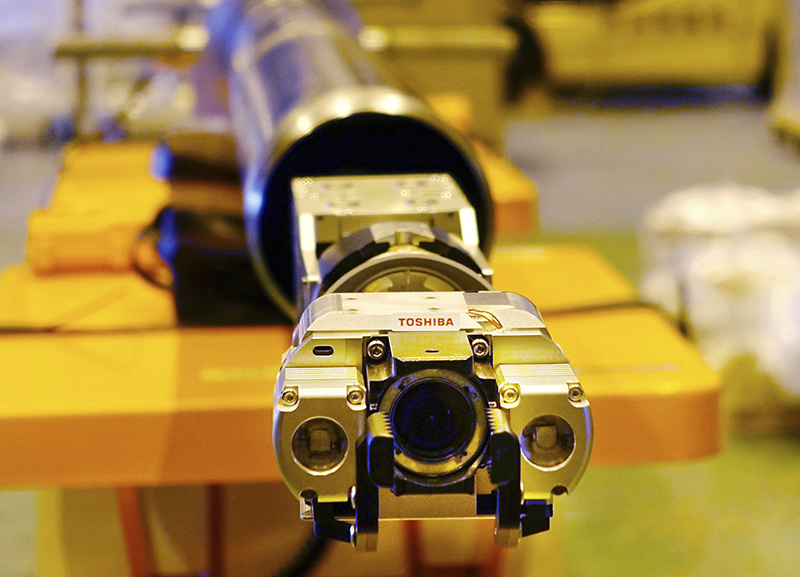 A remote-controlled melted fuel probe device is unveiled by Toshiba Corp. at its facility in Yokohama, near Tokyo, Monday, Jan. 28, 2019. Toshiba unveiled the device carrying tongs that comes out of a long telescopic pipe for an internal probe in one of three damaged reactor chambers at Japan’s tsunami-hit Fukushima nuclear plant – this time to touch chunks of melted fuel. (AP Photo/Mari Yamaguchi)

NVIDIA to discuss edge to cloud computing at Robotics Summit

Lanner Electronics and MOV.AI partner to speed up AMR development