In a brash move likely to roil insurance markets, President Donald Trump will “immediately” halt payments to insurers under the Obama-era health care law he has been trying to unravel for months.

Before sunrise Friday morning, Trump went on Twitter to urge Democrats to make a deal: “The Democrats ObamaCare is imploding,” he wrote. “Massive subsidy payments to their pet insurance companies has stopped. Dems should call me to fix!”

The Department of Health and Human Services had made the announcement in a statement late Thursday. “We will discontinue these payments immediately,” said acting HHS Secretary Eric Hargan and Medicare administrator Seema Verma. Sign-up season for subsidized private insurance starts November 1, in less than three weeks, with about 9 million people currently covered.

In a separate statement, the White House said the government cannot legally continue to pay the so-called cost-sharing subsidies because they lack a formal authorization by Congress. Officials said a legal opinion from the Justice Department supports that conclusion.

However, the administration had been making the payments from month to month, even as Trump threatened to cut them off to force Democrats to negotiate over health care. The subsidies help lower copays and deductibles for people with modest incomes.

Halting the payments would trigger a spike in premiums for next year, unless Trump reverses course or Congress authorizes the money. The next payments are due around October 20. 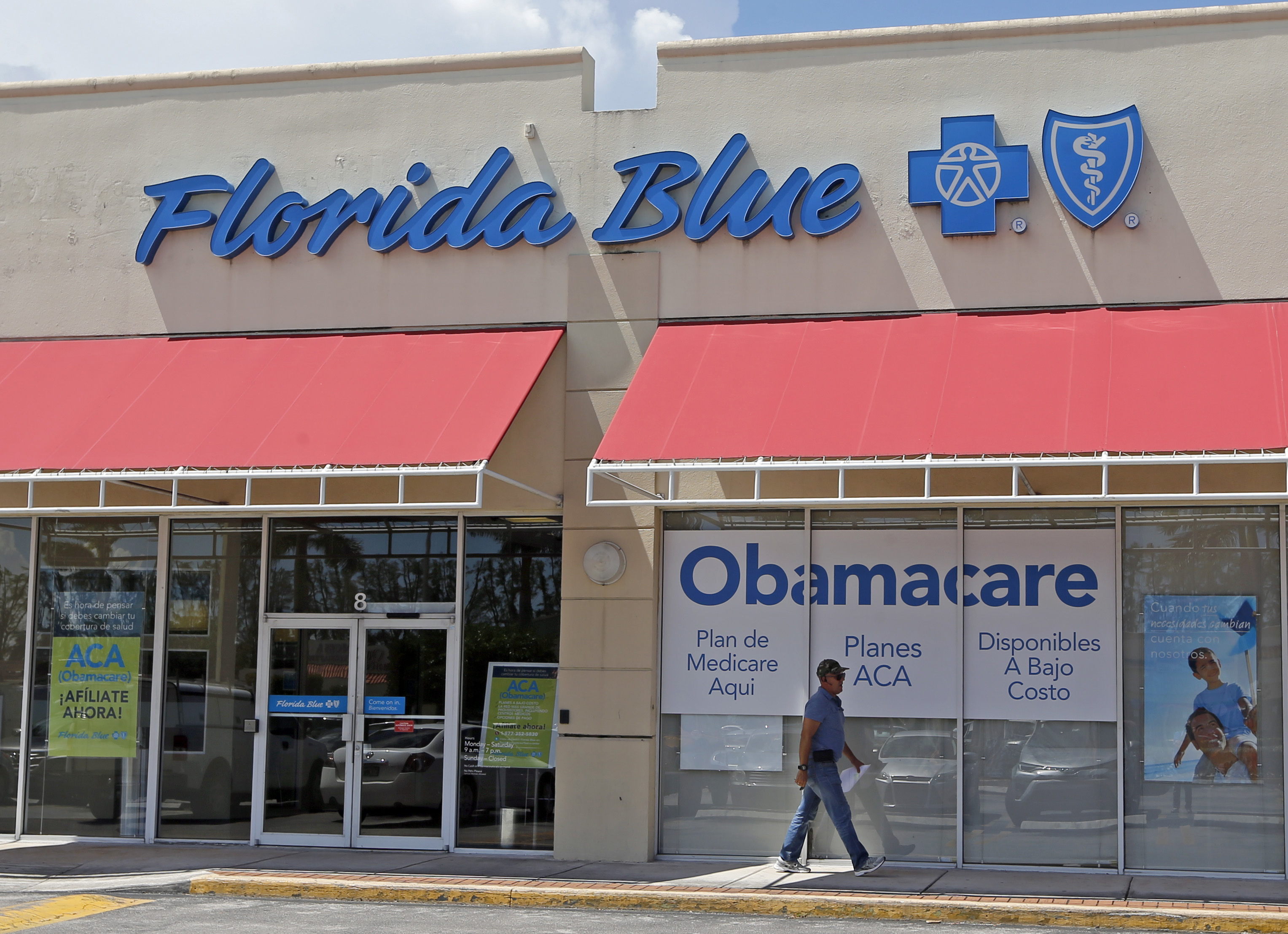 The top two Democrats in Congress sharply denounced the Trump plan in a joint statement.

“It is a spiteful act of vast, pointless sabotage leveled at working families and the middle class in every corner of America,” said House and Senate Democratic leaders Nancy Pelosi of California and Chuck Schumer of New York. “Make no mistake about it, Trump will try to blame the Affordable Care Act, but this will fall on his back and he will pay the price for it.”

In a subsequent tweet, Trump asserted, “Obamacare is a broken mess. Piece by piece we will now begin the process of giving America the great HealthCare it deserves.”

The president’s action is likely to trigger a lawsuit from state attorneys general, who contend the subsidies to insurers are fully authorized by federal law, and say the president’s position is reckless.

“We are prepared to sue,” said California Attorney General Xavier Becerra. “We’ve taken the Trump Administration to court before and won.”

Word of Trump’s plan came on a day when the president had also signed an executive order directing government agencies to design insurance plans that would offer lower premiums outside the requirements of President Barack Obama’s Affordable Care Act.

Frustrated over setbacks in Congress, Trump is wielding his executive powers to bring the “repeal and replace” debate to a head. He appears to be following through on his vow to punish Democrats and insurers after the failure of GOP health care legislation.

On Twitter, Trump has termed the payments to insurers a “bailout,” but it’s unclear if the president will get Democrats to negotiate by stopping payment.

Experts have warned that cutting off the money would lead to a double-digit spike in premiums, on top of increases insurers already planned for next year. That would deliver another blow to markets around the country already fragile from insurers exiting and costs rising. Insurers, hospitals, doctors’ groups, state officials and the U.S. Chamber of Commerce have urged the administration to keep paying.

The so-called “cost-sharing” subsidies defray copays and deductibles for people with low-to-modest incomes, and can reduce a deductible of $3,500 to a few hundred dollars. Assistance is available to consumers buying individual policies; people with employer coverage are unaffected by the dispute.

Nearly 3 in 5 HealthCare.gov customers qualify for help, an estimated 6 million people or more. The annual cost to the government is currently about $7 billion.

But the subsidies have been under a legal cloud because of a dispute over whether the Obama healthcare law properly approved them. Adding to the confusion, other parts of the Affordable Care Act clearly direct the government to reimburse the carriers.

For example, the ACA requires insurers to help low-income consumers with their copays and deductibles.

And the law also specifies that the government shall reimburse insurers for the cost-sharing assistance that they provide.

But there’s disagreement over whether the law properly provided a congressional “appropriation,” similar to an instruction to pay. The Constitution says the government shall not spend money unless Congress appropriates it.

A district court judge agreed with House Republicans, and the case has been on hold before the U.S. appeals court in Washington. Up to this point the Trump administration continued making the monthly payments, as the Obama administration had done.

While the legal issue seems arcane, the impact on consumers would be real.

The Congressional Budget Office estimated that premiums for a standard “silver” plan will increase by about 20 percent without the subsidies. Insurers can recover the cost-sharing money by raising premiums, since those are also subsidized by the ACA, and there’s no legal question about their appropriation.

Consumers who receive tax credits under the ACA to pay their premiums would be shielded from those premium increases.

But millions of others buy individual healthcare policies without any financial assistance from the government and could face prohibitive increases. Taxpayers would end up spending more to subsidize premiums.