A Houston surgeon has canceled a trip to Iran to perform lifesaving surgeries because of uncertainty over the future of President Donald Trump’s refugee and immigration travel ban.

Dr. Alireza Shamshirsaz is an Iranian-born professor of obstetrics and gynecology at Baylor College of Medicine in Houston. He specializes in fetal surgery, and he has already had devastating video chats with two sets of parents who expected him to operate on their unborn children.

“It was a disaster. They were sobbing, completely and totally devastated. Now, there is no hope for them,” he told the Houston Chronicle. 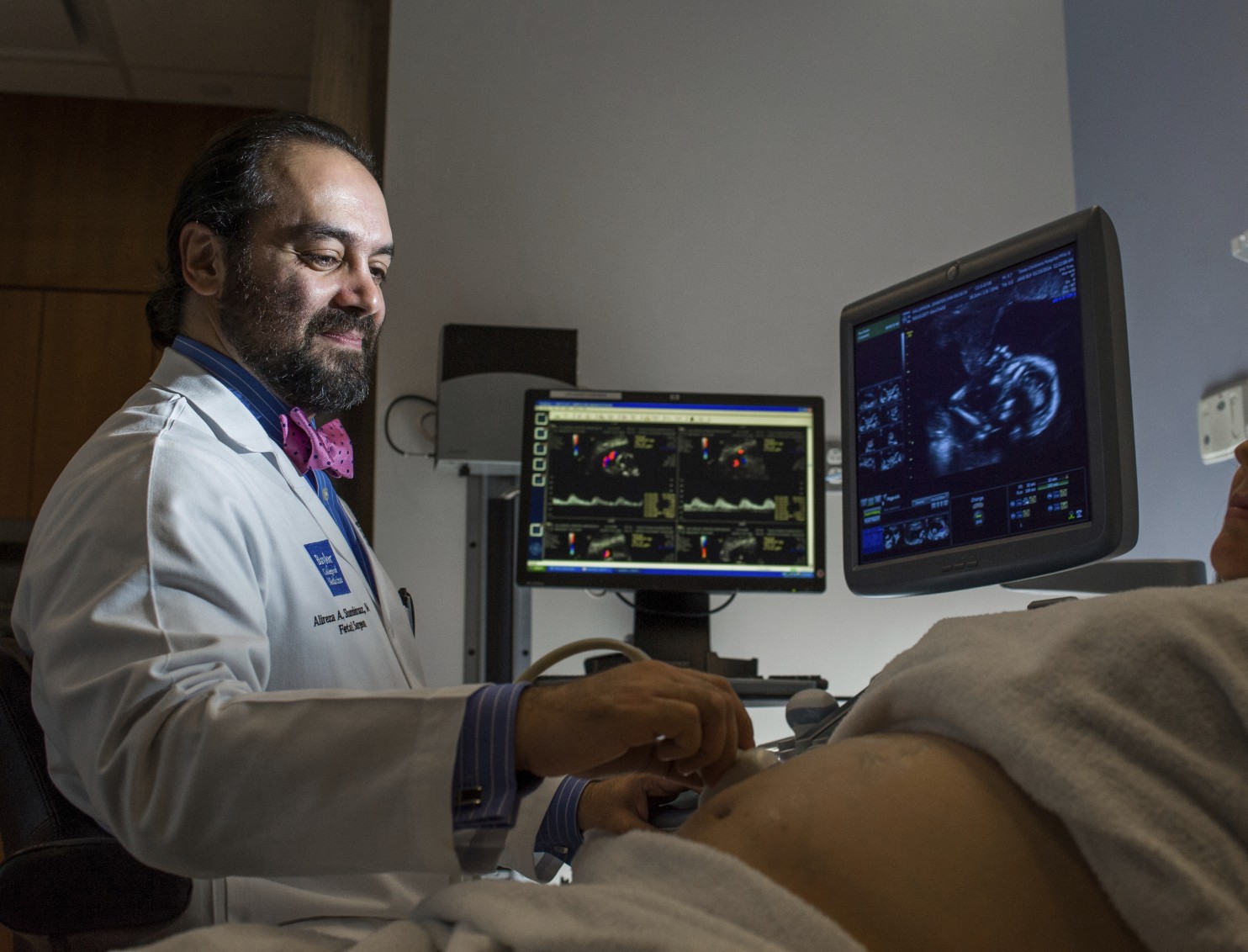 Dr. Alireza Shamshirsaz, an Iranian-born professor of obstetrics and gynecology at Baylor College of Medicine, is part of the Texas Children’s Fetal Center,’one of only a handful of centers in the world capable of performing complicated open fetal surgeries. The Houston surgeon has cancelled a trip to Iran to perform life-saving surgeries because of uncertainty over the future of President Donald Trump’s refugee and immigration travel ban. (Allen S. Kramer/Texas Children’s Hospital via AP)

A federal court has blocked the Trump ban affecting travel to and from Iran and six other Muslim-majority countries. The Trump administration is appealing that ruling, and Trump has promised more action.

Technically, nothing stood in the way of Shamshirsaz’s planned 10-day trip. He has a permanent resident’s visa, the “green card” the U.S. issues to permanent noncitizen residents. However, foreign nationals with green cards and other visas were stopped and detained at U.S. airports in the days following the implementation of Trump’s ban.

Even though that ban has been held up by federal courts, the Trump administration is appealing that order, meaning it could be reimposed. Trump said Friday he is considering signing a new order to replace his previous ban. Shamshirsaz said he is worried that he would be stranded in Iran and unable to return to his wife and U.S. patients.

“There’s just too much uncertainty right now to know what is the right thing to do,” said Shamshirsaz, who is only one of a handful of surgeons capable of operating on fetuses.