Turning to an industry he’s rebuked, President Donald Trump on Monday picked a former top pharmaceutical and government executive to be his health secretary.

If confirmed, Alex Azar would oversee a $1 trillion department responsible for major health insurance programs, including “Obamacare,” as well as medical research, food and drug safety, and public health.

The nomination of Azar is unusual because Health and Human Services secretaries have come from the ranks of elected officials such as governors, leaders in academia and medicine, or top executive branch managers — not industries regulated by the department.

“He will be a star for better healthcare and lower drug prices!” Trump tweeted in a morning announcement. Trump has a track record of making industry-friendly nominations, such as former ExxonMobil CEO Rex Tillerson as secretary of state and wealthy investor Wilbur Ross as secretary of commerce.

But Trump also has been a scathing critic of the drug companies, both as a candidate and as president.

Azar, 50, a lawyer by training, has spent most of the last 10 years with pharmaceutical giant Eli Lilly, rising to president of its key U.S. affiliate before leaving in January to start his own consulting firm. He’s also seen as an expert on government health care regulation. 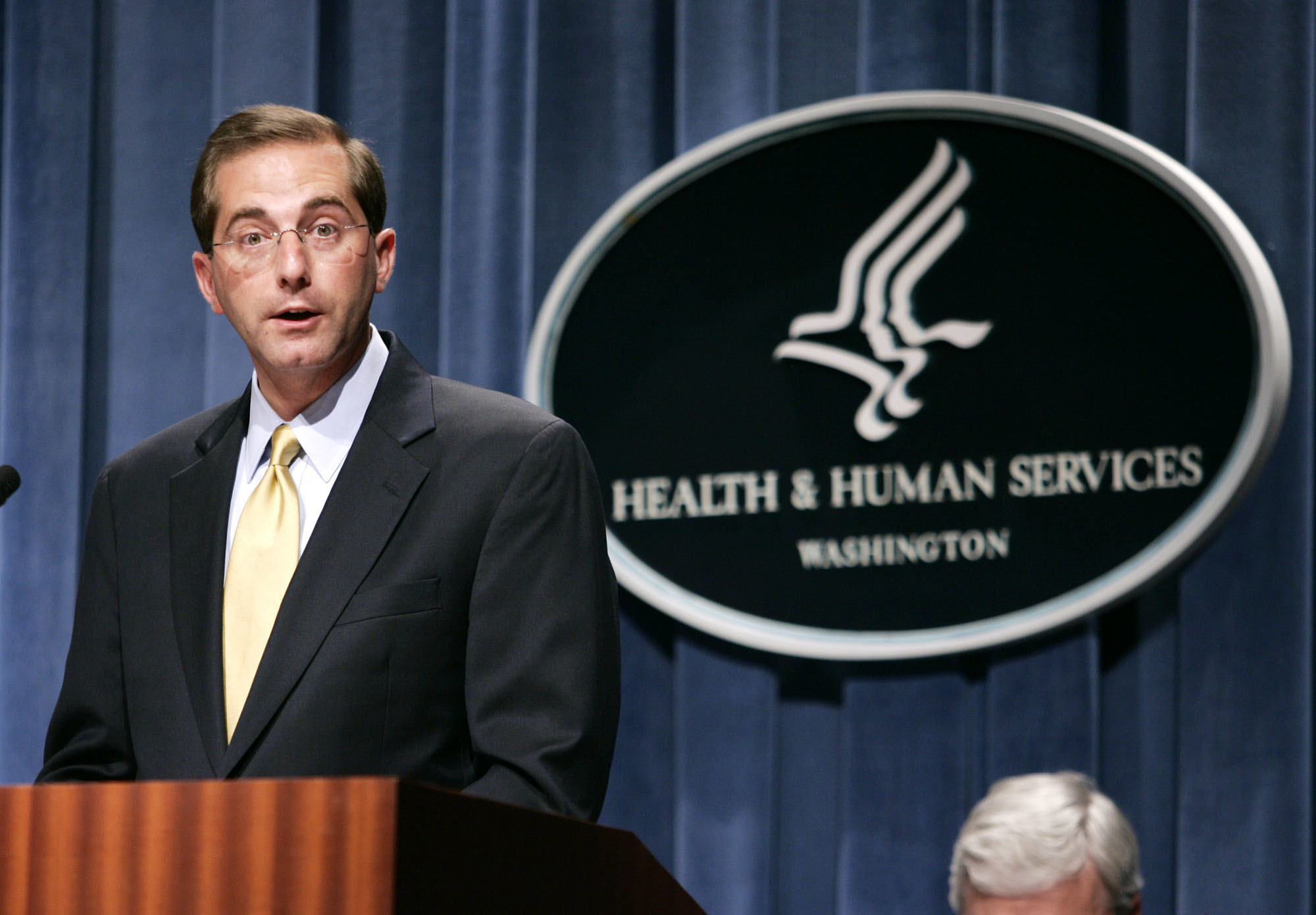 As secretary, Azar would be returning to HHS after serving in senior posts in the George W. Bush administration. He would have to scrupulously avoid conflicts with Lilly’s far-reaching interests, from drug approval to Medicare reimbursement. The drugmaker has drawn criticism from patient advocacy groups for price increases to one of its biggest products: insulin, used to treat high blood sugar for nearly 100 years.

Azar’s earlier HHS nominations in the Bush era sailed through the Senate. This time, he’ll face Democrats wary of the administration’s unyielding quest to repeal the Affordable Care Act.

Top Democrats in Congress were skeptical, but also said they hoped Azar would bring a shift from an ideological hard line on “Obamacare.”

“It’s time to turn over a new leaf at HHS,” sais Sen. Chuck Schumer of New York, the Democratic leader.

Sen. Patty Murray, D-Wash., flagged a potential conflict of interest, questioning how Azar “can fairly execute any significant effort to lower drug prices for patients.” Murray is the senior Democrat on the Health, Education, Labor and Pensions Committee.

But committee chairman Sen. Lamar Alexander, R-Tenn., cast Azar as a problem solver, saying “he has the qualifications and experience to get results.”

Trump has been a sharp critic of the industry. “The drug companies, frankly, are getting away with murder,” he said at a Cabinet meeting this fall. Prices are “out of control.”

In the spring, a Trump tweet sent drug stocks tumbling after the president said he was working on a new system that would foster competition and lead to much lower prices. In meetings with industry executives, however, Trump has focused on speeding up drug approvals, a cost-reducing tactic they would back.

Professionally, Azar has another set of skills that may be valuable to the president. In his previous service at HHS, the Yale law graduate developed an insider’s familiarity with the complex world of federal health care regulation, serving first as the department’s chief lawyer and later as deputy secretary.

Frustrated by fruitless efforts to overturn the Obama-era health law in Congress, Trump might see the regulatory route as his best chance to make a mark on health care.

If confirmed, Azar would join the club of Trump administration officials from big business. Ross was chairman of a private equity firm he founded and later sold. Treasury Secretary Steven Mnuchin was a former Goldman Sachs executive and hedge fund manager. Tillerson was CEO of ExxonMobil.

Admirers say Azar’s drug industry experience should be considered an asset, not a liability.

“To the extent that the Trump administration has talked about lowering drug prices, here’s a guy who understands how it works,” said Tevi Troy, who served with Azar in the Bush administration and now leads the American Health Policy Institute, a think tank focused on employer health insurance.

“Would (Azar) have been better off if he had been meditating in an ashram after serving as deputy secretary?” asked Troy.