According to the Japan Aerospace Exploration Agency (JAXA) via Phys.org, “If the mission is successful, the rovers will conduct the world’s first moving, robotic observation of an asteroid surface.”

The two MINERVA-II1 rovers, dubbed ROVER-1A and ROVER-1B, will collect sampling data and strive to answer probing questions about the universe. Once on the surface, the robots will hop around, jumping as high as 49 ft (15 m), and staying in the air as long as 15 minutes. They’ll use on-board cameras, thermometers, sensors, accelerometers, and gyroscopes, according to JAXA. 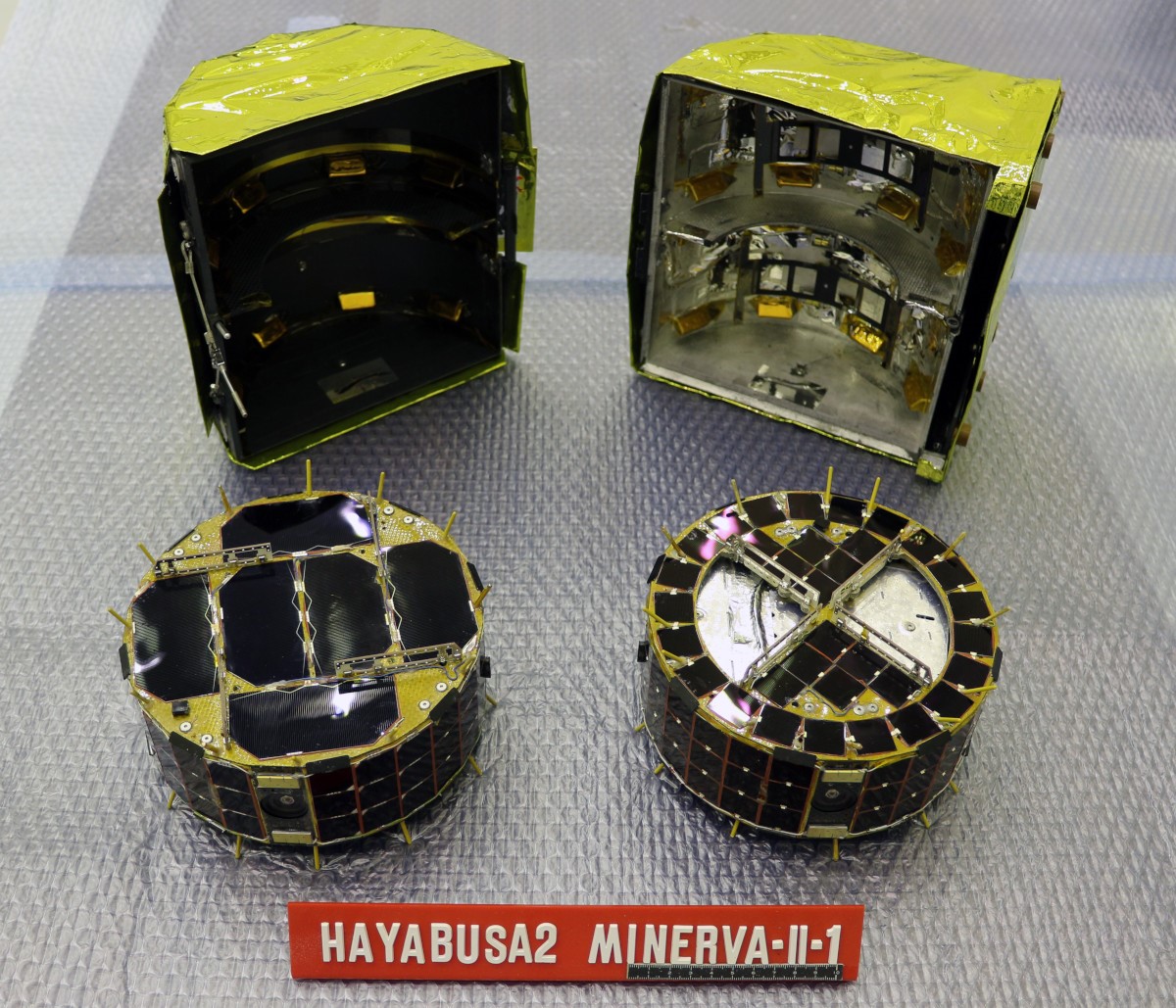 The heavier ROVER-2 is also set to deploy, which will use optical and ultraviolet LEDs to detect floating dust particles. It currently waits on Hayabusa2 in the MINERVA-II2 container. The Hayabusa2 mission will also release the MASCOT lander, aiming to map the asteroid’s surface.

This current mission is a follow up to the previous Hayabusa attempt to study the Itokawa asteroid in 2005, and although it returned dust samples, the probe suffered a host of technical problems.

For now, the team will wait for confirmation from the Hayabusa2 probe over the next few days, to see if the rovers’ landing was a success.

“We are very much hopeful. We don’t have confirmation yet, but we are very, very hopeful,” says JAXA Project Manager Yuichi Tsuda to reporters, according to Phys.org.

The Hayabusa2 mission launched back in December 2014, and plans to return back to Earth with samples to analyze in 2020.

Enjoy the JAXA video below, which describes the Hayabusa2 remote sensing instruments.