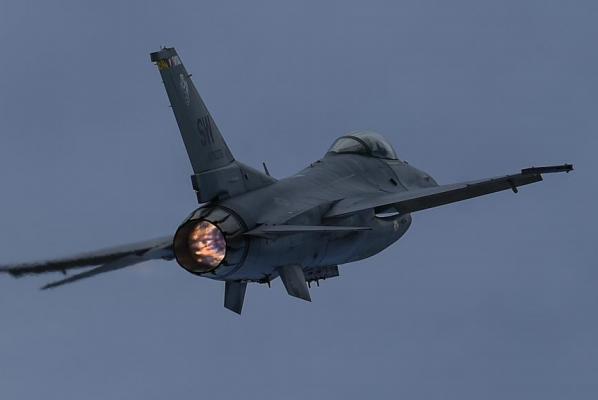 An F-16 Fighting Falcon performed an unmanned combat mission during a recent demonstration held by Lockheed Martin and the U.S. Air Force.

“This demonstration is an important milestone in AFRL’s maturation of technologies needed to integrate manned and unmanned aircraft in a strike package,” Capt. Andrew Perry said in a press release. “We’ve not only shown how an Unmanned Combat Air Vehicle can perform its mission when things go as planned, but also how it will react and adapt to unforeseen obstacles along the way.”

During the event, the fighter jet acted as a surrogate Unmanned Combat Air Vehicle capable of autonomously reacting to threats while performing an air-to-surface strike mission.

Lockheed Martin says the plane successfully demonstrated an ability to plan and execute the mission, react to a changing threat environment, and automatically manage itself to avoid capability errors. The event marks the second demonstration in a series of planned flight tests known as Have Raider II. The first test focused on flight maneuvers.