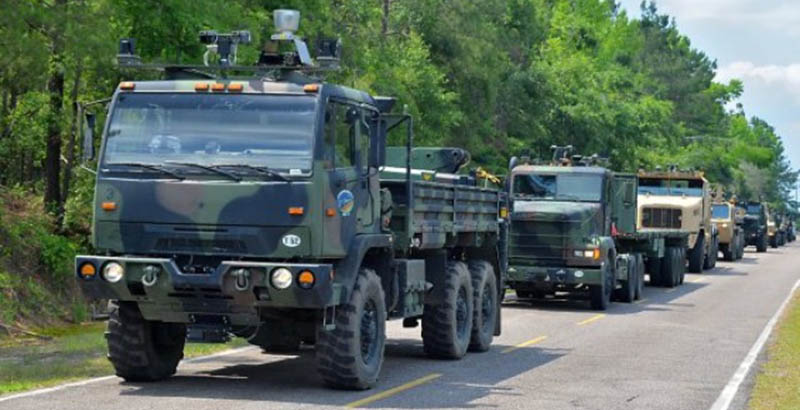 A convoy of U.S. Army vehicles will cruise along a stretch of Interstate 69 in Michigan as part of an initial testing of driverless military vehicle equipment on public roadways.

Representatives from the U.S. Army Tank Automotive Research, Development and Engineering Center and the Michigan Department of Transportation held public information sessions on the testing Monday in eastern Michigan.

In late June, the vehicles will test a piece of technology that’s critical in the development and testing of driverless and connected vehicles, the Times Herald of Port Huron reported. Someone will be behind the wheel of each vehicle, which is equipped with features from the driverless vehicle systems, including adaptive cruise control and lane keep assist, The Flint Journal reported.

Six radio transmitters will be set up along Interstate 69 to allow for groups of five vehicles to broadcast speed, distance, and traffic issues as directed over the frequency, said Alex Kade, chief system architect in ground vehicle robotics for the Tank Automotive Research, Development and Engineering Center.

If the testing is successful, the technology could save the lives of soldiers serving overseas, according to officials.

Kade said the advancement of driverless vehicles could help cut down on accidents and dangerous combat situations for soldiers, especially in places where bombs and improvised explosive devices could be hidden.

The stretch of I-69 in St. Clair and Lapeer counties in Michigan was chosen for the testing because of its proximity to and international border crossing and to the Tank Automotive Research, Development and Engineering Center’s headquarters at the U.S. Army Detroit Arsenal in Warren, said Doug Halleaux, the center’s public affairs officer.

Interstate 69 will remain open to traffic during the testing period.