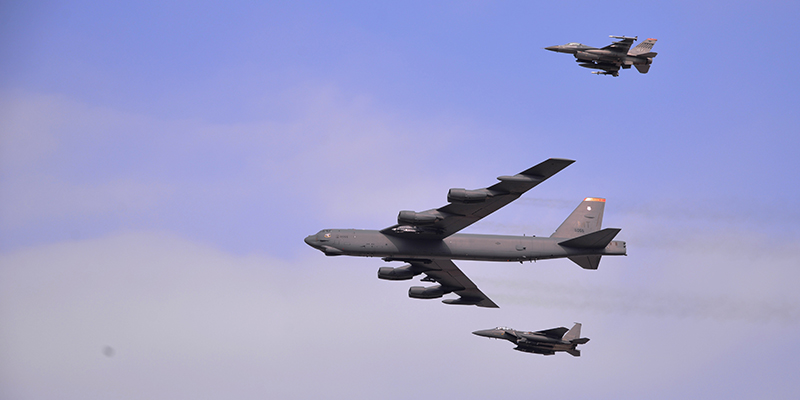 A U.S. B-52 Stratofortress from Andersen Air Force Base, Guam, conducted a low-level flight in the vicinity of Osan Air Base, South Korea, in response to a recent nuclear test by North Korea, according to a U.S. Pacific Command news release issued Jan. 9.

The B-52 was joined by South Korean F-15 fighter aircraft and U.S. F-16 Fighting Falcons, the release said.

“This was a demonstration of the ironclad U.S. commitment to our allies in South Korea, in Japan, and to the defense of the American homeland,” said Adm. Harry B. Harris Jr., the PACOM commander. “North Korea’s nuclear test is a blatant violation of its international obligations. U.S. joint military forces in the Indo-Asia-Pacific will continue to work with all of our regional allies and partners to maintain stability and security.” 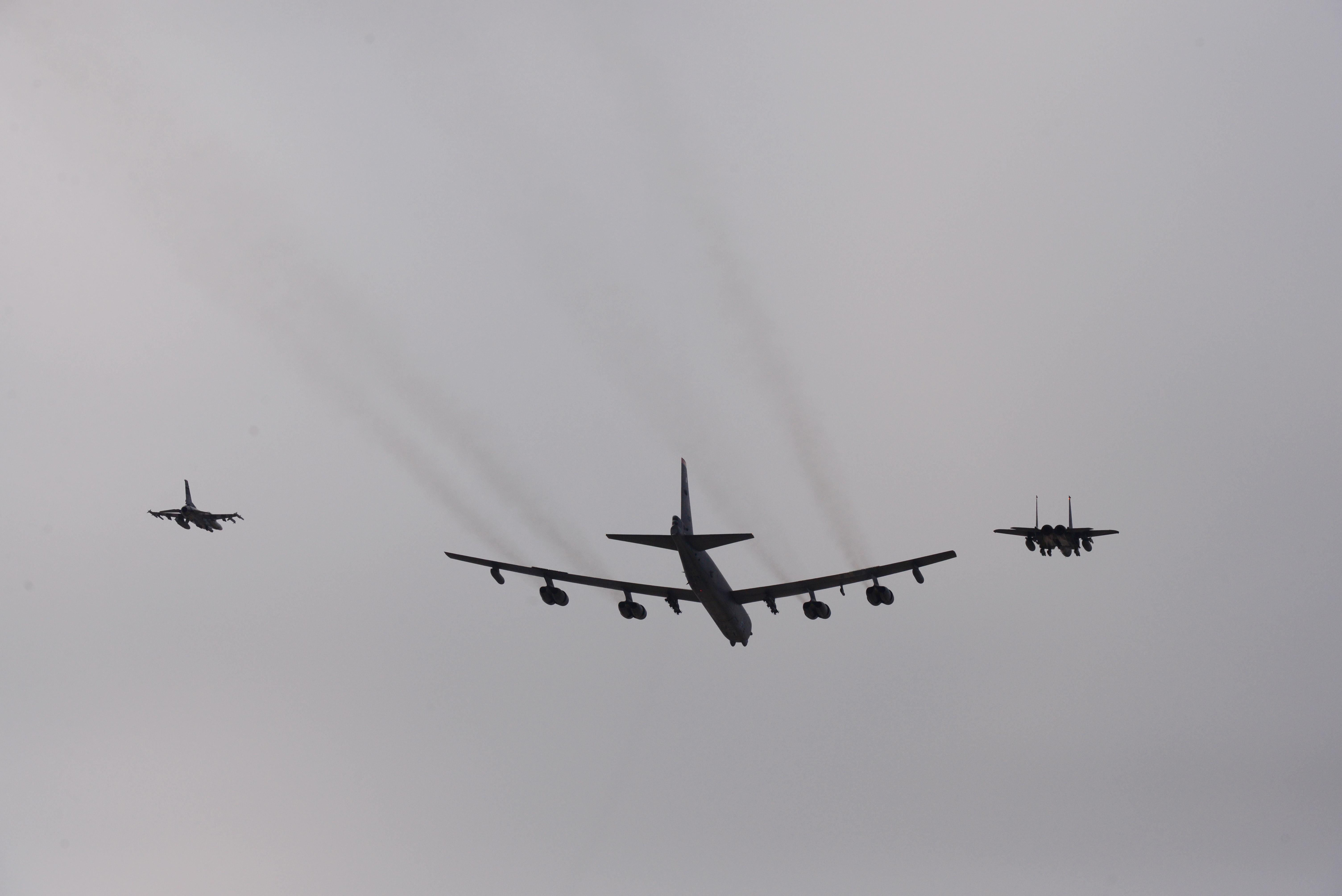 The bilateral flight mission demonstrates the strength of the alliance between the U.S. and South Korea and the resolve of both nations to maintain stability and security on the Korean Peninsula, the release said.

Headquartered in Hawaii, PACOM is responsible for all U.S. Air Force, Army, Navy and Marine Corps forces over half the Earth’s surface, stretching from the waters off the west coast of North America to the western border of India, and from Antarctica to the North Pole.

The B-52 is a long-range strategic bomber and part of the command’s continuous bomber presence in the Indo-Asia-Pacific. Upon completion of the flight over South Korea, the B-52 returned to Guam, the release said.