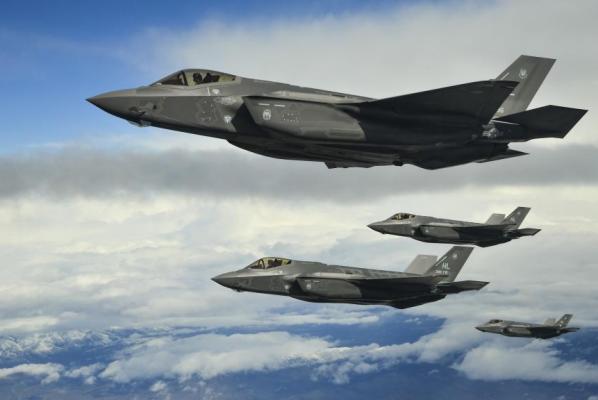 In a statement released by the U.S. Department of Defense on Friday, the Pentagon revealed the Air Force will participate in training events alongside NATO and other U.S. forces to support the European Reassurance initiative.

U.S. and NATO troops have intensified military activity in the region as a show of force against Russian aggression. Exercises recently included tank maneuvering drills with Polish forces in March.

The Pentagon said the deployment marks a milestone for the F-35 program and offers a chance to “further demonstrate the operational capabilities” of its 5th-generation fighter. Bases in Europe are scheduled to house the jets on a permanent basis in the early 2020s.

The F-35 program has been met with controversy over its cost overruns and delays in development. The White House recently signaled greater enthusiasm for the project after the Trump Administration signed off on the procurement of an additional 90 planes.