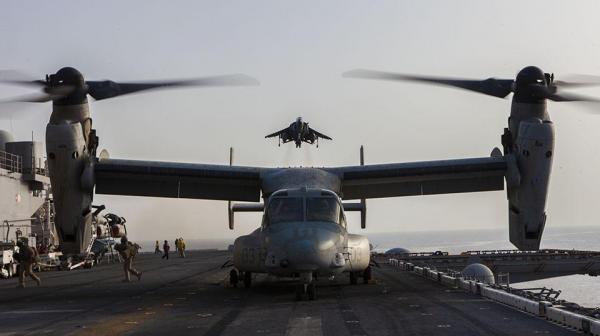 The Marine Corps is setting up a pilot program to install Wi-Fi in its aviation hangars. The first such system started information at Marine Corps Air Station New River, North Carolina in January.

Marine Corps Systems Command and Headquarters Marine Corps Command, Control, Communication and Computers, is overseeing the program. It is hoped that it will improve logistical capabilities such as ordering parts and tracking maintenance. It will allso provide access to technical specifications to aid in complex repair tasks.

The primary concern over the system is security. Hackers may be able to infiltrate the system, steal information, or wreak havoc with operations. Capt. Mary Beth Bloom, lead action officer for wireless believes that security for the system will be sufficient.

“It was during a Marine aviation conference last year that MAG-29 [Marine Aircraft Group 29] shared a brief highlighting that WiFi internet is a smart capability to increase speed and accuracy when maintaining aircrafts,” Bloom said in a press release. “Setting up wireless internet has always brought on the idea of security vulnerabilities. With our current security, we are able to use certificates authentication as a level of protection when verifying who the users are.”

“We can also restrict laptops to a specific wireless network in order to prevent information from leaving the hangar,” she added.

The system will include ruggedized laptops called Portable Electronic Maintenance Aids that will contain technical manuals and diagnostic programs.

The first system at New River is expected to be completed by the summer of 2017. The program is expected to expand to at least 20 other units in the future.